Break Out The Old Spice - Big Chilli Is On The Horizon 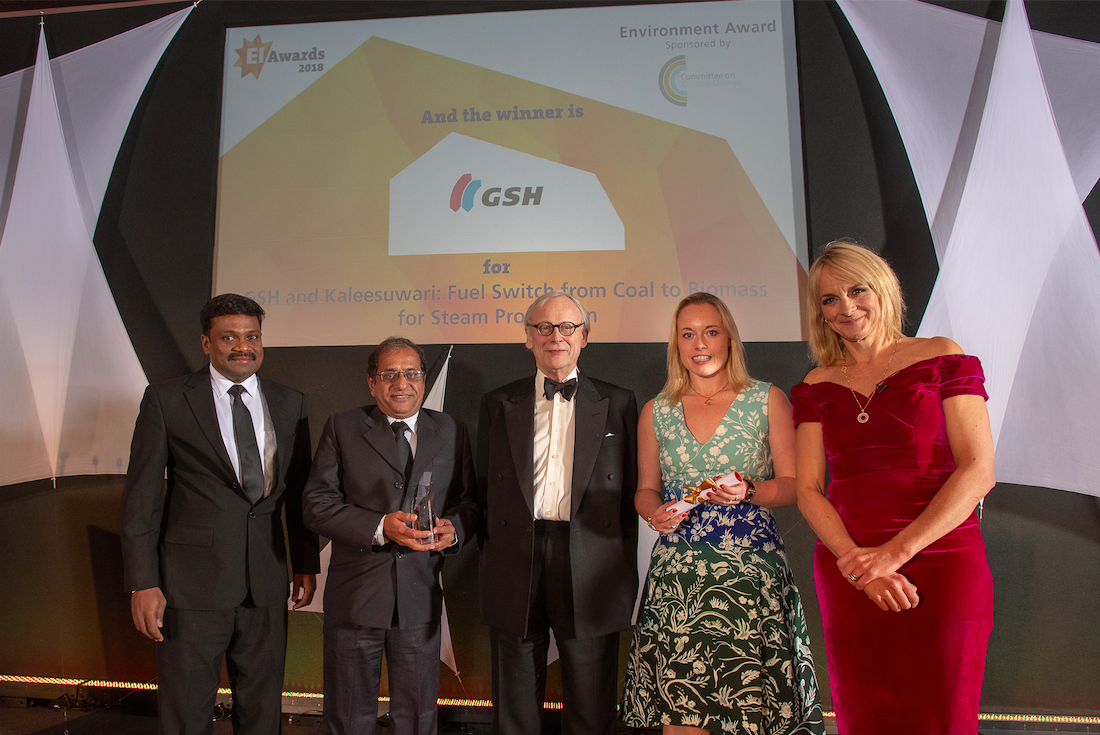 GSH has won a major environment award - for replacing coal with turmeric! Rumour has it that the company will be adding chilli to the menu of coal replacements.

The Environment category at this year’s Energy Institute Awards went to GSH Group India for its work with Kaleesuwari - switching from coal to biomass products, including turmeric and sawdust, to produce steam for its refineries in India.

The announcement was made last week (November 22) at the Sheraton Grand London Park Lane. The awards recognise schemes and projects that enhance the environment or offset carbon emissions including a demonstrable commitment to managing the risks of energy to the environment and reducing the carbon footprint of the industry.

GSH faced fierce competition in this category – including a project to reduce air pollution in Beijing and another in an Iranian gas refinery.

GSH has worked with Kaleesuwari since 2015 managing its refineries in India to produce steam used in the extraction of oils from nuts, seeds and other raw materials for sale into the food markets in the country. In November 2017 they started to mix biomass – including sawdust, wood charcoal powder and turmeric – with coal as a fuel for the fluidized-bed combustion boilers in two power refineries in Palani and Chennai.

Over the course of the following six months, this increased to 60% and 20% biomass respectively, and GSH achieved a 60% reduction in CO2 emissions together with a 15% reduction in the cost of steam. Biomass ash content is low compared to coal, making for easy and more environmentally-friendly disposal. And the products, which are sustainably sourced from close to the refineries, are safer to store.

The results have been so positive that GSH is now in the process of switching over completely to biomass and increasing the range of biomass products it uses including chilli powder.

The EI Awards, now in their 19th year, is run by the Energy Institute. President Malcolm Brinded said: “Beating climate change – while extending the tremendous benefits of energy to all populations - calls for innovation and a lot of hard work, by many smart people, all around the world.”