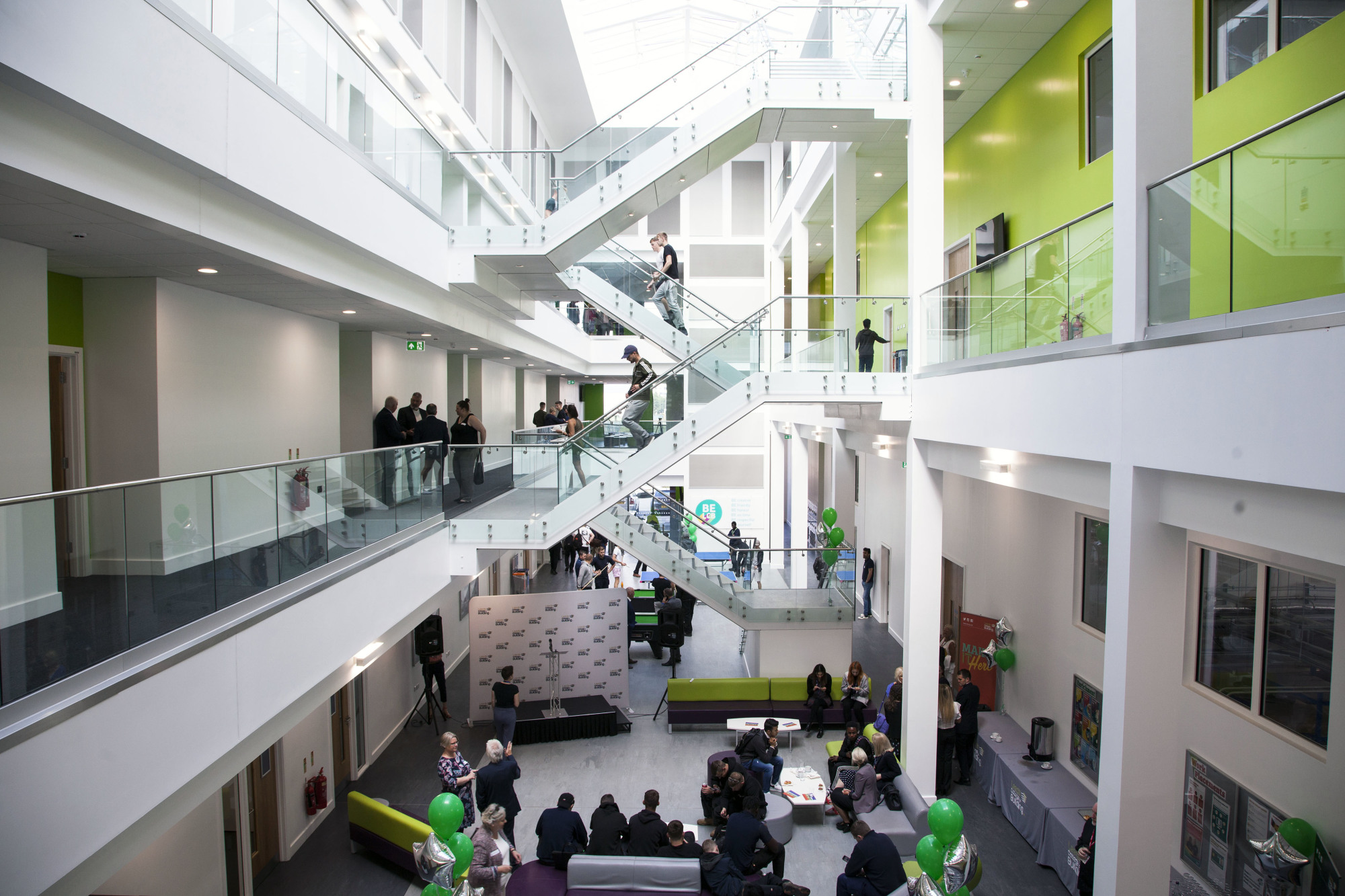 Leeds College of Building have expanded their estates portfolio as phase two of the South Bank Campus, a £13-million development, has officially opened.

Designed by Fuse, this phase-two development sits in a prominent position alongside the existing college building (also designed by Fuse and opened in 2015). The new state-of-the-art 5,200 square metre, four-storey building boasts a range of classrooms, workshops and a dynamic central atrium, which acts as the building’s main communal and circulation space.

A large proportion of Leeds College of Building’s 6,000 students will attend the two South Bank sites, with the remainder using the College’s North Street Campus (which benefitted from £1-million of the funding for refurbishment and the relocation of one of the largest Painting & Decorating training facilities of its kind in the UK).

“That is why we have provided £11.9m through the Local Growth Fund to support the Leeds College of Building’s South Bank Campus.  The project will provide world class, state-of-the-art training facilities where students can progress from entry level to degree level, helping to meet the skills gap and needs of the construction industry.”

“The building will be the new home for a range of traditional courses, including mechanical and electrical, plumbing and heating programmes, as well as enabling us to provide more training in the ever-expanding area of BIM technology. The building will also offer purpose-designed classrooms for the College’s Higher Education courses.”