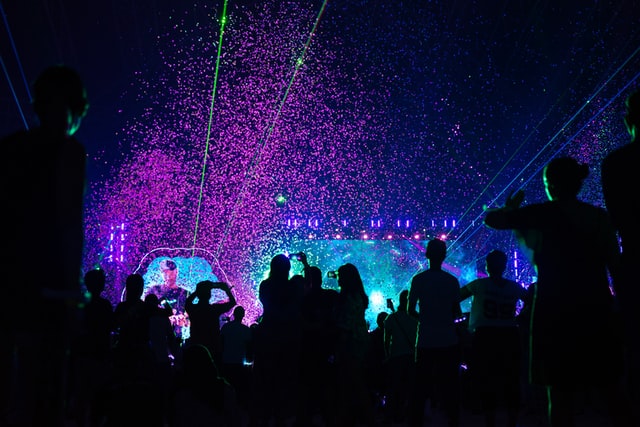 The British band is aiming to reduce their tour-related emissions by 50 per cent, the remaining unavoidable emissions will be removed by a portfolio of carbon removal solutions.

Coldplay has selected Climeworks’ direct air capture and storage as the only technological approach included.

"We’ve spent the last two years consulting with environmental experts to make this tour as sustainable as possible, and, just as importantly, to harness the tour’s potential to push things forward. We won’t get everything right, but we’re committed to doing everything we can and sharing what we learn. It’s a work in progress and we’re really grateful for the help we’ve had so far."

In 2019, the band publicly raised their concerns over the environmental impact of their concerts, telling BBC News that “We're taking time over the next year or two, to work out how our tour can not only be sustainable [but] how can it be actively beneficial."

In an official statement, Coldplay said that as well as their carbon goals, as part of their pledge the tour will fund the planting – and lifelong protection of – millions of new trees, including one tree for every tour ticket sold.

The band commented: “Playing live and finding connection with people is ultimately why we exist as a band. We’ve been planning this tour for years, and we’re super excited to play songs from across our whole time together. At the same time, we’re very conscious that the planet is facing a climate crisis.

“So we’ve spent the last two years consulting with environmental experts to make this tour as sustainable as possible, and, just as importantly, to harness the tour’s potential to push things forward. We won’t get everything right, but we’re committed to doing everything we can and sharing what we learn. It’s a work in progress and we’re really grateful for the help we’ve had so far."

Leading scientific studies indicate that by mid-century 10 billion tons of CO2 will need to be removed from the air every year to keep global warming in line of the limits of the Paris Agreement.

Picture: a photograph of the Climeworks air capture plant

The plant has the capacity to capture 4,000 tons of CO2 per year, which will be removed from the air safely and stored permanently through the Carbfix natural mineralization process.

Picture: a photograph from a Coldplay concert, showing the stage and the crowd

EMEX is back for an in-person event on 24 and 25 November 2021 at the ExCeL Centre in London, empowering the UK’s largest community of leading sustainability,...

With just weeks to go until EMEX, the net-zero and energy management expo, ThisWeekinFM takes a look at just some of the interesting speakers presenting at the...