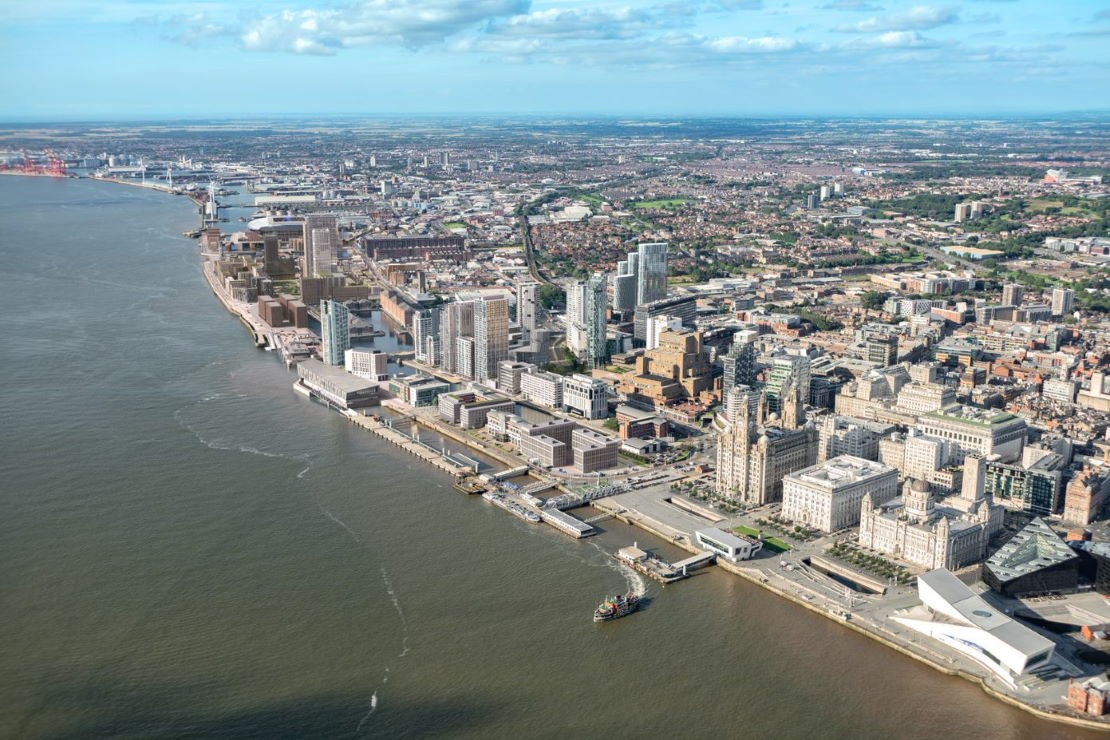 Liverpool has lost its World Heritage status, in part due to the construction of Liverpool Waters, a massive redevelopment of the historic docklands north of the city centre.

UNESCO's committee placed the city on the "danger list" in 2012, citing that the Liverpool Waters development will alter the skyline and profile of the site, fragmenting and isolating the different dock areas visually. The committee warned that if the Liverpool Waters project was implemented, Liverpool may entirely lose the "outstanding universal value" for which it was given World Heritage status.

This £5 billion regeneration scheme has outline planning permission for over 315,000 sq.m. of quality office space, 53,000 sq.m. of hotel and conference facilities, a new cruise liner terminal plus many more amenities including retail and leisure facilities and parking.

Following a secret ballot in China, the city has been removed from the list of World Heritage sites.

"We will show the world that regeneration and the protection of Liverpool’s heritage can happen together.”

Awarded in 2004 for its importance in trade during the British Empire and its architectural influence, Liverpool joins Oman's Arabian Oryx Sanctuary and Dresden Elbe Valley as the third site to lose its status since the list began.

Mayor of Liverpool Joanne Anderson told the Liverpool Echo "I’m hugely disappointed and concerned by this decision to delete Liverpool’s World Heritage status, which comes a decade after UNESCO last visited the city to see it with their own eyes.

“Our World Heritage site has never been in better condition having benefitted from hundreds of millions of pounds of investment across dozens of listed buildings and the public realm."

“UNESCO’s decision to remove Liverpool from its list of World Heritage Sites is very disappointing, particularly given the considerable investment that the city has put into protecting and improving its heritage sites in recent years.

"Without the World Heritage Site status, however, Liverpool’s rich history remains and Pier Head, the ‘Three Graces’ and the city’s many other fantastic historical assets will continue to attract visitors in their millions.

"Regeneration for this part of the city is vital and, like our partners across the city region, we are focused on delivering it - creating new homes, commercial space, amenities, public realm, leisure facilities and key infrastructure on previously disused brownfield land.

"We will show the world that regeneration and the protection of Liverpool’s heritage can happen together.” 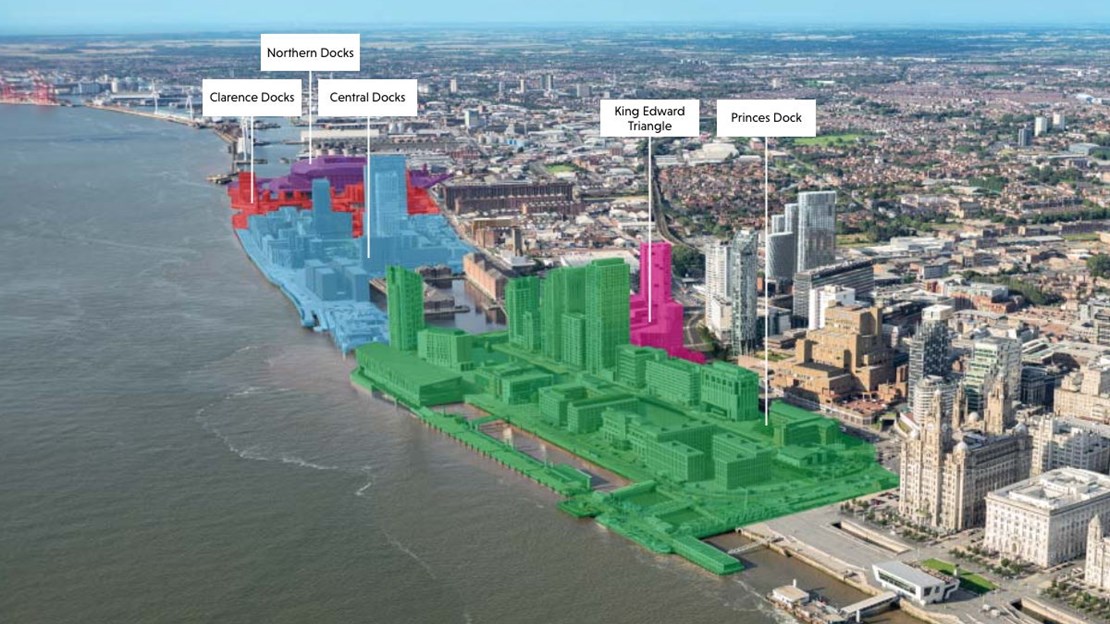 The Liverpool Waters development includes Everton football club’s new £500 million stadium at Bramley-Moore Dock, which is predicted to deliver a £1 billion boost to the city’s economy and provide up to 15,000 jobs for local people.

It is estimated that it will attract around 1.4 million visitors to the city and more than £255 million will be spent through the local supply chains.

The initial enabling works will include the repair and preservation of the Grade II listed dock wall, stabilising of the hydraulic tower located on the site, the preparation of demolition of existing non-listed structures, the development of welfare facilities for Laing O’Rourke construction staff and raking of the dock floor. Pipework will also be installed in preparation for the infilling of the dock. 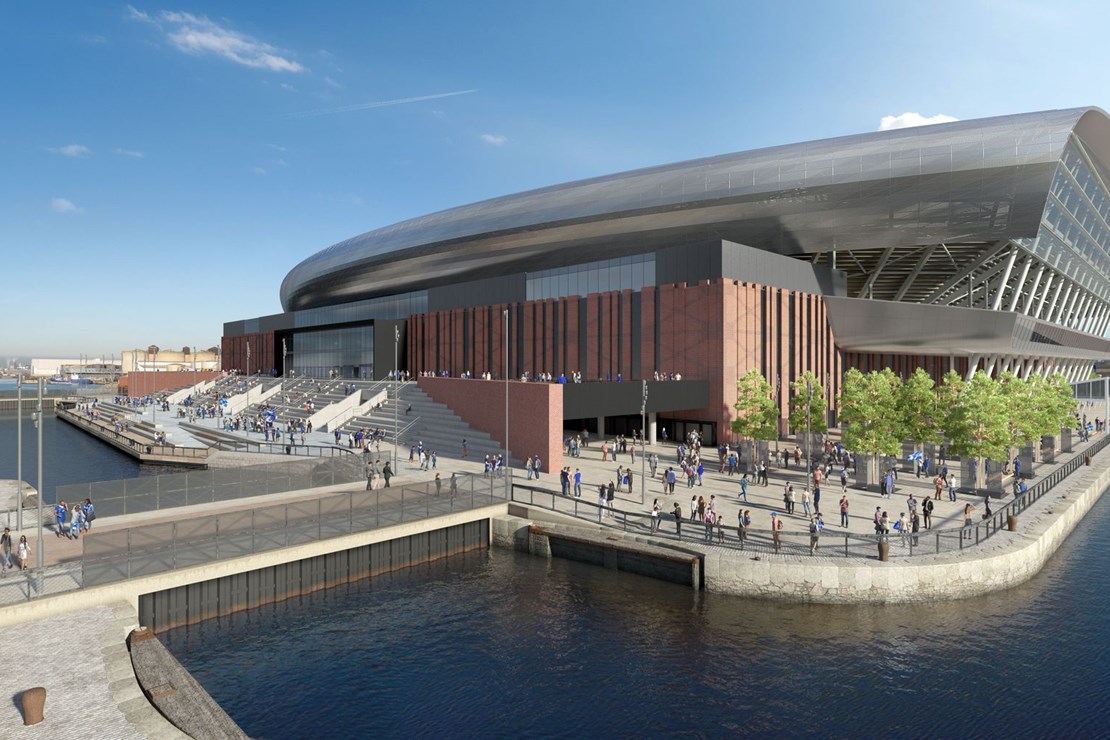 However, Historic England was invited to advise Everton FC and Liverpool City Council on the proposals and in May 2020 noted that the application should be refused because of the harm it would cause to Bramley-Moore dock and the World Heritage Site.

Historic England also stated that it would harm the historical character of the docks:

"We understand the attraction of this exceptional location and appreciate that there is a strong desire to build a new stadium that is sensitive to its surroundings and context. However, our advice stated that the proposal to infill the dock would fundamentally change its historic character as a water-filled basin which so clearly tells the story of the docks and has contributed to its status as a World Heritage Site."