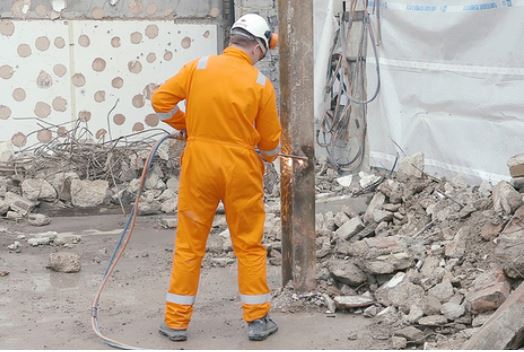 More than 120 extra businesses have registered to work with prisons and set offenders on a path to employment, Justice Secretary David Gauke has revealed.

Newly-registered businesses could join more than 300 already working in prisons.

The businesses have come forward in the 6 months since the launch of Government Education and Employment Strategy, which set out a series of measures to boost prisoners’ skills while in custody and improve their chances of securing work on release.

Reoffending costs the taxpayer £15 billion each year and evidence shows that ex-offenders in employment are up to 9 percentage points less likely to commit further crime.

A major focus of the strategy is to encourage a culture change within companies so that they see beyond an offender’s conviction to their potential as an employee.

The interested businesses span a range of sectors, including construction and retail, and they could join employers such as Virgin Trains, DHL and Recycling Lives which are among more than 300 around the UK already seeing the benefits of employing those with a criminal record.

From the Ministry of Justice, David Gauke said: "I believe that building up offenders’ skills and helping them into work encourages them to turn their backs on crime, benefitting them and society as a whole. I am delighted that so many businesses are recognising the value of giving ex-offenders a second chance and a job - their interest sends a clear message to offenders that if they work hard and behave well in prison then real opportunities await them.

"I would encourage more businesses to consider getting involved in our New Futures Network and help ex-offenders into work."

Andy Milner, CEO of Amey (which has a substantial FM arm), said: "At Amey, we believe in hiring the best people for the job, no matter what their background or history. For us, hiring ex-offenders is not only the right thing to do but it also makes good business sense."

Milner continued: "There is a growing skills gap within our industry and within our prison population there is a pool of highly motivated people learning new skills such as engineering, carpentry and plumbing who just need someone to believe in them to help change their lives.

"The ‘Passport into Employment’ programme we have in place as part of our prisons maintenance contract together with our waste recycling partnership with Recycling Lives is helping to support men and women to transform their lives and demonstrates our commitment to rehabilitating ex-offenders."

Other achievements since the strategy was launched include:

Picture: More than 120 extra businesses have registered to work with prisons.

Amey Consulting has won a property and estate management services contract with Southeastern. The infrastructure services and engineering consultancy will provide...