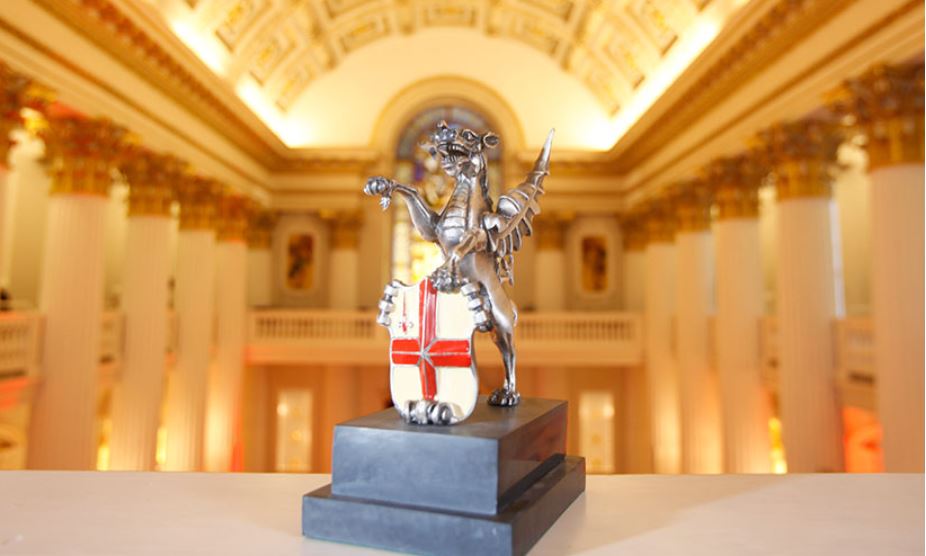 The City of London Corporation, which runs the awards, has announced that 20 firms, making a positive difference to society through their responsible business programmes, have made the cut.

Firms of all sizes and sectors made the list, including these three:

The Lord Mayor’s Dragon Awards also recognises the work of SMEs. This year SMEs Gate One, K&M McLoughlin Decorating, Formation Architects and N-Able have all been shortlisted for an award.

Over the last 32 years, businesses which have applied to the Awards have helped over 10 million people, mobilised 200,000 business volunteers and given nearly £250 million in donations and in-kind support to London’s communities.

Applicants for this year’s Awards have supported 2,511,004 people across the UK, and provided over £31,900,000 in support of their local communities, charities and enterprises. They mobilised 54,170 business volunteers who contributed over 194,131 hours to community groups, schools and individuals across the UK.

Previous Award winners have reported winning new contracts, improved internal relationships, stronger reputations and increased PR as a result of being recognised with an award.

All applicants will be invited to The Mansion House in September where the winners will receive a prestigious ‘Dragon’ from Peter Estlin, the Lord Mayor of the City of London. Estlin, said: “It’s fantastic to see so many firms putting such effort into their responsible business programmes.

“Congratulations to all the firms that have made the shortlist. It’s important we continue to shine a light on such effective and successful responsible business work, not only to celebrate these achievements but to encourage other firms to follow suit.”

Liz Williams, Director of Digital Society at BT said: “We have been shortlisted for the Lord Mayor’s Award for Leadership in Digital Skills, which recognises the huge commitment we have made to driving the UK’s digital skills agenda through the Barefoot programme. BT has funded and managed Barefoot in partnership with BCS since April 2015, engaging both teachers and volunteers to get free, world-class computing teaching resources into UK primary schools.

Rob Powell, Head of Pro Bono & Corporate Responsibility, Weil, Gotshal & Manges (London) LLP, said: “We’re shortlisted for the Lord Mayor’s Dragon Awards for the second year running. Our work with Micro Rainbow, in launching the UK’s first safe-house for LGBTI refugees and asylum seekers, has been a superb and hugely rewarding experience for our lawyers. The Awards are simply the most fantastic celebration of responsible business and we look forward to being part of it.”

Picture: The Dragon Awards are open to any organisations making a positive impact in any of the 33 boroughs in London. Applications for the 2019 Awards closed in April but reopen for 2020 in February  - www.dragonawards.org.uk