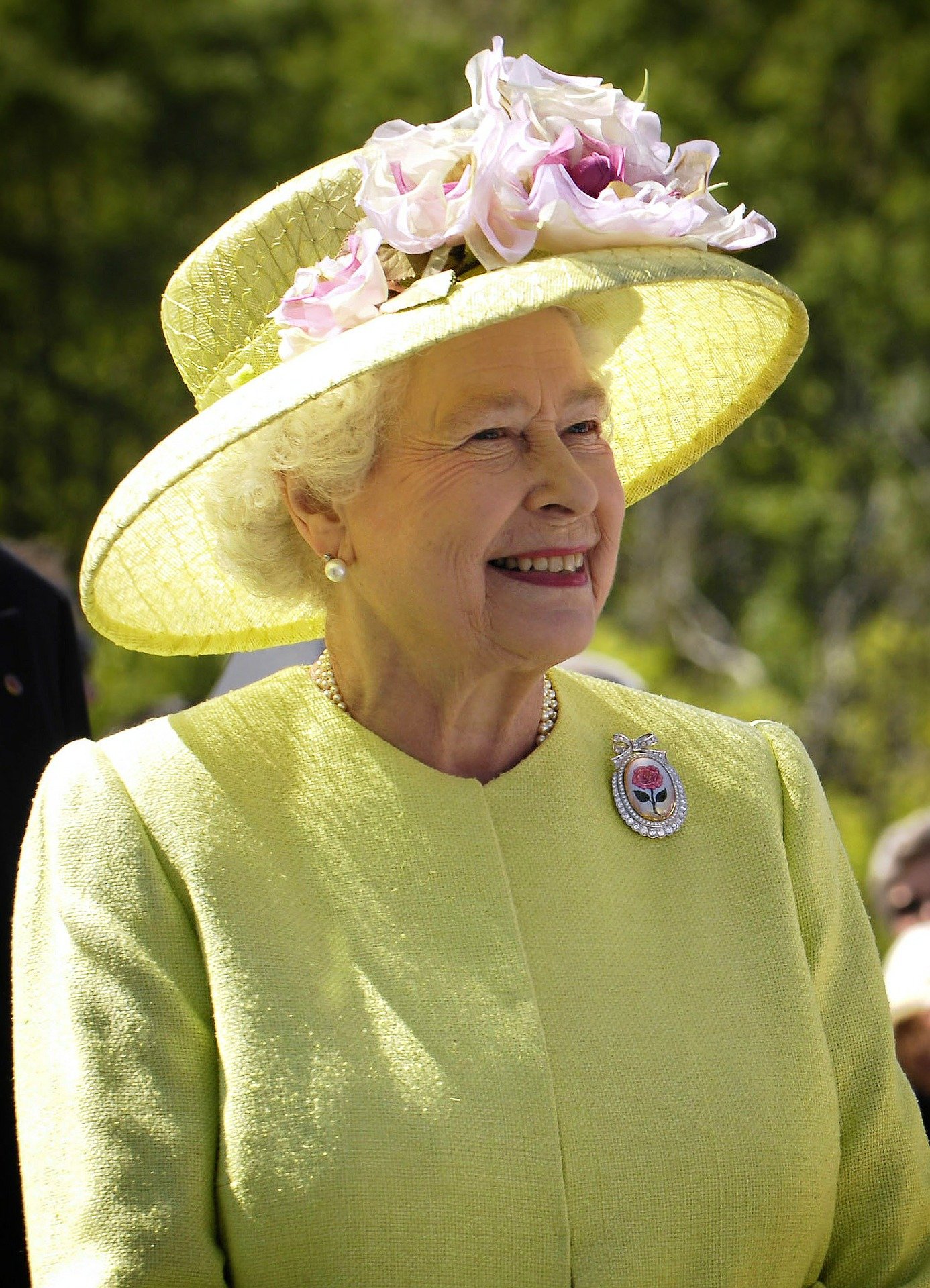 In the facilities and workplace management and built environment industry, several have offered messages of condolences on the death of Her Majesty Queen Elizabeth II.

Corps Security has a long affinity with the royal family. In 1901 His Majesty King Edward VII consented to head the Corps of Commissionaires’ board of governors. Maintaining this tradition, the reigning sovereign has continued this royal patronage in the office of Chief Life Governor ever since.

In 2009, Corps celebrated its 150th anniversary with a reception hosted at St James’s Palace by HM Queen Elizabeth II and HRH The Duke of Edinburgh.

Corps offered the following statement: “The Corps of Commissionaires is deeply saddened by the death of Her Majesty Queen Elizabeth II.

“Since ascending to the throne in 1952 as sovereign, Her Majesty continued the tradition set by His Majesty King Edward VII in 1901. We will forever be proud of Her Majesty’s royal patronage as the head of the Corps of Commissionaires’ list of governors and Chief Life Governor to our organisation.

“The entire Corps family, past and present, offers our sincere condolences to the Royal Family at this very sad time. We join the rest of the world in celebrating the life, dedication, and remarkable achievements of Her Majesty, whose legacy will continue to inspire generations to come. Her 70 years of service has shaped our nation, the Commonwealth and, indeed, the world for the better.

“May Her Majesty rest in peace.” 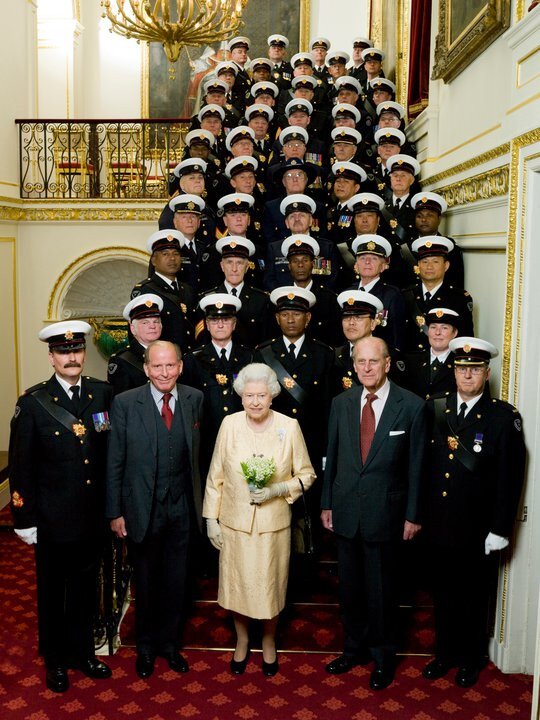 Picture: a photograph taken at St James’ Palace for The Corps of Commissionaires’ 150th birthday, attended by The Queen and Duke of Edinburgh. Image Credit: Corps Security

In a statement published on their website, RICS said: “We would like to express our deepest sadness and condolences at the death of Her Majesty Queen Elizabeth II.

"Ruling for longer than any Monarch in British history, her lifelong devotion and commitment to public service as Sovereign for the UK and Commonwealth will never be forgotten.

"Having just celebrated her Platinum Jubilee earlier this year, the public were reminded of her selfless commitment to her role as both a unifying and steadfast figurehead throughout seven decades of change.

"Her Majesty the Queen was the longest serving patron of RICS, and we had the privilege of welcoming her to the RICS London Headquarters to mark our 150-year celebration in 2018. During her visit, the Queen toured the building and met members of the profession – a truly momentous occasion for all involved. Her presence on this day and her unwavering commitment to her RICS patronage will remain a special and important part of our history.

“Our heartfelt sympathies lie with the Royal Family at this time of mourning.”

Linda Hausmanis, IWFM’s Chief Executive, said: “IWFM and its community of members join the nation in mourning the passing of Her Majesty Queen Elizabeth II. Our thoughts and prayers are with the Royal Family during this difficult time.

Her sense of duty and humility made her a beacon of hope. We will forever remember her strength, determination and unequivocal sense of public service.

As we enter a period of national mourning, we will be pausing our usual member communications. We are, as always, here to support you; if you have any questions or queries during this time, please do reach out to our teams who are here to support and help.

"Her late Majesty’s sense of service, integrity and selfless commitment is something that is particularly recognised and respected by those who have served, or still serve in the Royal Navy, Army and Royal Air Force and there will be Veterans amongst us who will find this period of national mourning challenging as it may leave them sombrely thinking about their previous career, those they served alongside and their own experiences in uniform."

Offering support to ex-forces personnel working in the FM industry, Garrath Williams, Director of Veteran Engagement at JobOppO said: “Every man or woman who has served in the British military, and other militaries from around the world, swore an Oath of Allegiance to Her Majesty Queen Elizabeth II, and her sad passing will undoubtedly deeply affect large numbers of those who once wore her uniform.

“Her late Majesty’s sense of service, integrity and selfless commitment is something that is particularly recognised and respected by those who have served, or still serve in the Royal Navy, Army and Royal Air Force and there will be Veterans amongst us who will find this period of national mourning challenging as it may leave them sombrely thinking about their previous career, those they served alongside and their own experiences in uniform.

“Her Majesty Queen Elizabeth II, as His Majesty King Charles III will, expected a great deal from those who served in the military and the military continues to espouse the values that make a difference.

“May The Queen rest in peace. Long live the King.”

In memory of the Queen, Sodexo has provided an online book of condolences for their employees and customers:

The Chartered Institute of Wastes Management was granted a Royal Charter from Her Majesty Queen Elizabeth II in 2002 and published a statement of condolence:

“CIWM was saddened to hear the news yesterday that Her Majesty Queen Elizabeth II had died. Along with the rest of the country, we enter a period of mourning as we remember our longest-serving monarch, a person that was much loved by so many people across the land.

“The Institution has an obvious link to the Queen, having been granted a Royal Charter from her in 2002. The Charter recognises that the Institution has a solid record of achievement and is pre-eminent in its field. The award of the Charter has to be seen as demonstrably in the public interest - in effect, it has become "part of the fabric of the nation" and has a responsibility to work for the benefit of all inhabitants of the United Kingdom and overseas. These last elements are words that can justifiably be attributed to the Queen herself, reflecting her unwavering dedication to public service throughout her life. For our members, her long reign meant she was a part of the fabric of our everyday lives, and she always had the interests of the citizens of our country foremost in her mind.

“It was a great honour to become a Chartered Institution. To have received it from the longest-serving monarch, who was held in such high regard by so many, only enhances that award. The Institution will continue to work hard to repay the faith shown in us, to work for the greater good, and to work for the people and communities that we live in, serve and represent.”