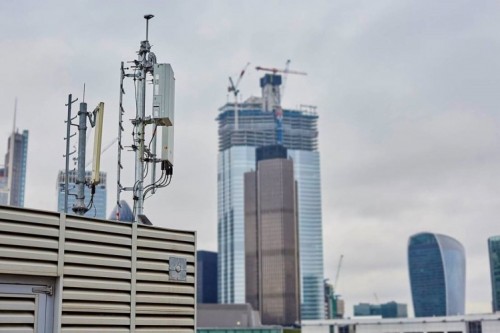 After Three UK declared it will introduce 5G services that will compete with wired broadband, EE (part of the BT Group) has said it will be launching 5G within 16 UK cities in 2019.

The Everything Everywhere (or the nothing anywhere as I like to call it - Ed) says it will be switching on 5G in the busiest locations across London, Cardiff, Edinburgh, Belfast, Birmingham and Manchester as a phase one of launch.

EE 5G smartphones will be introduced alongside a 5G Home router with external antenna for 5G broadband. Like three UK, EE is also building a next generation 5G core network, with virtualised network functions on a cloud native infrastructure.

EE claims they have chosen locations where the power of 5G technology can really make a difference by providing a more reliable data connection to business and consumer customers, even in the biggest crowds.

The BT Technology team is virtualising elements of the core network for 5G rollout The BT 21CN backbone network is Petabit-class and will ensure the future-proofed scale required to enable a world-leading 5G experience.

Marc Allera, CEO of BT’s Consumer division, said: “Adding 5G to our 4G network will increase reliability, increase speeds and keep our customers connected where they need it most.

"We'll keep evolving as we move to one, smart network for our customers. We have an ambition to connect our customers to 4G, 5G or Wi-Fi 100% of the time.”

The 5G rollout strategy is determined by the number of business and consumer customers the EE network connects in busy places, and the amount of data those customers use. For example, in the last three months alone, more than 2.1 million individual customers connected around Waterloo station, with just one site at the station carrying more than 100 terabytes of data per day.

The first 1,500 sites that EE is upgrading to 5G in 2019 carry 25% of all data across the whole network but only cover 15% of the UK population. EE is upgrading transmission to 10Gbps links at each 5G site, and has tested the new links at its trial sites in Canary Wharf and across East London. New devices and functionality are being tested in a state-of-the-art Borehamwood test lab.

EE is still upgrading 4G sites as part of its overall network strategy, while turning 3G signal into 4G to enable more spectrum. As well as increasing capacity, EE is expanding 4G coverage into rural parts of the UK. EE has built more than 350 brand new sites in 2018 alone.

In August, RootMetrics travelled 20,928 miles, and undertook 593,008 tests (including calls, data and text messages), of all four of the UK networks across England, Scotland, Wales and Northern Ireland, in the first six months of 2018 - EE came out tops for service reliability.

An agreement has been reached by Uros with ZTE to launch its 4G system on the global market. Using its Goodspeed mobile internet service for what it describes as...