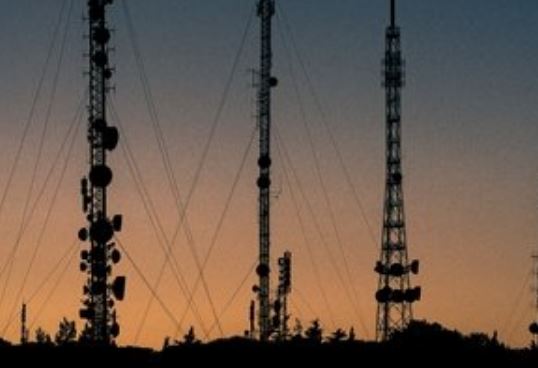 5G will transform not just the speed of our mobile phones but also how our properties can communicate with each other, yet the average John, Jan, Jessica or Jim knows very little about it.​

And the real estate sector’s knowledge is particularly patchy when it comes to this next wave of connectivity, according to research from Cluttons, who say overall lack of preparedness for 5G across the UK presents a wide range of opportunities for developers, landlords and occupiers.

A 5G connection is set to be between 100 and 1,000 times faster than 4G. Downloading an HD movie could take about 10 seconds. On top of that, the much faster capability for data transmission will allow millions of devices to be connected simultaneously, which takes the benefits of 5G way beyond the realm of smartphones.

According to Cluttons' analysts, a building could connect thousands of devices at the same time, for example, while driverless cars could connect with traffic systems, other cars, buildings and more.

Deloitte predicts that although adoption of 5G will be slower than that of 4G. The company predicts that about 20 vendors will launch 5G-ready handsets globally in 2019, shipping about 1 million 5G handsets out of a total 1.5 billion handsets sold. In the UK, shipments could total about 50,000 handsets, growing to 2 million to 3 million in 2020. EE/BT, Vodafone, O2 and 3 UK have either launched or are planning to launch their 5G offerings at some point between 2019 and 2020, though a full rollout will take several years.

Intel’s Next 50 study found that 95% of ‘tech elites’ believe 5G will be one of the most important technologies to emerge in the next 50 years. However, it seems that those outside the tech spheres don’t really know it’s coming.

The opportunities in infrastructure

The immediate opportunity for the real estate sector, according to Cluttons, is that it’s not just people who are unprepared for the arrival of 5G, it is our infrastructure.

“London badly needs new infrastructure if it is to improve its connectivity compared to other European cities,” Cluttons Head of Real Estate Management John Gravett said. "To make meaningful use of the new technology, the UK needs to make considerable infrastructure improvements in terms of towers, antennas and small cell solutions that are hitting the market. However, getting the UK’s cities to the infrastructure level required is not only a technical challenge but will require collaboration and consensual negotiation between telecoms operators and landlords in the built environment.”

The mobile phone network giants have already written to the new Prime Minister to say his ambitions for the rollout of even basic connectivity to more rural areas will be thwarted if planning regulations are not relaxed. (Those companies have also said that if Business rates are applied to new installations in the way they are now, a lack of willing investment will also hold thing up.) The joint issues of planning and cost are going to be big barriers to further 5G rollout apart from in cities where overwhelming demand makes it attractive to the network providers.

Gravett said: "In the city environment, there is real opportunity for landlords and property owners to rent space for masts to telecoms operators, an opportunity that is only going to grow once use of 5G becomes more widespread. The more devices there are that need to be connected, the more masts will be needed.

"However, revenue from renting space for masts won’t be huge but the financial benefits of better connectivity across real estate should be a real reason to collaborate."

Cluttons’ connectivity research found that employees are more satisfied with their roles if their office is better connected and 48% are willing to pay more for better digital connectivity at their place of work.

Many landlords already recognise this. The majority (65%) of the UK’s commercial landlords have already undertaken work to improve the connectivity of their buildings. Of the 200 landlords surveyed, 76% have increased rental yields by making improvements to the digital infrastructure of their buildings.

“Landlords need to recognise that 5G and improved connectivity will benefit them by increasing the overall value of their property assets,” said Gravett. “The commercial value of a well-connected property thanks to increased rental revenues, minimising voids and having happy tenants due to higher staff retention and the ability to work more efficiently, should not be underestimated.”

Picture: Revenue from renting space for masts won’t be huge but the financial benefits of better connectivity across real estate should be a real reason to collaborate.