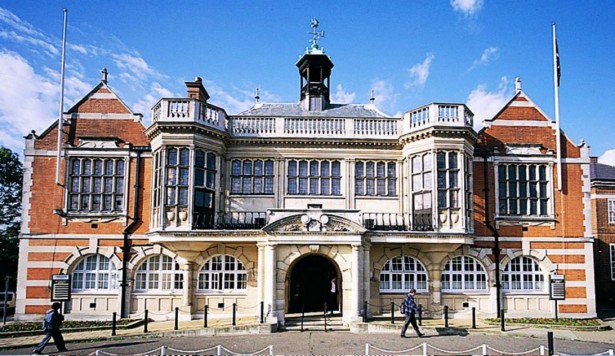 2019 started off very slowly but in the second week back there has been a flurry of new contracts signed including B38 winning Ink Global and Sodexo flying high at Leonardo Helicopters.

Ink Global – the in in-flight magazine publisher has awarded their global HQ facilities management (technical services and soft services including cleaning) contract to B38 Group.

B38 will take over the majority of services in March 2019 from a number of existing suppliers to consolidate maintenance and cleaning activities at the Ink Global HQ in London.

The contract ranges from reactive maintenance supported by a 24/7 helpdesk operation through to compliance such as electrical testing. Soft services including cleaning & washroom.

Sodexo has been awarded an integrated FM contract with Leonardo Helicopters UK business for seven years.

Since 2012 Sodexo has worked closely with Leonardo, successfully rationalising the delivery model by increasing the self-delivery of services by 20%.

The new IFM contract worth around £41million over the term includes the delivery of a wide range of 30 hard and soft services including all planned and reactive services ranging from cleaning, security access systems, waste, grounds maintenance, asset management, technical services (electrical, mechanical, HVAC & civils) and helpdesk delivered to Leonardo Helicopters' UK business.

Paul Coombs, Head of Site Facilities at the helicopters firm said: “The award of a new contract after successfully winning a challenging commercial tender is a clear demonstration of the quality and value for money offered by the Sodexo bid. The new contract will build on the partnering success that we have enjoyed over the last six years and will deliver further innovation in the delivery of services.”

CH&CO has entered a partnership with Harrogate Convention Centre. The independent caterer has been awarded the catering and hospitality contract for the conference, exhibition, event and entertainment venue.

The new deal, which is worth £10 million in turnover over the duration of the contract, strengthens CH&CO’s foothold in the conference and exhibition venue market.

CH&CO is responsible for the entire food and drink offer across the site, including event hospitality for conferences through to galas and parties; four grab-and-go style retail outlets across the exhibition halls; four bars (three in The Royal Hall and one in the auditorium); and a fleet of interlocking and interchangeable mobile units to extend the overall scalability of the operation and provide additional food and drink support when needed.

Norse Group has been awarded the cleaning contract for Barnet London Borough Council. Under the three-year, £1 million per annum agreement.

Norse will take over responsibility for the daily and periodic cleaning of a portfolio of Barnet Council premises, including Civic Offices, libraries, schools and other educational facilities.

Under the new agreement over 100 operational staff will TUPE transfer into The Norse Group.