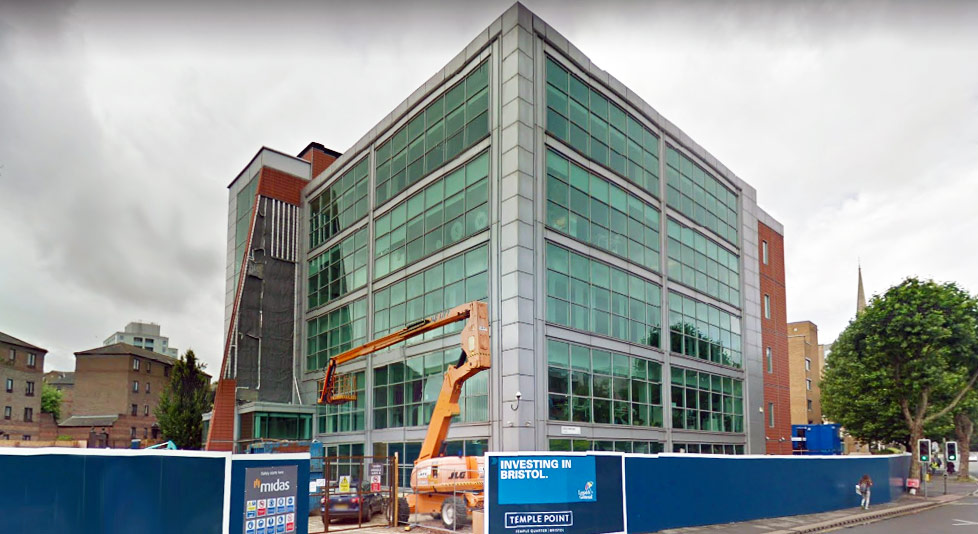 Temple Point, Bristol, has entered its final phase of thermal insulation work for Western Thermal - this is just one of a multitude of high profile jobs for the firm.

The £6 million redevelopment of the five storey office building is currently undergoing a thermal insulation refurbishment to its internal office space, reception and meeting area.

The main contractor for the project is Midas Construction, on behalf of Legal and General, with Western Thermal’s client being Briggs & Forrester.

Phillip Jones, Executive Operations Director at Western Thermal, said: “There is a lot of development going on throughout the country and we've got lots of projects on the go and a good pipeline.”

Western was awarded the contract in September 2017.

Recently, Western Thermal had completed phase one at Battersea Power Station before main contractor Carillion went bust and was in talks for the second stage of work. However, Skanska Rashleigh Weatherfoil was Western Thermal’s client.

Battersea Power Station is a massive ongoing residential and commercial project. Western installed 100km of armaflex thermal insulation material within all 862 apartments at the 42-acre site.

Western has also been awarded the infrastructure phase at Southbank Place, a mixed use property development of more than 800 new homes, along with offices, restaurants and shops.  There are 23 cranes on site with up to 15 operating at the same time, with 4,000 tonnes of structural steel being used.

The former Shell Centre is the core of the complex with thermal insulation and trace heating work being finished by the company, which is also installing traditional canvas and paint specification consistent with contract specifications.

The £1 billion project is being developed by Braeburn Estates, a joint venture between Canary Wharf Group and Qatari Diar Real Estate Investment Company.  The main contractor is Canary Wharf Contractors and Western Thermal’s contract is with NG Bailey.

Western has entered into its final phase of thermal insulation and trace heating work for Number One Blackfriars, known colloquially as The Vase.

Thermal insulation and trace heating work is being completed on a wide range of mechanical and public health systems throughout the 54-storey building and its basements.

Western Thermal is also working on the former Sainsbury’s Group Head Quarters and other core elements of the £140 million project that spans 74,925sq.m and includes 274 homes, including commercial space at ground level.  The Company has also been working on the building’s new four star hotel, which is located on the lower three levels.

Michael Slater, Executive Operations Director said:  “The Vase skyscraper is a rich addition to London’s skyline and adds to our fast-growing residential project portfolio.  Our clients are asking increasingly for our thermal insulation offering in conjunction with our trace heating specialism.”

Western’s client for Number One Blackfriars is Designer Group, with Brookfield Multiplex Construction Europe Ltd being the main contractor.

SPIE UK has begun work at Arlington’s Gloucester Business Park, for a building services contract worth close to £2.5 million. Arlington is a specialist...

No Budget For Adequate Indoor Air Quality Precautions in Schools

When schools re-open fully in September, only very basic indoor air quality precautions will be taken due to tight budget constraints, according to BESA.  This is...

One of the most common workplace grievances is around comfortable working temperatures, and never more so when in the midst of a heatwave. As the UK looks set to...

Ventilation a Key First Step to Prepare Pubs for Reopening

Evaluating ventilation systems before pubs reopen on 4 July is one of the first steps to take before reopening, as laid out in the government’s new guidance. In...

Before a building is reoccupied, there needs to be a thorough re-evaluation of air conditioning and ventilation systems, according to the Chartered Institution of...

What Preventative Maintenance is Required to Keep Heating Systems Safe?

As the UK lockdown continues, building owners must be vigilant about implementing preventative maintenance to protect heating systems in their empty...