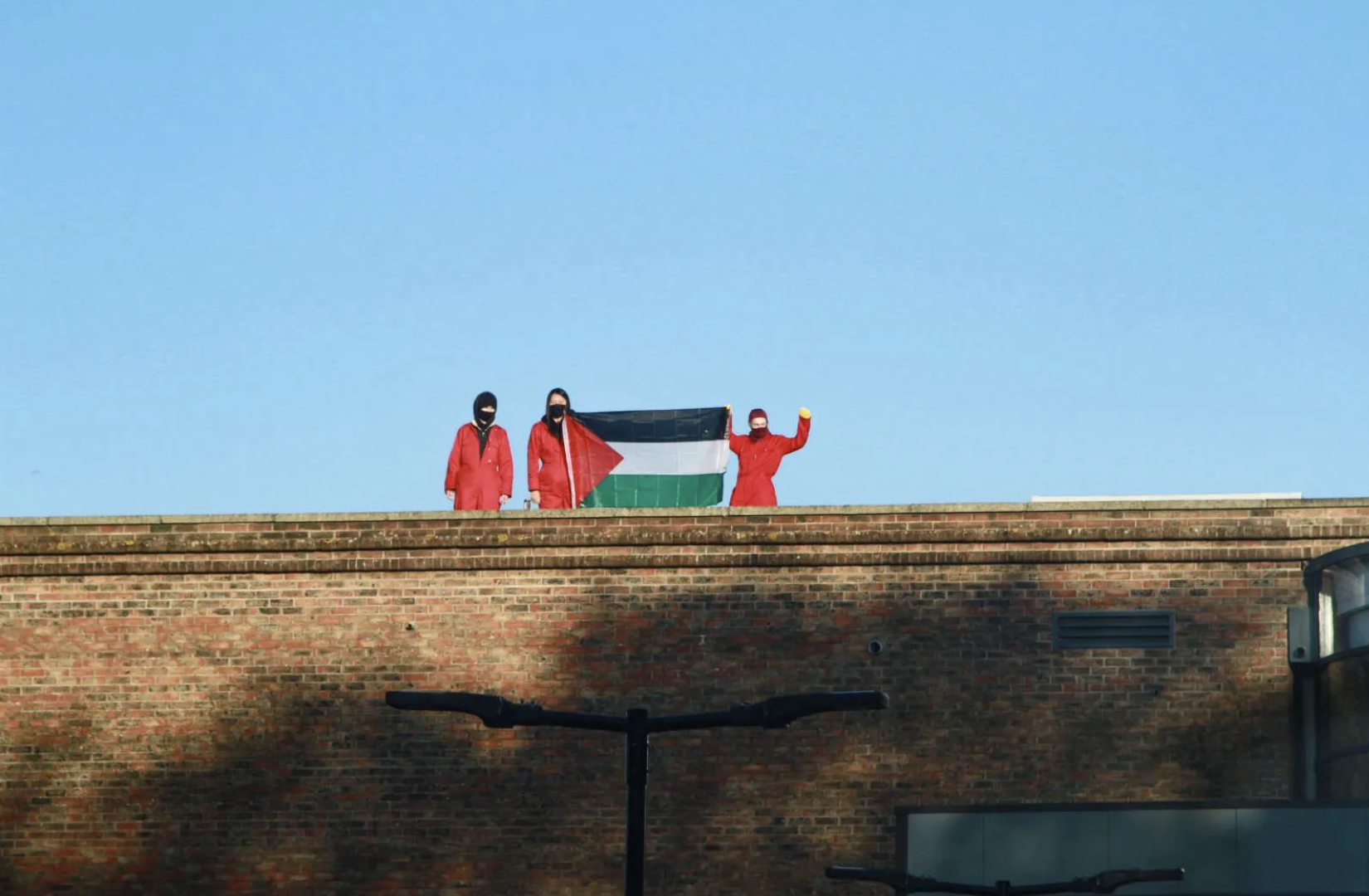 Palestine Action is a direct-action network, who protest at several Elbit Systems’ UK locations, calling for them all to be shut down. The arms company reportedly provides the Israeli military with around 85 per cent of its drones, used for surveillance and attacks. Elbit also produces munitions and components for Israeli attack aircraft.

Activists covered JLL's building in blood-red paint on 2 November, stating that JLL has “collected rent on Elbit-occupied properties, with this money generated directly through repression of Palestinians”.

Palestine Action has been occupying and shutting down Elbit’s UK sites for over a year.

The group says that they have called on JLL to evict Elbit, and, until this is done, will continue the campaign of direct action against all firms complicit in “Elbit’s business of bloodshed.”

The Warwick Street site is the HQ for the JLL’s services for the residential property market.

JLL “Not the Landlord”

A spokesperson from JLL told ThisWeekinFM that: "We are aware of the incident that occurred at 30 Warwick Street on 2 November 2021. This incident has been referred to the police and we cannot comment any further."

The spokesperson also said that JLL was not actually the landlord for the property instead stating:

“Palestine Action is calling on both JLL and LaSalle to remove a tenant Elbit from a London property, for which they provide asset management services, due to the nature of Elbit’s work as an Israeli defence and technology firm.”

Three activists have taken control of the site, with others using fire extinguishers to cover the building in blood-red paint.

After arriving on-site, activists were met with a rapid police response, including police dogs, but managed to scale the building regardless.

Picture: a photograph of Palestine Action activist on the roof of Elbit Systems' Bristol headquarters, holding a Palestine flag

JLL has been appointed by Standard Chartered Bank to provide real estate solutions to support the bank’s workforce transformation and net-zero carbon...