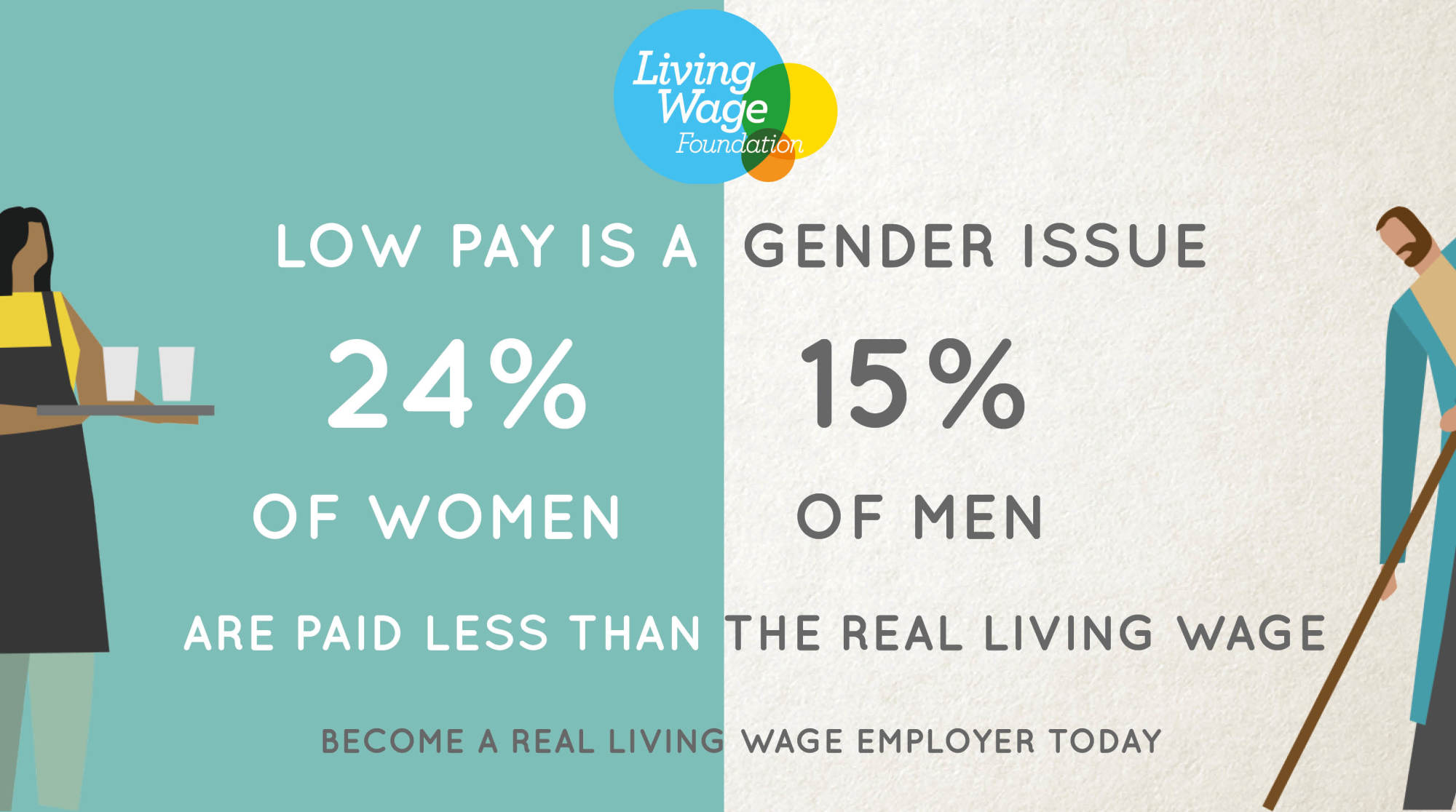 Less than one-fifth (19%) of UK jobs now pay below the Real Living Wage (as defined by the Living Wage Foundation), with the latest estimate down from 22% last year and the lowest since 2012 according to KPMG analysis released on November 4.

However, part-time workers are three times more likely to be paid below the threshold of £9.00 (or £10.55 in London) and around 24% of women face in-work poverty compared to 15% of men. Female in-work poverty is highest in the East Midlands and lowest in Scotland.

The good news is that all UK regions have shown a drop in the share of jobs paying below the Real Living Wage.

The analysis also shows that despite a backward trend last year, the latest figures are the lowest for seven years and represents - the number of jobs paid less than the Real Living Wage now stands at an estimated 5.19 million, down from a peak of 5.75 million in 2018.

IHS Markit was commissioned by KPMG to conduct the research.

On gender equality, the proportion of female employees earning less than the Real Living Wage (24 per cent) exceeds that for males (15 per cent). This equates to around 3.2 million female employees compared to 2 million males. By region, the proportion of females earning less than the threshold is highest in the East Midlands (29 per cent) and lowest in Scotland (20 per cent).

Female part-time staff make up the largest broad category of jobs paid less than the Real Living Wage, which is an estimated 2.1 million employees and therefore accounts for around 40% of all in-work poverty.

Commenting on the findings, James Stewart, Vice Chair of KPMG UK, said: “The Brexit impasse has undoubtedly had an impact on the jobs market and it is clear that employers have stepped up and taken decisive action to retain and motivate their workforces.

“Over the coming period of uncertainty productivity will be key and we know that the Real Living Wage is an effective driver. What’s good for our workers is good for business too and there is a real opportunity for many to look at the remuneration of their staff in terms of overall benefit to their business as well as the bottom-line."

Katherine Chapman, Director of the Living Wage Foundation, added: “We know the campaign for a Real Living Wage has had a huge impact in tackling in-work poverty. Over the last year we’ve seen more and more responsible organisations recognise that a Real Living Wage is not only good for workers and their families but it also makes good business sense. However, with over 5 million workers still paid below the Living Wage – and 24% of women compared to 15% of men - it’s clear we need to see more employers step up and commit to pay a Real Living Wage.”

Picture: KPMG analysis has shown there has been a drop in the number of people being paid below the Real Living Wage - but there is still a disparity between men and women and part-timers and full-timers.