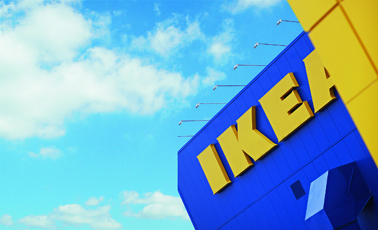 Mitie’s security business has secured contracts with IKEA and Springfields. The contracts together are worth £5 million per annum.

The new contract with IKEA has been awarded for three years whilst Springfields has extended its existing contract for a further three years.

At IKEA, Mitie will offer a range of security services on sites across the UK including manned guarding, gate duties, vehicle and individual searches and managing the security control room. This is the first time IKEA has changed its security provider in the UK in nine years and has chosen to adopt a different model to its other European operations.

Under the contract, Mitie will modernise CCTV operations. Initially, Mitie will conduct technical and systems reviews across all IKEA’s retail sites and two distribution centres. This model will also support IKEA with its retail specific training and advanced customer service.

In support of IKEA’s commitment to the Living Wage Foundation, over time, employees will benefit from a pay increase. As part of the its contractual commitment, Mitie will work towards providing all staff the National and London Living Wage, as well as providing a range of Mitie Rewards which includes staff discounts.

At Springfield’s nuclear fuel production site in Salwick, Preston, Mitie will offer a range of security services from reception and vetting services to gate duties, vehicle and individual searches to the management of the security control room.

Mitie has delivered a Security Guard Force at the site since 2011. This new contract extends that remit with the introduction of SMART Platinum, Mitie's bespoke task and incident management platform, to enhance security operations by preventing both unauthorised access and the removal of nuclear materials.

SMART Platinum can cover an entire estate whilst remaining tailored to each individual site as well as providing full visibility of the security and risk profile. SMART Platinum enables intelligent decision making by collecting data from multiple sources through one system to reveal opportunities for efficiencies and service improvements across Springfields sites.