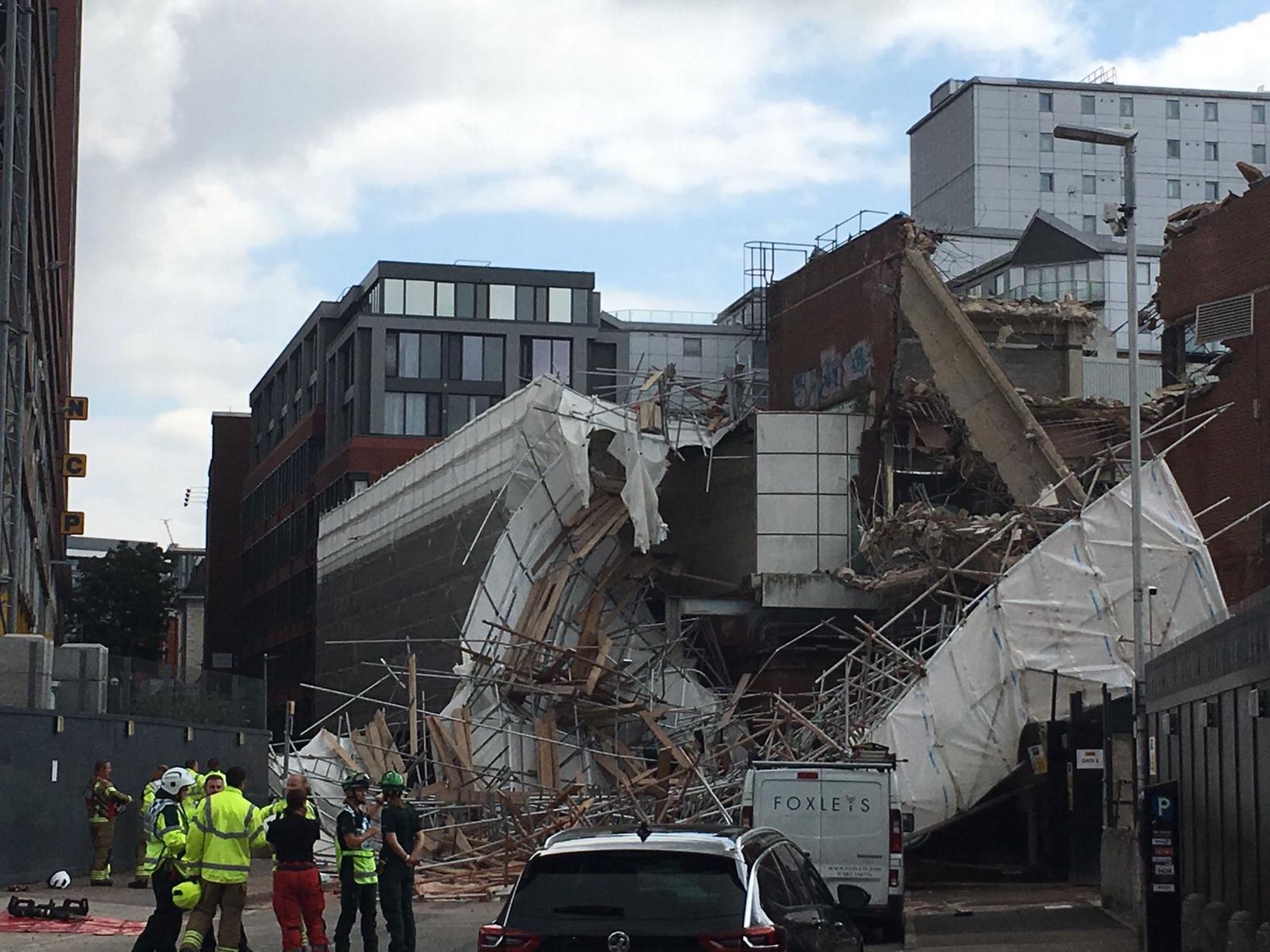 A large scaffold structure collapsed onto a Reading street and adjacent to a public carpark on Thursday August 1. All three branches of the emergency services were called in. Three people were treated for injuries at the scene and were then taken to the Royal Berkshire Hospital in Reading.

Thames Valley Police were the first to get the call - at 11:20am. They were joined by Royal Berkshire Fire & Rescue Service and South Central Ambulance Service.

Garrard Street where the scaffold collapsed was expected to be closed for some time - as was the nearby the NCP carpark. Members of the public were advised their cars would have to stay put.

Inspector Jerusa Lyseight-Jones, for Thames Valley Police, said: “This is an ongoing incident and we are continuing to support our colleagues from Royal Berkshire Fire & Rescue Service and South Central Ambulance Service at the scene. I would like to thank the public for their patience while this incident is ongoing and would urge you to avoid the area while this incident is ongoing.”

Earlier, Royal Berkshire Fire and Rescue Service Tweeted: 'We are currently responding to an incident involving a collapsed structure on Garrard Street, Reading. Five RBFRS crews are currently on scene. Garrard Street is currently closed while this incident is ongoing.  There are no concerns as to the structure of the car park, but members of the public will not be able to access their vehicles until further notice'.

Reading Council Tweeted at 2:30pm: 'Following the scaffold collapse this morning, Greyfriars Road is closed to all vehicles and pedestrians. Members of the public will be allowed to leave the cordon but not allowed to return'.

A spokesman for South Central Ambulance Service said: “We received multiple 999 calls all reporting that scaffolding had collapsed from the front of Greyfriars House and one or two people had been buried by the collapsed structure. We sent a rapid response vehicle and an ambulance followed by our Hazardous Area Response Team. In the end, three people were transferred to hospital - we had two injuries and one suspected heart attack."

Picture: The scaffolding had been erected on the demolition site of what is called the  Station Hill development.

In an industry first, floating scaffolding has been used to complete a specialist contract lift on the River Severn. The job further expands the capabilities of the...