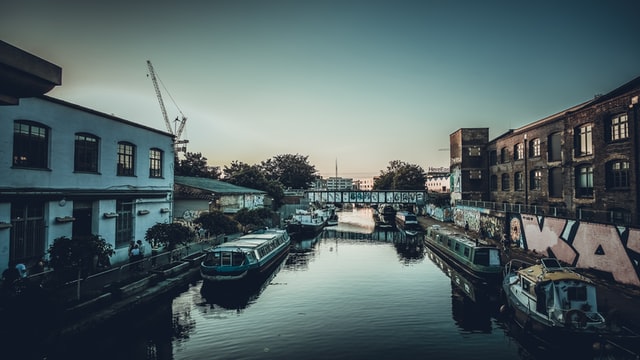 Thirteen people were injured at an East London pub after a mezzanine floor collapsed.

Three fire engines and two fire rescue units attended the scene at Two More Years, a pub in Hackney Wick where customers were trapped on the remaining part of the mezzanine floor.

Thirteen people were treated at the scene and four of them were taken to hospital.

Eyewitnesses who spoke to the BBC said: "My boyfriend said there was some creaking - then there was a loud bang. I tried to jump to safety but got hit by some falling stuff and we were just on the floor

"I remember seeing the whole of the roof just coming towards us.”

A message on the Two More Years Instagram page reads:

“At around 5 pm today, the mezzanine in our venue collapsed. Thankfully no one has sustained any critical injuries. This does mean the venue will remain closed for now and all dinner reservations and party bookings are cancelled. Our thoughts are with everyone that has been affected.”

Firefighters are in attendance at a pub in #HackneyWick where a mezzanine floor has collapsed. Crews are working with colleagues from @Ldn_Ambulance and @metpoliceuk and have rescued eight people from the building https://t.co/Wogtk7Gfzj pic.twitter.com/UgQnNNCOzK

'It was terrifying, can't quite believe we aren't dead': Eyewitnesses describe their horror after a bar floor collapsed in Hackney Wick last night, injuring 13https://t.co/SShQS3Ek6q

What is the History of the Two More Years Site?

The Hackney Wick venue launched in summer 2021 on an abandoned site that was originally set for demolition. The pub gets its name from the amount of time the bar has left on its lease.

It occupies the previous Stour Space site at Victoria Wharf – one of the very first buildings in the UK to be listed as an “Asset of Community Value”.

According to a Time Out review, the building has space for 300 guests across its three floors and terrace.

There are also 11 studios for local creatives to rent and space for free co-working during the week.

Picture: a photograph of the Hackney Wick area by the canal. Image Credit: Unsplash