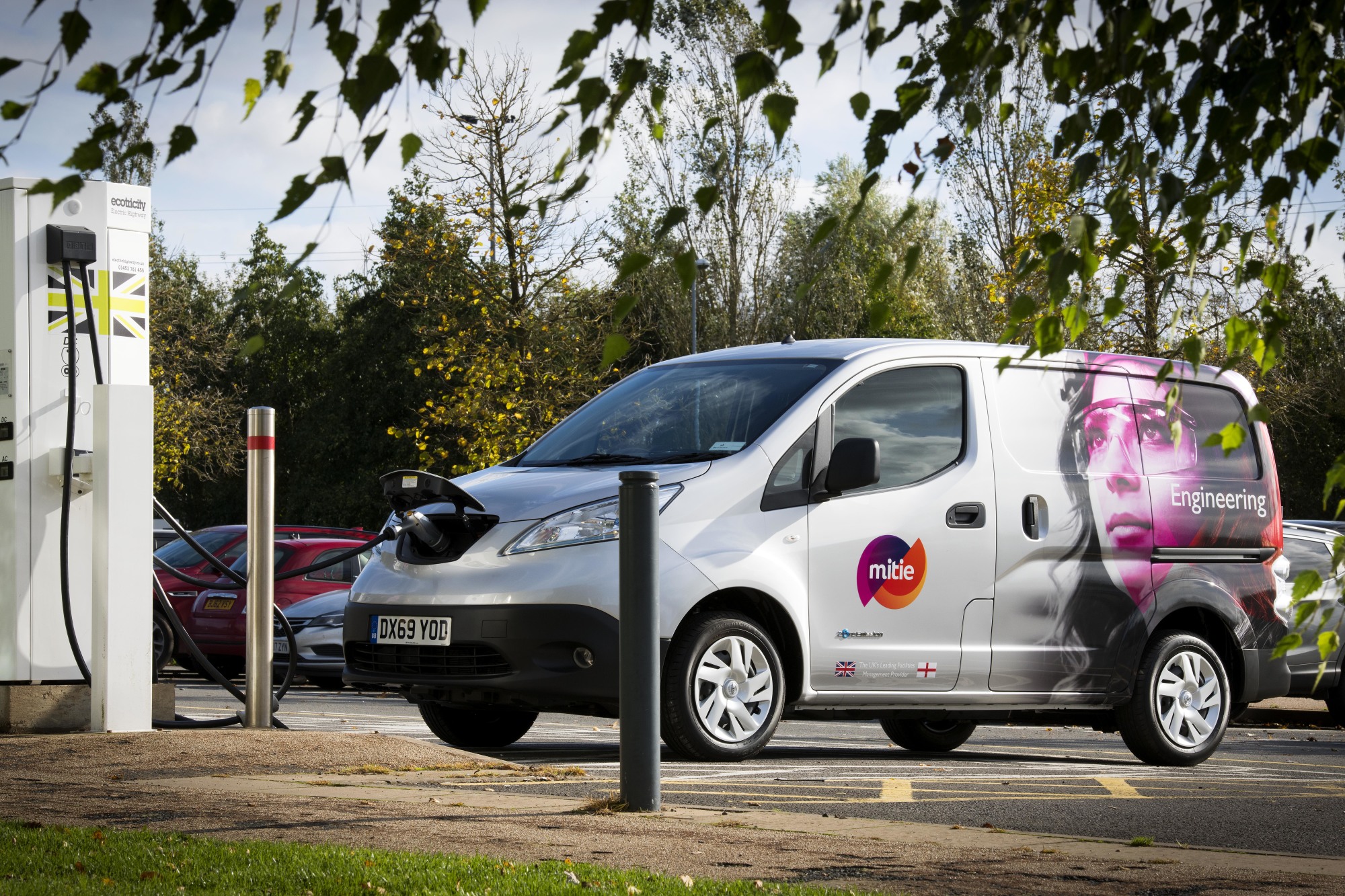 Mitie has been named Private Sector Fleet of the Year in the Medium to Large category, at this year’s Green Fleet Awards, recognising their progress towards carbon neutral goals.

This is the second award Mitie has won in the past two months for its ambitious electric vehicle (EV) commitment, having also been named ‘Green Fleet of the Year’ at the Business Car Awards in October.

“We’re very proud to see our efforts to reach net zero continue recognised by being named the UK’s leading electric vehicle fleet for a second time in just two months."

The Green Fleet Awards recognise companies that have taken steps to cut down the carbon emissions of their fleets, going above and beyond to reach net zero carbon emissions and help improve the UK’s air quality. Mitie beat tough competition to be named Private Sector Fleet of the Year, with big brands, such as the Ocado Group and Sainsbury’s & Argos, among those on the shortlist.

In December 2018, Mitie became the first major UK FM company to launch an EV fleet, pledging to switch its entire fleet of 5,500 vehicles to electric by 2025. In October 2020, Mitie announced that it had already met its target of switching 20% of its car and small van fleet to electric – two months ahead of schedule. Mitie is adding around 25 new EVs to its fleet every week and expects to have around 900 electric vehicles in its fleet by the end of the year.

Alongside its EV rollout, Mitie has also implemented a number of initiatives to reduce the emissions from its diesel vehicles that are still on the road. This includes a widespread employee education programme, explaining how colleagues can drive their vehicles most efficiently and installing speed limiters to encourage the most fuel-efficient driving.

With its EV objectives on-track, Mitie is now supporting other organisations looking to slash their carbon emissions from transport. This year, Mitie launched its Plan Zero Fleet Transition service to share its first-hand experience transitioning its own fleet to help its clients switch to electric. Mitie has also been appointed as a supplier in the Crown Commercial Service (CCS) Vehicle Charging Infrastructure Solutions (VCIS) agreement to help public sector organisations roll-out the charge point infrastructure needed to support this aforementioned shift.

“We’re making significant progress in making our fleet net zero, but we want to go further, faster. We’re committed to using our first-hand experience to support other organisations switch to electric and bring the UK one step closer to net zero.”