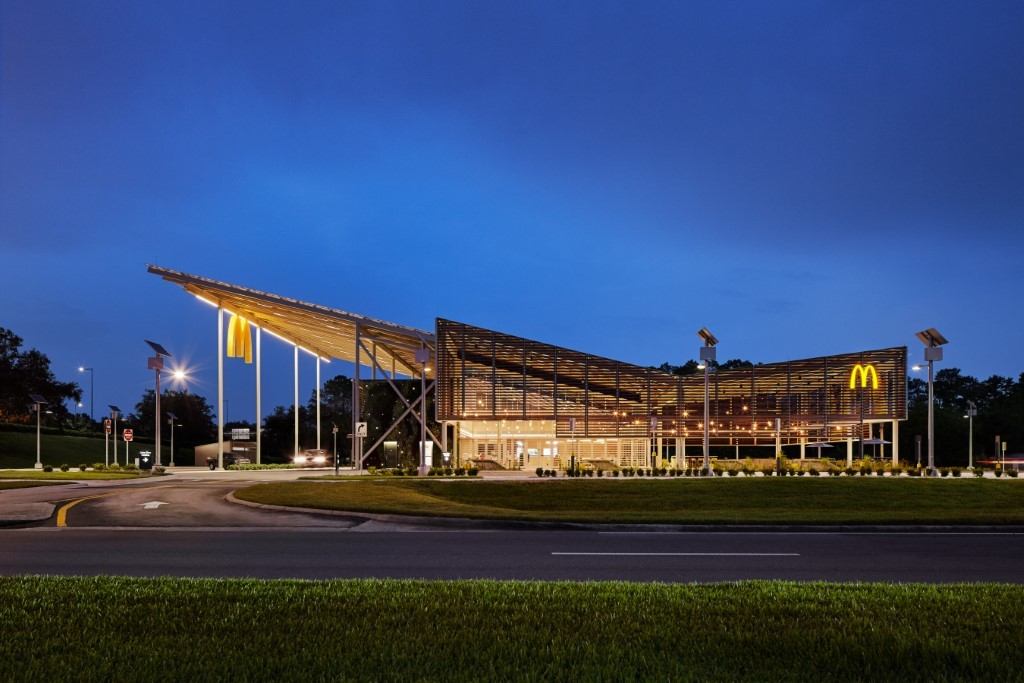 The McDonald’s Flagship-Disney recently completed construction, aiming to be the first Net-Zero restaurant in the quick-service industry, exemplifying the fast-food leader’s commitment to build a better future. Under a shell clad in solar panels, the 8,024 square-foot restaurant, designed by Ross Barney Architects, was envisioned and developed in response to the Florida climate.

“This is a phenomenal project for McDonald's and Kebony is extremely proud to be recognised in conjunction with the world’s first Net-Zero quick-service restaurant." 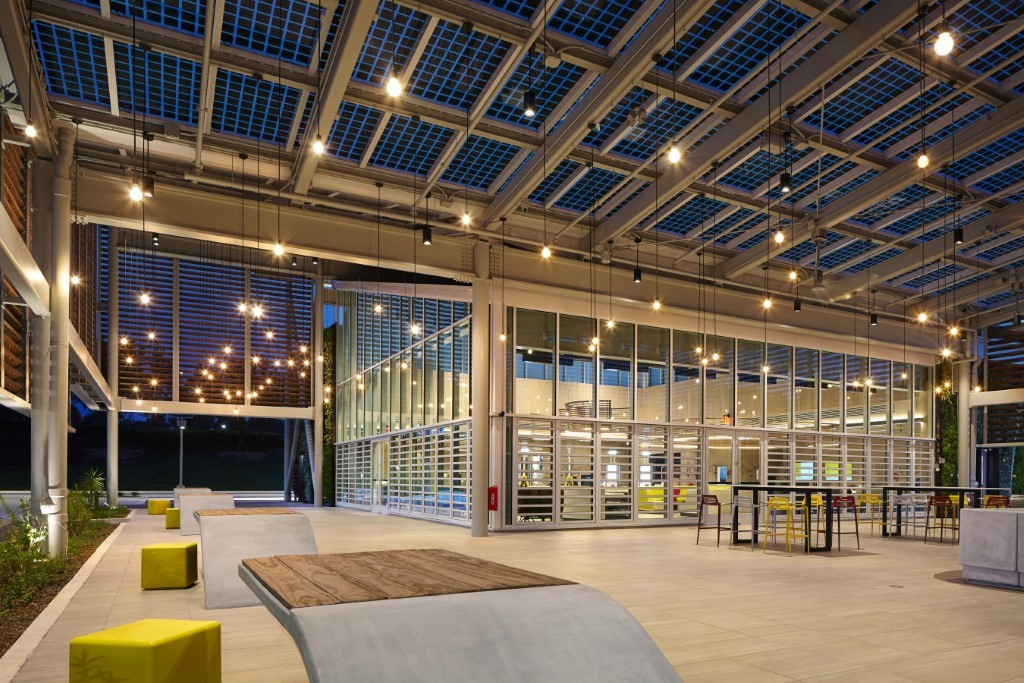 Picture: inside of the McDonalds Flagship-Disney by Kate Joyce.

Developed in Norway, Kebony’s revolutionary technology is an environmentally friendly and patented process which modifies sustainably sourced softwoods by heating the wood with furfuryl alcohol - an agricultural by-product. By polymerising the wood’s cell wall, the softwoods permanently take on the attributes of tropical hardwood including high durability, hardness and dimensional stability. This unique process also provides Kebony with its characteristic appearance, which only grows more beautiful with time.

Ross Barney Architects emphasise that a robust education strategy was a goal of the project. The architecture itself becomes a narrative tool in addition to interior wall graphics, interactive video content, and gaming unique to this location. The restaurant teaches visitors of all ages how to be more dedicated environmental stewards.

Ben Roberts, US Marketing Director at Kebony commented: “This is a phenomenal project for McDonalds and Kebony is extremely proud to be recognised in conjunction with the world’s first net-zero quick-service restaurant."

Although many indepedent restaraunts and some fast food outlets have been showcasing sustainability progress for some time in pursuit of Net-Zero goals, it is hopeful that this pioneering move by one of the largest organisations in the industry will inspire others to follow suit. We have seen similar commitments from the largest in food supermarkets, such as Sainsbury's pledge to become Net-Zero by 2040, announced in January 2020. Later in the year, Tesco Supermarket revealed the creation of a £2.5 billion revolving credit facility, with interest rates based on environmental performance indicators. If sustainability targets involving renewable energy initiatives, carbon emissions and food waste are met, Tesco will benefit from a lower interest rate loan margin under the scheme.

Picture: outside of the McDonalds Flagship-Disney by Kate Joyce.