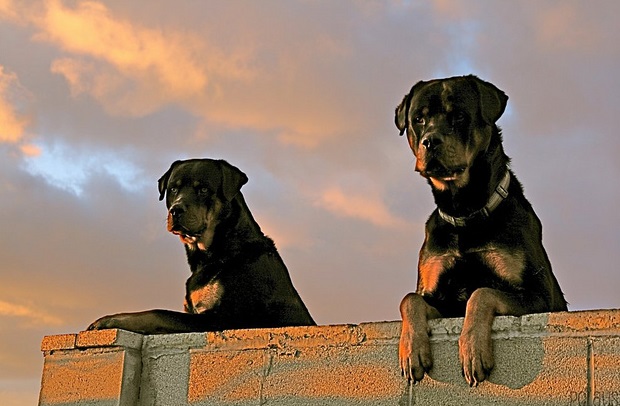 Noisy neighbours and barking dogs are driving us out of our homes and stockpiling health problems that manifest at work.

One in six Britons says that noise pollution has forced them to move home, it has been revealed.

And there are growing fears that with so many people suffering from a disrupted night’s sleep, we are building up potential health problems for the future.

People who have suffered sleep disturbance say it can lead to mood swings, temper tantrums and an inability to concentrate properly, affecting their performance, confidence and general state of mind.

The extraordinary findings about noisy Britain have emerged following the publication of a study comprising 2,000 adults in the UK, which was conducted on behalf of Everest Home Improvements. It lifts the lid on the menace faced by the many people bombarded by noisy neighbours, anti-social behaviour, out-of-control pets and loud traffic noise.

One of the more startling facts is how many people feel they have no option but to pack-up and leave. Sixteen per cent of us have moved home because of noise disturbance, with another 5 per cent saying it’s something they’re considering at the moment due to their current circumstances. Another 14 per cent said they would have moved house if they could have due to noise pollution.

Equally worrying is the potential impact on health. Almost half of UK adults are losing sleep every week due to noise, leaving much of the nation feeling stressed and bad-tempered.

Commenting on the findings, psychologist and TV expert Emma Kenny said: “In the modern age, where life is fast paced and where the work-life balance can feel challenging, finding sanctuary is more important than ever. Noise disturbance is annoying at the best of times, but more importantly it can cause health issues when it interferes with our sleep patterns.

“Getting an uninterrupted and peaceful night’s sleep ensures we are physically and emotionally rested and allows our bodies to heal from the stresses and strains of modern day living. If the noise outside is affecting our ability to rest and relax, we are likely to experience a whole host of negative issues, including irritability, lack of focus and exhaustion, which can impact on every aspect of our life. That’s why it’s imperative to create a relaxing space, with as little noise pollution as possible.”

According to the research, 46 per cent of Brits are woken, or kept awake, at least once a week by noise from outside, with those affected being disrupted on average seventy nights a year.

Productivity levels are another key concern, with almost a quarter of respondents (24 per cent) saying they are less productive after their sleep has been disrupted and more than one in five (22 per cent) struggling to concentrate.

Despite the significant impact on their state of mind, just under a third (32 per cent) of respondents said they would step-in and complain. Many simply opted to wear earplugs (16 per cent) or drown out the outside noise by turning up their own TV or radio (13 per cent).

Martin Troughton at Everest said: “While many of us will know from personal experience that a disturbed night’s sleep can have a detrimental impact on how we feel the next day, the scale of the issue identified through this research is something of a surprise. Almost half of the adults in this country are being affected by noise every week, which is having a huge influence on their mood and overall state of mind. The fact that more than a third of us have moved home or considered it due to noise from outside is simply staggering.

The top five reasons why Britons are losing sleep:

Jackie Furey, Director at Where Workplaces Work, offers guidance on how to support a workforce in keeping their new year resolutions. 2019 has arrived and now that...

Everything You Need to Know About Canine Security

Canine security, or dog security, is a specialist type of security used for only niche circumstances. Akasha Roth, Senior Operations Coordinator at Expeditious...

AXA IM Alts has agreed a new lease at 22 Bishopsgate, its flagship London development, having let the entire 25,376 sq ft 42nd floor to Fidelis, an insurance...

On World Sleep Day, research reveals that in the UK, roughly 75 per cent of people have experienced a change to their sleep patterns since March 2020. Friday 19 March...