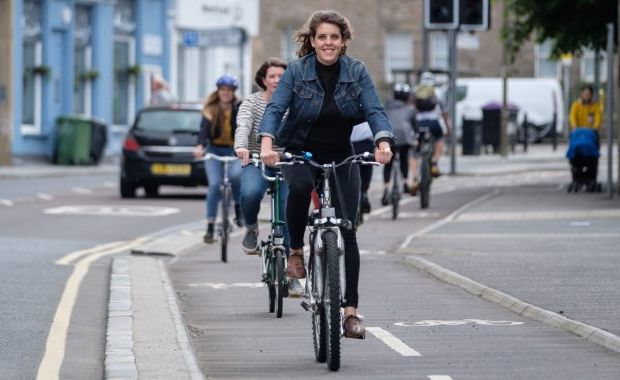 The government is to focus on cycling awareness and training in a boost to improve cycle safety. Meanwhile it has been revealed that women in UK cities have a positive perception of cycling, yet 73% never ride a bike.

Driving instructors will be offered bespoke training to ensure cyclists’ safety is at the forefront of their minds when they teach new drivers, in a pilot initiative launched today on June 29 by Cycling Minister Jesse Norman.

Alongside this training – backed by up to £500,000 – the government is also launching a new UK-wide initiative to help the police crackdown on the dangerous practice of ‘close passing’, which leads to accidents and puts people off cycling.

This will include providing training materials and support for police forces so more drivers are made aware of the need to leave safe distances when overtaking cyclists.

Speaking at the Cycle City Active City conference in Manchester, Norman said: "The benefits of cycling and walking are enormous. For people, it means cheaper travel and better health. For businesses, it means increased productivity and for society as a whole, it means lower congestion and better air quality. But we will only achieve our ambitious aims if people feel safe when they walk and cycle.

"We shouldn’t only concentrate on catching and punishing drivers when they make a mistake but try to ensure that they have the skills and knowledge to drive safely alongside cyclists in all conditions."

76% of women who already cycle or want to start would find cycle lanes that are physically separated from traffic very helpful to cycle more.

Despite this, over two-thirds (68%) say their city would be a better place to live and work if more people cycled, new data reveals.

A recent Sustrans report details women’s travel habits, views and attitudes towards cycling. The report, which is part of the Bike Life project, is based on an ICM independent survey of over 7,700 residents living in Belfast, Birmingham, Bristol, Cardiff, Edinburgh, Newcastle and Greater Manchester.

Twice as many men as women (24:12) currently ride a bike at least once a week in all seven cities.

Differences in participation between men and women appear to be less pronounced in cities with higher overall cycling uptake. For example, in Bristol, which has the highest cycling rates of all seven cities,18% of women ride a bike at least once a week, in comparison to 32% of men.

Across the cities, the vast majority of women surveyed (77%) feel that cycling safety needs to be improved and a further 59% view cycling as dangerous or unsafe.

Despite these findings, almost a third (30%) who currently do not cycle say they would like to start riding.

The majority of women surveyed recognise cycling is good for their health and say more people cycling would have a positive impact on reducing traffic and air pollution.

The report comes out after London’s first walking and cycling tsar Will Norman, stressed that cycling will only be considered a success in the capital if it is taken up by a more diverse population. Currently, only 27% of bike riders in London are women.

Xavier Brice, CEO at Sustrans, said: “A city that has a diverse and inclusive population of people riding a bike is a city for everyone. Cycling can play a vital role in improving health, whilst ensuring that jobs, services and communities are accessible. 51% of the UK population is female, yet most of our cities are failing to design roads and streets for women to cycle.

“Evidence from the UK and beyond shows that when dedicated space for riding a bike is provided, alongside engagement programmes, the gender gap in cycling can be eliminated.

“Governments at all levels need to listen to women’s voices and invest in a network of dedicated cycling routes and training so that everyone feels comfortable and confident to ride a bicycle, regardless of gender, age and disability.”

The 'Women: reducing the gender gap' report sets out a number of recommendations for local authorities to create a more diverse and inclusive culture of cycling, including:

Cllr Arlene Ainsley, cabinet member for transport and air quality at Newcastle City Council, said: “We are investing in improvements to the city’s cycling infrastructure as part of our ambition to make Newcastle one of the easiest places to get around, however people choose to travel.

“We know that there are many women in Newcastle who already travel by bike and many others who would like to. We want to make it possible for more women to choose cycling, not only through improving facilities for people on bikes but also through the activities run by Active Newcastle and the Cycle Hub aimed at encouraging women and giving them the confidence to cycle.

Dr. Rachel Aldred, Reader in Transport, Westminster University, said: “We know there is substantial demand for cycling infrastructure among women and other currently under-represented groups. In the Netherlands, women cycle a higher proportion of journeys than men do, showing that a good cycling environment works for both women's and men's trips."

The report is part of Bike Life, a Copenhagen-inspired assessment of cycling levels and public opinion which is published every two years to inform policy and investment. In Copenhagen, over 41% of people commute by bike, including 55% of women.