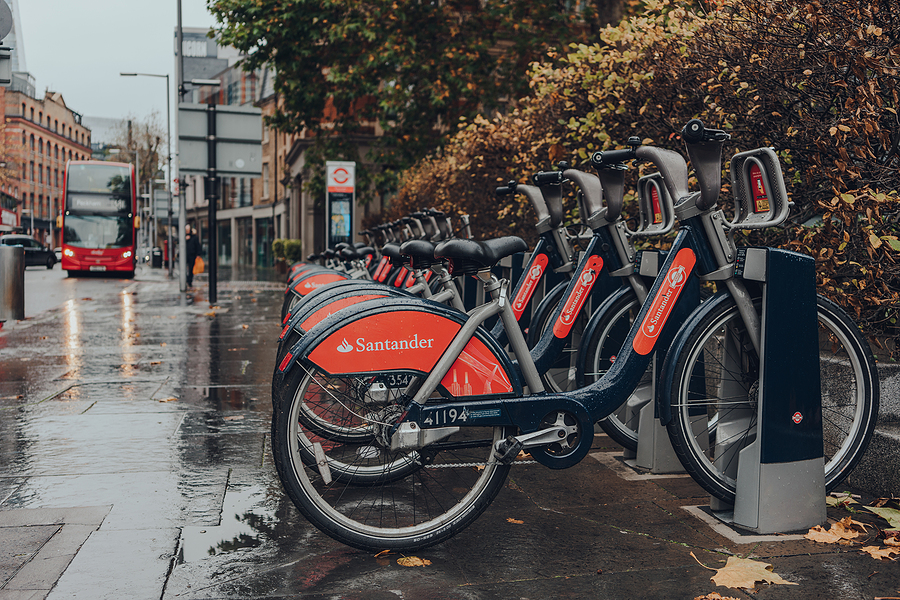 Advice from Transport for London that urges construction workers to avoid public transport and cycle instead is being criticised by Unite.

Unite, the UK’s construction union, is warning of the potential danger of such guidance.

Transport for London (TfL) issued guidance suggested that employers should allocate shifts starting and finishing around busy travel times (06:00 to 08:00 and 16:00 to 17:30) to workers who can walk or cycle to and from work.

Bosses should also attempt to stagger shifts and/or change operating hours to so workers can avoid travelling during the busiest times on the network (06:00 to 08:00 and 16:00 to 17:30).

Unite has reported that many workers will have round trips of over 15 miles into central London, and that expecting workers to cycle long distances during the winter, in the dark and in bad weather is “a recipe for serious accidents”.

“Unite remains highly concerned that there is an attempt to force workers onto bikes and expect them to cycle long distances in the dark and in winter weather, undertake a long shift and return home again. This is a recipe for tragedy and should not be encouraged.”

Unite is most concerned about the section of the advice that states: “Allocating those shifts starting and finishing around busy travel times (06:00 to 08:00 and 16:00 to 17:30) to workers who can walk or cycle to and from work:

“...The worker will be expected to cycle home in the dark, often after undertaking a physically demanding 10 plus hour shift, when fatigue will be a major factor.”

The union also warns that London’s roads, even for an experienced cyclist, can be dangerous and to ask someone who very likely has little or no experience of navigating London’s roads in the dark is “asking for trouble”.

Unite is also concerned that other advice issued to London construction workers advises them to leave crowded stations or services if social distancing can’t be maintained, but unless there is provision at their site to allow a worker to be late, without penalty, such advice is “meaningless”.

Construction Workers are “Not Pariahs”

Unite National Officer for Construction Jerry Swain said: “The advice issued by TfL is welcome as it recognises that only major contractors can introduce measures to allow for the staggering of shifts.

“Although Unite is disappointed to note that there appears to be no plans to relax the Congestion Charge or parking restrictions for construction workers.

“It needs to be remembered that construction workers are not pariahs and should not be treated as such. They are going to work as the government has decided that this is appropriate and necessary.

“Unite remains highly concerned that there is an attempt to force workers onto bikes and expect them to cycle long distances in the dark and in winter weather, undertake a long shift and return home again. This is a recipe for tragedy and should not be encouraged.

“It is essential that construction workers are able to socially distance from when they leave home, until when they return home again at night.

“Workers will not avoid congested trains unless they know that if they are late they will not be penalised or victimised, which currently occurs all too frequently on sites.”

A spokesperson from TfL told ThisWeekinFM that “staggering shift times has had the biggest impact.”

They said: “On some sites, there has been as much as a 76 per cent reduction of site operatives not needing to use public transport, with over 30 sites specifically changing their working patterns impacting almost 5,000 operatives.”

TfL was keen to emphasise that they have been encouraging people who are able to walk or cycle to do so for the whole pandemic, although they recognise it is not possible for everyone.

Official advice for business travel can be found here.