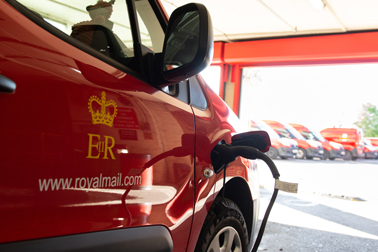 The Communication Workers Union has announced that its members have voted in favour of a national strike - meaning there is a real prospect of the first UK-wide walkout of postal workers in a decade.

The CWU's (Communication Workers Union) Deputy General Secretary (Postal) Terry Pullinger said: “Just over one year ago the Royal Mail Group Board and the CWU agreed a blueprint agreement for the future, a progressive agreement that included an historic pension solution, a mutual interest driven relationship and a joint vision for a successful postal service with social aims.

"Today the new RMG leadership are breaking that agreement."

A Royal Mail Group spokesperson told ThisWeekinFM: "We want to reach agreement. There are no grounds for industrial action. Industrial action - or the threat of it - is damaging for our business and undermines the trust of our customers.

CWU General Secretary Dave Ward retorted: “This [strike ballot] result sends a clear message to Royal Mail Group - our members will not stand by as you rip up their terms and conditions and destroy the service they give to the public and businesses of the UK.

"We would urge Royal Mail Group to now enter serious negotiations with this union. We also call on the public to get behind this dispute and their postal workers.”

"Royal Mail wants to transform to meet our customers’ changing needs as we post fewer letters and receive more parcels. Working together at pace, the transformation is about ensuring a more sustainable company, a fairer working environment, the best terms and conditions in our industry and a contemporary universal service."

Picture: Royal Mail Group's new electric vehicles may have to stay put if a national strike goes ahead.

This National Postal Workers Day, the work of these essential service providers during COVID-19 is being championed by the Communication Workers Union (CWU). The event...