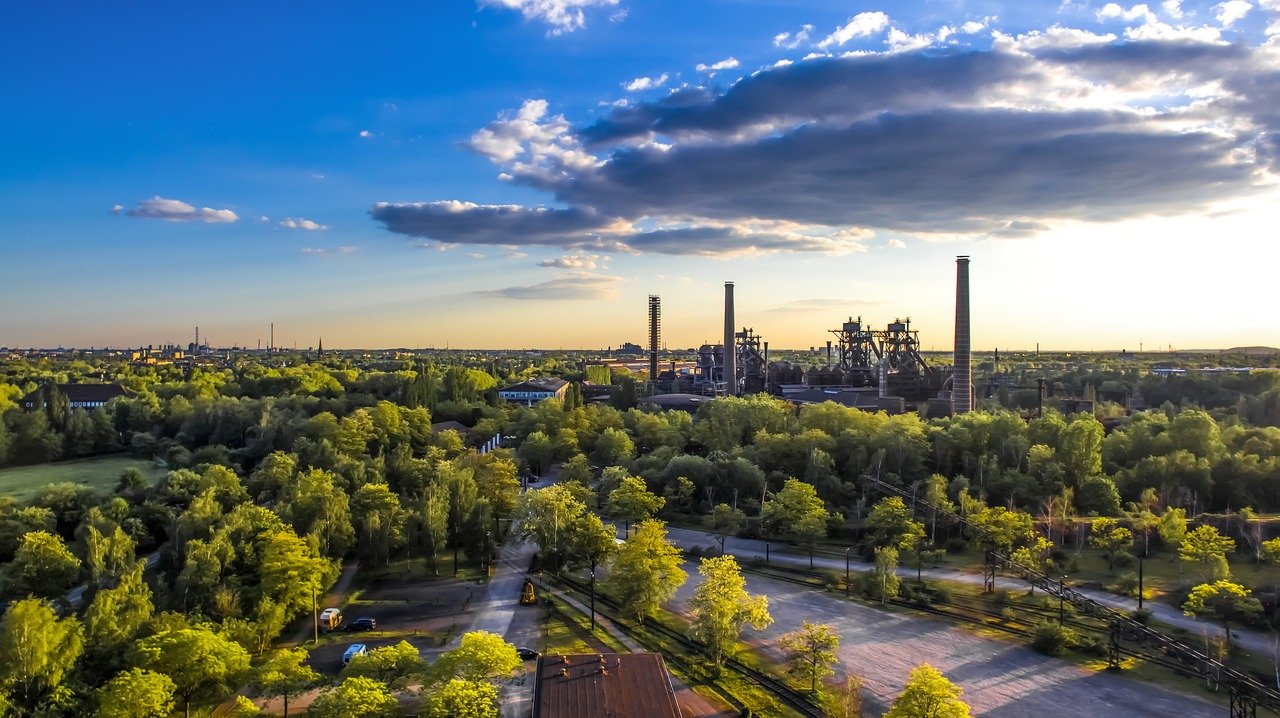 Six projects across the UK have this week received a share of £8 million in government funding, as part of a drive to create the world’s first net zero emissions industrial zone by 2040.

Projects in the West Midlands, Tees Valley, North West, Humber, Scotland and South Wales will see local authorities working with industry to develop plans to reduce carbon emissions, with one scheme alone – across the North West of England and North East Wales – aiming to create over 33,000 new jobs and more than £4 billion of investment as it bids to become the world’s first net zero industrial zone.

"As we continue to level up the UK economy and build back greener, we must ensure every sector is reducing carbon emissions to help us achieve our commitment to net zero emissions by 2050."

A net zero industrial zone will see all industries in a region collectively reducing their carbon dioxide emissions to as close to zero as possible using low-carbon energy sources and new technology like carbon capture.

All six areas receiving the funding have high concentrations of industrial activity and will get a share of up to £8 million towards the development of decarbonisation plans.

Energy Minister Kwasi Kwarteng said: "The UK is leading the world’s green industrial revolution, with ambitious targets to decarbonise our economy and create hundreds of thousands of jobs.

"As we continue to level up the UK economy and build back greener, we must ensure every sector is reducing carbon emissions to help us achieve our commitment to net zero emissions by 2050.

"This funding will help key industrial areas meet the challenge of contributing to our cleaner future while maintaining their productive and competitive strengths."

Decarbonising UK industry is a key part of the government’s ambitious plan for the green industrial revolution, which is laid out in its Ten Point Plan and Energy White Paper and is set to create 220,000 jobs as we build back greener over the next decade.

The Industrial Clusters Mission aims to support the delivery of 4 low-carbon regional zones by 2030 and at least one net zero green hotspot by 2040, kickstarted by the government’s £170 million Industrial Decarbonisation Challenge.

The Industrial Decarbonisation Challenge supports co-ordinated research, technology and infrastructure that allows UK industry to reduce carbon emissions across a large scale and in a way that can be easily replicated.

The funding for the £170 million Industrial Decarbonisation Challenge is being made through the UK Research and Innovation (UKRI) Industrial Strategy Challenge Fund.

The six winning regions will now produce detailed plans for reducing emissions across major areas of industrial activity, where related industries have congregated and can benefit from utilising shared clean energy infrastructure, such as carbon capture, usage and storage. Also included is the production and distribution of low-carbon hydrogen.

All the winners have produced initial plans for reducing emissions across major industrial clusters across the UK and, in subsequent years, will build on these preliminary successes by bringing together industry and public sector bodies in a comprehensive effort to devise a route to net zero emissions.

"Today’s announcement shows that the industrial clusters campaign is proceeding at pace," said Bryony Livesey, UKRI Challenge Director on Industrial Decarbonisation. "This second phase of the competition asks companies and partners to plan for comprehensive changes to industries, products and supply lines.

"This is a crucial step in the government’s plans to develop cost-effective decarbonisation in industrial hubs that tackle the emissions challenge UK industry faces. The move to low carbon industry is a huge opportunity, with the chance for the UK to take the lead and seize a large share of a growing global market."

Picture: a factory in a park.

Earth Day 2022 – Would You Buy A CO₂ Removal Subscription?