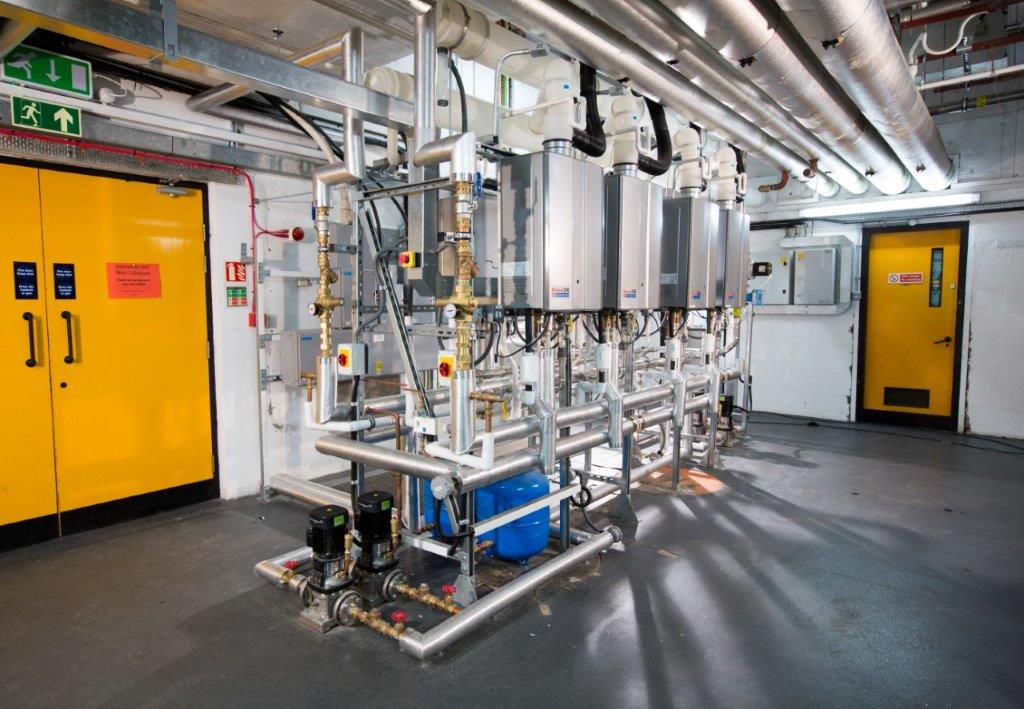 Rinnai is to create a hydrogen hub, in a move towards prioritising low-carbon energy.

The online information hub is aimed at building consultants, engineers and end-users, and is dedicated to the subject of hydrogen as a low carbon technology.

“Rinnai welcomes the UK government’s recent ‘Ten Point Plan’, in particular the drive to decarbonisation through the use of hydrogen. Heating emissions are a huge issue and hydrogen is one answer to the Energy Trilemma, as we have stated several times,” said Rinnai’s Chris Goggin who is also a board member of the ICOM Energy Association.

“Hydrogen in the domestic setting is seeing up to £500 million government funding on trials for homes using hydrogen, starting with a Hydrogen Neighbourhood in 2023, moving to a Hydrogen Village by 2025, with an aim for a Hydrogen Town – equivalent to tens of thousands of homes – before the end of the decade. Of this funding, £240 million will be for hydrogen production facilities.”

The Rinnai Hydrogen Information Hub will include webinars, plus all requested digital or onsite meetings.

Recently, the president of the Energy Institute suggested that “hydrogen literacy” is key to the climate emergency response. He also commented that a lack of awareness could be a barrier to its deployment in the low carbon energy system.

Many countries in Europe and Asia are using the post-pandemic economic regeneration plans to instigate plans to switch to hydrogen as the main fuel source for housing, industry and transport. France has recently announced a €7 billion package to build a carbon-free hydrogen industry and Germany has allocated €9 billion.

In the summer the European Commission stated it wanted to increase its production capacity of electrolysers from 250MW today to 40GW in 2030. Similar strategies have been released by the UK, Australia, and Asian countries. These moves are clear trends to massive public investments in the sector.

Hydrogen is already cost-competitive in niche applications, according to recent research, with the forecast that it is likely to at least price-match industrial-scale alternatives in less than a decade.

"All questions and queries on the growing consensus on the suitability of hydrogen as the replacement for all fossil-fuels will be answered by the hub. Zero carbon cannot be achieved via zero information on the strategies needed to achieve the goal."

Rinnai has made data and information contributions and had close consultations with the lead research agency primed with advising the UK Government.

The UK, along with many other countries, faces an Energy Trilemma:  the pressing need for de-carbonisation, which means a shift in energy pathways, security and longevity of supply, long term affordability to the industrial and end-consumer.

This country’s housing stock is over 24 million units and the UK had a total energy consumption increase by 1.1 per cent in 2018 to reach 143 million tonnes of oil equivalent (mtoe), the highest level since 2013.

Goggin continues: “All questions and queries on the growing consensus on the suitability of hydrogen as the replacement for all fossil-fuels will be answered by the hub. Zero carbon cannot be achieved via zero information on the strategies needed to achieve the goal”.

“Hydrogen can make a major contribution to decarbonising the UK energy grid, whilst also providing a sustainable answer to the political and societal questions of the Energy Trilemma.”

“The distribution of hydrogen creates a resolution to the Trilemma questions and the very necessary decarbonisation of the UK energy grid. Hydrogen can be potentially combusted through existing ‘in situ’ appliances, complete with smart controls and cost-effective hardware & software upgrades as demonstrated by proprietary technology in hot water heating units.”

Social Change on the Road to Net-Zero

To deliver true decarbonisation we need a varied, unified choice of secure, accessible and affordable fuel sources – these also need to be internationally...