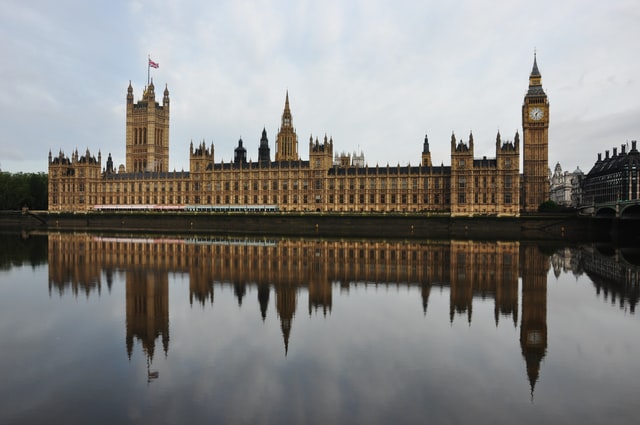 Decarbonising the vast public estate will play a pivotal role in the UK’s climate change response. Let’s take a look inside the much anticipated Cabinet Office’s Net-Zero Playbook.

The playbook is a “methodical step-by-step guide” for anyone responsible for managing government property across the public sector, for both new and existing properties.

With more than 300,000 individual properties, at a combined value of £515 billion, the UK public sector manages the largest property portfolio in the country. The public sector also accounts for 9 per cent of the country’s total building-related carbon emissions and is the largest built environment client.

Chancellor of the Duchy of Lancaster Steve Barclay told BESA that decarbonising public buildings is “absolutely crucial if we’re going to meet our environmental targets”.

“Property professionals should use the playbook to turn best practice into standard practice. It will put the public estate in a stronger position to deliver a 78 per cent reduction in emissions by 2035, and be fully net-zero by 2050,” added Barclay, who is the Cabinet Office Minister overseeing the net-zero strategy.

The Playbook also outlines how project teams can meet the Future Buildings Standard for new developments, which will come into effect from 2025.

As BESA states, steps taken by the government can have a profound knock-on effect throughout the sector.

The guidance includes measures for improving the performance of schools, hospitals, prisons, offices, and other public buildings, including listed and historic structures. Using this estate as a case study, what can facilities managers and commercial property owners take from this document?

A Tech-Agnostic and Nuanced Approach

Unsurprisingly technology features heavily in the document, with Building Management Systems (BMSs) recommended as part of the management of an organisation’s estate.

The document also predicts that, as well as operating equipment such as lighting, HVAC and security systems, in the future it is expected that they will evolve to support EV charging consumption, renewable energy generation and energy demand management.

BESA’s Head of Technical Graeme Fox notes that the playbook takes a “technology agnostic approach”, and praises this as “sensible”, to discourage people from championing particular solutions.

“The difficult bit is working out which solution is the right one for the task in hand so updating assessments and audits is the crucial first step. Flexibility is key and engineers need to be given the freedom to engineer,” said Graeme.

“For example, there is more than one type of heat pump, which means it is a technology that can be widely applied, but equally it is not always the right choice.

“The contents of the playbook suggest that the Cabinet Office, at least, is starting to understand some of the nuances of built environment engineering.”

The document is appended with a collation of net-zero options and recommended energy efficiency measures:

The actions of environmental activist group Insulate Britain made several headlines in 2021, with the group staging several protests on the M25 and the UK’s wider road network, promoting insulation’s role in reducing carbon in buildings.

The body calls for the government to insulate Britain’s homes, stating:

“Insulating the homes of Britain will save lives and provide warm homes while pound for pound making the most effective contribution to reducing carbon and providing meaningful jobs. Insulating Britain is the levelling up agenda writ large.”

Insulate Britain’s demands are two-fold, that the UK government fully funds the insulation of all social housing in Britain by 2025 and that there will be a legally binding national plan to fully fund and take responsibility for the full low-energy and low-carbon whole-house retrofit, with no externalised costs, of all homes in Britain by 2030. 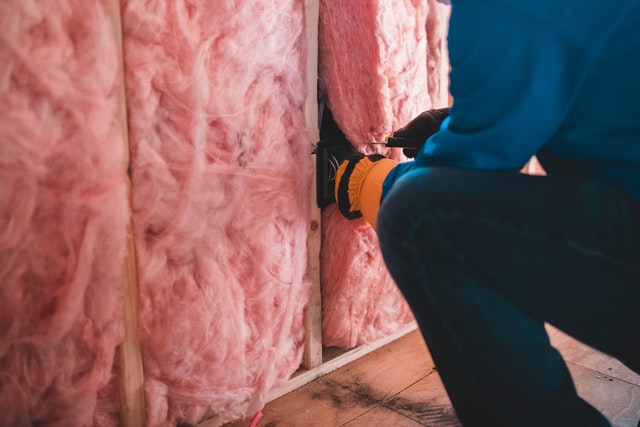 Picture: a photograph of some insulation being fitted in a wall cavity

For the government’s own estates, the issue of insulation forms a key part of the document’s “Long List” of net-zero efficiency measures and is mentioned in the document’s foreword by Lord Theodore Agnew, Minister of State for HM Treasury and Cabinet Office.

Improvement of a building’s fabric is encouraged through both loft and cavity wall insulation, as it is easy to add and generally cost-effective. Double glazed windows are stated as not always offering “ a good business case, unless part of refurbishment” due to their expense.

The document states that fabric improvements such as insulation support the benefits for other low-carbon heating technologies such as heat pumps, making the measures well-suited to being assessed and chosen within a whole systems approach when transitioning to decarbonisation.

“Property professionals should use the playbook to turn best practice into standard practice. It will put the public estate in a stronger position to deliver a 78 per cent reduction in emissions by 2035, and be fully net-zero by 2050.”

Chancellor of the Duchy of Lancaster

The effectiveness of district heat networks are well-documented, Copenhagen is a great example of a success story, forming a cornerstone of the city’s plan to be net-zero carbon by 2025. Greater Copenhagen’s district heating system forms two tracks, a water-based DH system and a steam-based system, and as a whole supplied power to 64 per cent of the city’s households in 2019. Similar endeavours are also happening in the UK, including in Bristol.

Essentially, it’s a network of underground insulated pipes that will deliver affordable, low-carbon heat and energy across large areas, from a central source. Heat networks draw their heat from many different places – from the river to sewers to underground geothermal.

The net-zero playbook recommends that campus-style properties tend to benefit from district heating as they tend to be high density. This reduces the potential costs as the installation of underground insulated pipework is expensive. When a district heating system is already in place, retrofitting the heat source with a low-carbon alternative can be an effective solution for net-zero.

However, in terms of retrofit, substantial adaptations may be required to ensure the system operates as efficiently as possible. An alternative district heating option to consider is a fifth-generation heat network.

These systems typically use heat pumps by integrating them into a wider ambient temperature heat network and can result in several advantages such as reduced running costs, elimination of on-site heat-related emissions, and the modular expansion of heating. This allows for future buildings to “tap in” to the network.

The uncertainty regarding the UK’s future hydrogen economy is also addressed.

Hydrogen analysis and pilot programmes are currently being undertaken to understand how the existing gas network could be updated to replace the currently used methane with hydrogen, a gas that does not produce carbon when burned.

It is expected that this option will become available for some areas across the UK, but uncertainty exists in terms of the timescales for this to become available and for which locations this might apply.

In addition, it is not yet known what specific activity will be required to transition, or the associated cost and impact of doing so.

Significant on-site upgrades would be likely in the event that hydrogen was available in the area, as the existing boiler plant is unlikely to be capable of burning hydrogen directly.

Whilst the playbook is intended to support a net-zero by 2050 commitment, the document will be “constantly evolved and improved as policy develops and technology improves”.

Picture: a photograph of the exterior of the Houses of Parliament, otherwise known as Westminster Palace.

Five Things FMs Need to Know about The Environment Bill

UK Science Facilities to be Upgraded in £213 Million Government Investment

Thanks to a major investment to upgrade the UK’s scientific infrastructure, computers to track infectious diseases and a floating offshore wind testing lab are...