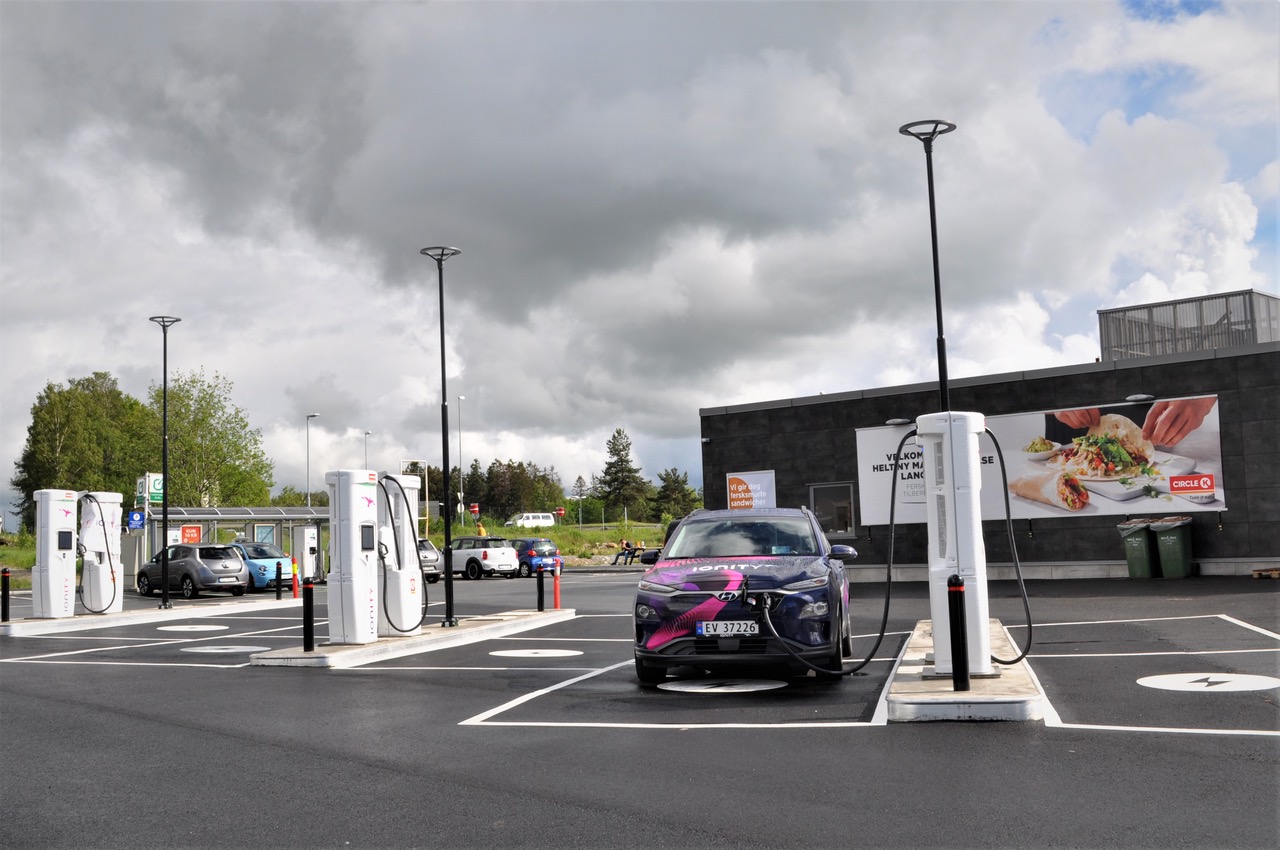 The opening of  the one-hundredth High Powered Charging (HPC) site in Rygge, Norway, represents a significant milestone in the development of charging infrastructure in Europe.

The new charging park is operated by Circle K on behalf of Ionity. It currently has six HPC stations and is equipped with the European Charging Standard Combined Charging System (CCS).

A further six stations are prepared in a space that can expand to 12 HPC stations in total if required. Overall, the Circle K site currently offers 52 DC charging points - which are leased by various providers of renewable energy (a bit like having Shell and BP offering fuel from the same forecourt).

Rygge is an ideal stop-off and charging location for those travelling from Oslo to Gothenburg, Malmø, Copenhagen and Hamburg.

The latest generation of ultra-fast charging stations deliver 350kW. Depending on the capacity of the vehicle’s battery, drivers can benefit from significantly shorter charging times.

"Currently there are a further 51 sites under construction, most recently our first stations in the United Kingdom, Ireland, Holland, Italy have come online and are now open for business. For about 95 per cent of the planned stations, the contracts with the respective site owners have already been signed."

Picture: This site in Rygge in Norway has already been replicated in the UK and across Europe.