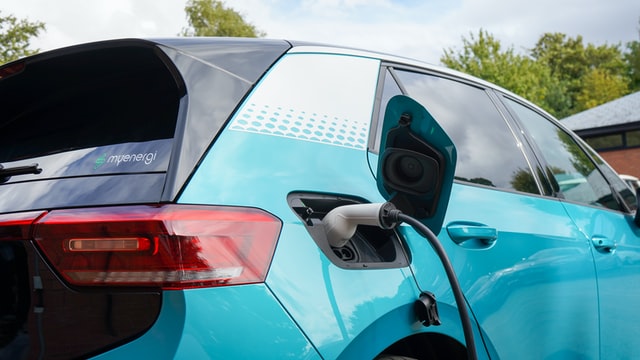 April 22 marks Earth Day, a worldwide event that aims to diversify, educate and activate the environmental movement. Could technology play a key role in the fight against climate change?

Since the first Earth Day in 1970, activists across the world have used the occasion to push for an increased awareness over environmental issues and lobby for policy changes.

The theme of this year’s Earth Day is “Restore Our Earth", with the event focusing on natural processes, emerging green technologies and innovative thinking that can restore the world’s ecosystems.

IDTechEx, an independent market research company, predicts that technology could play a key role in the fight against climate change. The continuing growth of electric vehicles and renewable energy is helping to wean the world off fossil fuels while emerging fields such as carbon capture, utilization and storage, and negative emissions technologies could even help reverse decades of emissions.

Once the carbon dioxide is captured, it is either stored permanently underground (carbon storage) or it is used for a range of industrial applications (carbon utilization), such as CO2-derived fuels or building materials.

Technologies of this type are likely to play a key role in the fight against climate change, with the UN estimating that CCUS could mitigate between 1.5 and 6.3 gigatonnes of CO2 equivalents per year by 2050.

Picture: a graphic showing the process of CO2 capture and storage, from sources, to capture, to compression, transportation, and finally either storage of utlisation. Image Credit: IDTechEx

CO2 can either be captured from a point emissions source, such as a coal-fired power station, or directly from the atmosphere in a process called direct air capture (DAC).

Because the CO2 is present in much higher concentrations, it is usually far easier to capture it from point emission sources and almost all CCUS infrastructure today uses point-source carbon capture.

Point source carbon capture can drastically reduce the emissions from a single source – a coal-fired power plant equipped with CCUS technology can reduce its CO2 emissions by over 90 per cent, at the expense of some energy efficiency. Point source carbon capture could play an important role in mitigating emissions over the coming decades while renewable energy is still emerging and for industries that are difficult to decarbonize.

Unlike point source carbon capture, DAC technology can directly remove CO2 from the atmosphere and can help to reverse climate change. Although the technology is less mature than point source carbon capture (and is currently much more expensive), it has generated a lot of excitement recently, with DAC companies Climeworks and Carbon Engineering both raising over $100 million in investor funding.

The electric vehicle market, in general, boomed in 2020, growing over 40% year-on-year, and its adoption in the facilities management market has accelerated.

We recently reported that UK cleaning and FM firm Cleanology has taken delivery of its brand new all-electric London fleet. Moving over to a fully electric fleet for its London operations means over 5,000 litres of diesel per vehicle each year is saved – equal to 13.5 tonnes of CO2.

Similarly, FM services provider Mitie passed its target of switching 20 per cent of its cars and small vans to electric in October 2020. The company delivered its 750th electric vehicle (EV), ahead of its 20 per cent by 2020 target of 717 zero-emission vehicles.  On average, Mitie is now adding 75 new electric cars and vans to its fleet every month.

IDTechEx expects growth to continue for the next two decades. In practice, they say that battery-electric vehicles offer the lowest-emission solution for the lowest cost in most mobility sectors.

Internationally, China is transitioning away from purchase subsidies and towards a “double credit” scheme, which fines automakers for not selling enough of what it defines as a “new energy vehicle” – a battery-electric, plug-in hybrid, or fuel cell vehicle.

In the US, the Biden administration also has plans to revise emissions targets. The net effect is industrial policy from around the world will push battery-electric vehicles into the mainstream this decade.

Electrification also offers an efficient route to decarbonisation, says IDTechEx, but due attention must also be given to sustainable fuel options.

Sustainable aviation fuels (SAFs) have garnered much interest over the past year. Most recently, United Airlines announced a partnership with corporate customers to purchase 3.4 million gallons during 2021, while Total begun production of SAF at a biorefinery in France, responding to French government targets for SAF consumption.

These SAF fuels make use of sustainable feedstocks and compared to conventional jet fuels can offer up to an 80% reduction in CO2 emissions. The process uses vegetable or waste oils, such as used cooking oil, as feedstocks.

Synthetic e-fuels offer an alternative to biofuels. E-fuels combine H2, produced from water electrolysis, with a source of carbon, such as from direct-air-capture, to produce intermediates such as methanol and syngas (CO + H2) and eventually drop-in fuels. Norsk E-fuel, a collaboration between electrolyzer company Sunfire and direct-air-capture company Climeworks, is aiming to have a pilot plant operational by 2023 capable of producing 10 million litres of renewable e-fuels.

As the popularity of variable renewable power sources increases as above, so too does the difficulty of matching supply and demand.

Whilst solar PV and wind power systems have seen considerable growth, IDTechEx notes that the dominant stationary energy storage technology of today (alongside pumped hydropower) is the Li-ion battery. They forecast the market for Li-ion batteries for stationary storage to reach a value of over $50 billion by 2031.

Whilst Li-ion is set to dominate the market, there is still an appetite for alternative technologies. Redox flow batteries (RFBs) offer one such alternative where there continues to be steady interest. In March, RedFlow announced a deal to install 2 MWh of their zinc-bromide batteries, while Australian vanadium mine developer TNG has entered into a joint-venture with RFB company V-Flow Tech, aimed at marketing and deploying vanadium flow batteries.

However, for long-duration storage, both Li-ion and RFBs are likely to be too expensive and alternatives based on compressed air, liquid air, and gravitational storage are all being explored.

IDTechEx concludes that battery technology is unlikely to be economically feasible for long-duration storage, there will be a myriad of energy storage technologies deployed over the next 10 years to help incorporate increasing levels of renewable power.

Picture: a photograph of an electric vehicle being charged