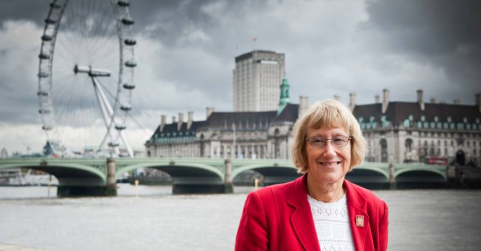 SecuriGroup has achieved net-zero carbon emissions throughout its organisation, including Scope 1, 2 and 3 emissions.

SecuriGroup, an organisation ranked in the top one per cent of the Security Industry Authority’s Approved Contractor Scheme, has taken several measures to achieve this sustainability credential.

They have committed to measuring and monitoring their carbon footprint through the externally validated Streamlined Carbon Energy Reporting (SECR) scheme. SecuriGroup’s Greenhouse Gas (GHG) emissions were assessed in accordance with the government's Environmental Reporting Guidelines. Figures were calculated for Scope 1 and Scope 2 emissions which includes direct emissions from company vehicles and building-related energy, and the business took the decision to voluntarily include Scope 3 emissions that lie outside the direct control of the company.

Picture: a graphic showing a forest and the SecuriGroup logo

SecuriGroup has also implemented a number of paperless processes through the digitisation of systems by continuing to invest in the in-house development of their mobile app, SecuriGo. Earlier this year, the business transferred its web and cloud-based servers to carbon-neutral providers. More efficient heating and lighting systems in their UK and Ireland offices, and a focus on recycling office furniture and IT equipment has also contributed to a reduction in the organisation’s impact on the environment. In addition, SecuriGroup’s vehicle replacement strategy will see their mobile patrol fleet transitioning to fully electric vehicles by 2025.

For those emissions that they cannot yet reduce, SecuriGroup researched the carbon offset market and opted to make financial contributions to projects which support the United Nations Sustainable Development Goals. These goals include renewable energy and forestry projects, marine preservation, sustaining ecosystems and other projects that contribute to overall global development such as female education and water sanitisation projects across the world. All of SecuriGroup’s carbon offset credits are certified by the United Nations Framework Convention on Climate Change.

SecuriGroup also holds the Environmental Management accreditation, ISO 14001, and has done so for over 10 years. They have additionally underlined their commitment to the environment by becoming one of the first 100 companies in the world to sign-up to The Climate Pledge movement, joining global corporations such as Amazon, Microsoft, IBM, Coca-Cola and Mercedes. The Climate Pledge is a global initiative encouraging signatories to take collective action to work together to meet the Paris Agreement ten years early, and to build a safe and healthy planet for the next generations.

SecuriGroup Chair, Baroness Ruth Henig CBE, said: “This achievement marks a significant milestone for SecuriGroup. We have committed to actively monitor and reduce our energy emissions, improve sustainability measures, and mitigate our impact on the environment.”

Picture: a photograph of SecuriGroup Chair, Baroness Ruth Henig CBE. The London Eye can be seen in the background

Professional services firm RPS has launched its first podcast, which will explore how to deliver net-zero in the built environment. “Building Sustainably: The...

New YouGov research commissioned by business improvement and standards company, BSI has revealed the lack of awareness of the UN Sustainable Development Goals by UK...

A net-zero guide aimed at facilities managers and building services professionals has been published by BSRIA and London South Bank University. The guide is a...