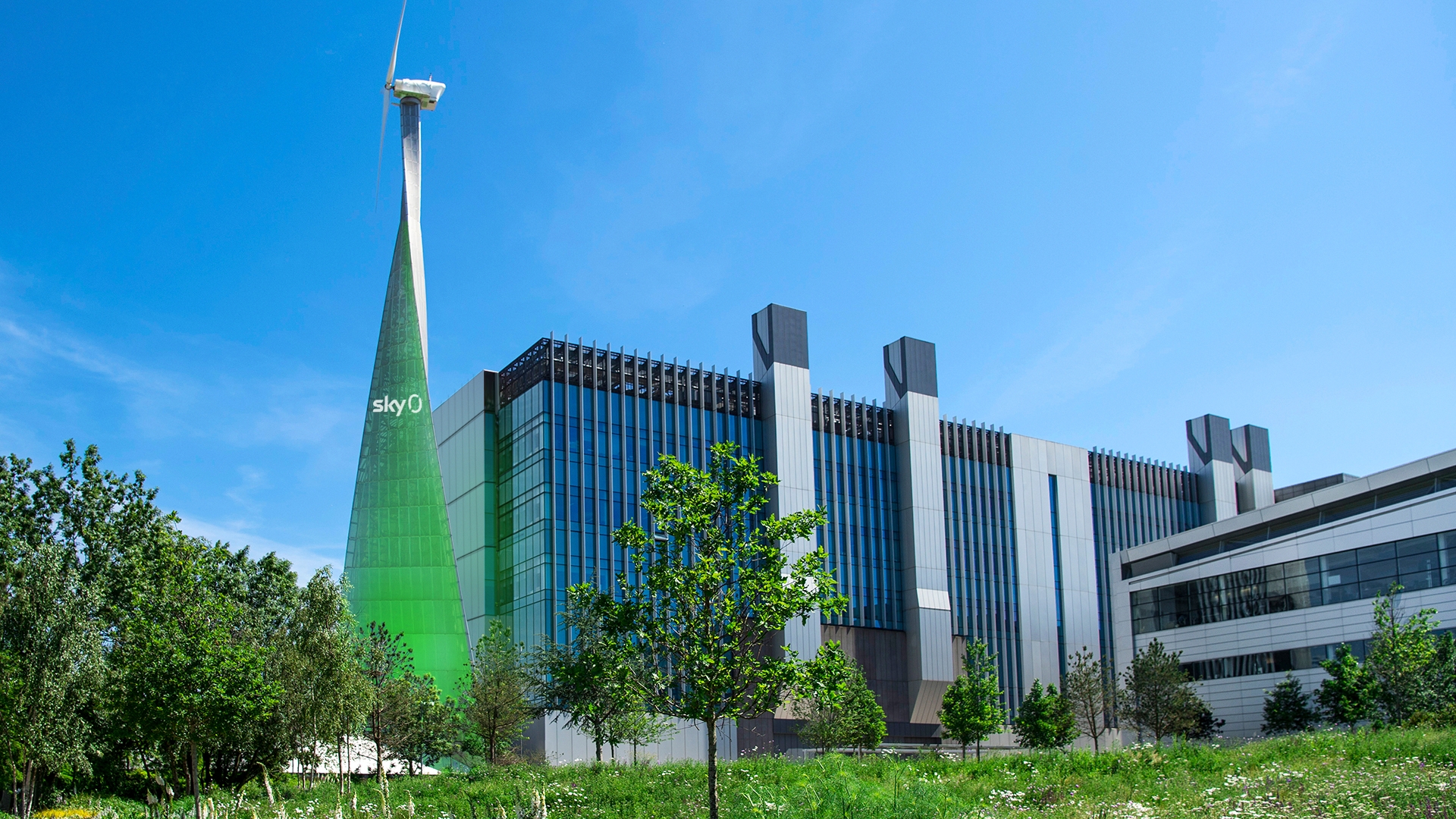 In one particular 4-page wrap-around advertising front cover of the London Evening Standard, Sky paid to deliver the message 'We're not great at goodbyes. So we're going net-zero by 2030, two decades before we have to'.

The inside covers of the wrap explained Sky's fourteen-year drive to go carbon neutral – and on now to net zero. The outside back cover declared 'Sky 0 #GoZero. Because the world can't wait'.

Sky will also use its channels and programming to encourage others to #GoZero, spreading the word to millions of people every day.

“We are entering a critical decade on the long road to climate recovery, and all businesses have the opportunity to accelerate progress and become part of the solution."

“Every business depends on and is fundamentally connected to the environment and we have a responsibility to protect it. We need to take action now – because the world can’t wait. We’re on the journey, and we want to bring everyone with us. Sky Zero will transform our business, advocate for change and inspire our 24 million customers to go zero,” continued Sky's Group Chief Executive, Jeremy Darroch.

How will sky hit the net-zero limit?

Sky will seek validation of its targets from the SBTi (Science-Based Target Initiative) and will publicly report its carbon footprint.

Sky has been a carbon-neutral company from their direct emissions since 2006 and was the first media company to make that step and the company has been campaigning for the environment for more than a decade, from Rainforest Rescue to Sky Ocean Rescue. Now existing channels such as Sky News along with the new Sky Documentaries (launching Spring 2020) and Sky Nature (launching Spring 2020), will inform audiences and explain how they can start the journey and #GoZero.

Sky Ocean Rescue will continue to champion ocean health with the WWF, and rally people to #BeAnOceanHero by pledging to help save our oceans. And Sky’s £25million impact investment fund, Sky Ocean Ventures, will continue to support innovations stopping the flow of plastic into the sea.

Andrea Leadsom, Secretary of State for Business and Energy said on the day of Sky's announcement: “This Government is committed to tackling climate change and to making the UK the best place in the world to grow a business. An ambitious commitment like this one from Sky shows these can be done at the same time, and I am sure many other businesses will follow suit.”

Tanya Steele, WWF Chief Executive, said: “Sky’s net-zero pledge is ambitious and hugely welcome as it stretches across its supply chain and will reach millions of its customers. Only a handful of UK businesses are showing the leadership that is needed to help tackle the climate crisis in this way, despite the devastating toll that climate change is taking on our planet. We hope that Sky’s pledge will inspire and support customers and communities to live a lower-carbon lifestyle so the impact will be felt throughout the country."

“We are running out of time to act. More companies urgently need to follow Sky’s lead and commit to a science-based target limiting global temperature rise to no more than 1.5°C."

“We are running out of time to act. More companies urgently need to follow Sky’s lead and commit to a science-based target limiting global temperature rise to no more than 1.5°C. The Government must deliver the policies that businesses need to cut their carbon and minimise their impact on nature, not just within their organisations but throughout all their business activities including the products and services they offer to customers,” continued WWF Chief Executive, Tanya Steele.

Sky is planning to build Sky Studios Elstree, which is expected to lead to the creation of over 2,000 new jobs and generate an additional £3 billion production investment in UK creative sector in the first five years alone.

Picture: An impression of a Sky Zero wind turbine.