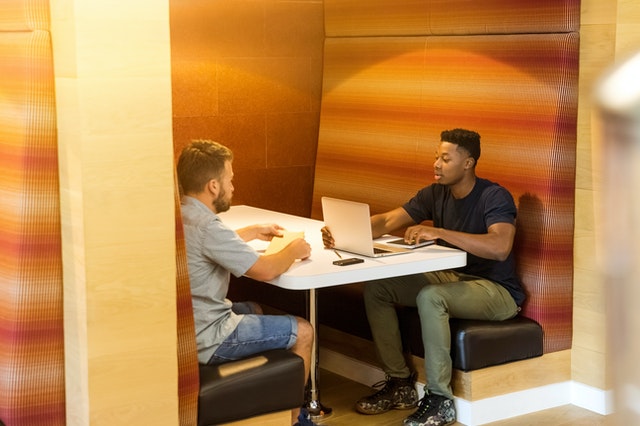 Sodexo is helping to empower 40 young people of diversity to achieve their career aspirations through a 14-month mentorship programme.

Coinciding with Black History Month 2020, Sodexo is partnering with Generation Success, a not-for-profit social enterprise on a mission to create equal access and opportunities for a fairer world.

As part of the scheme, the coaches from Sodexo are undergoing an apprenticeship to enable them to offer one-to-one sessions over a six-month period with their coachee. Goals and expectations will be agreed, and Sodexo’s mentors will provide advice and guidance on what barriers there are and what actions can be taken to overcome them.

“Often, the young people we work with feel that they are being held back by their diversity, and we want to play our part in helping people of colour achieve their career aspirations.

Martin O’Rourke, Sodexo’s divisional director for healthcare, has been involved in the Generation Success Mentoring Programme for two years and supported the development of the partnership programme with Sodexo’s HR team:

“I’ve always felt passionate about helping people be the best they can be, and I joined the mentoring team at Generation Success because I wanted to help young adults from diverse backgrounds achieve their goals.

“I knew that Generation Success was keen to work more closely with Sodexo, and for Sodexo it’s a great opportunity to tap into young talent who may be considering a career in facilities management, or who may not have previously been aware of the breadth of roles available at Sodexo.”

“Often, the young people we work with feel that they are being held back by their diversity, and we want to play our part in helping people of colour achieve their career aspirations.

“We are proud to partner with Sodexo in the mentoring scheme not only to open up a range of career opportunities to young people that they may not previously have been aware of, but also because we know that Sodexo has a strong culture of inclusivity.”

Sodexo’s Commitment to the Diversity and Inclusion Agenda

Sodexo’s inclusivity programme is led by Amolak Dhariwal, who was recently named in the Queen’s Birthday Honours List. Its established Origins employee network works to celebrate everyone’s culture, heritage and beliefs and promote equal opportunities for all.

The company is also establishing an internal coaching programme for frontline BAME employees who feel like they would benefit from mentorship, and as part of Black History Month, listening groups for black colleagues are being held, aimed at bringing about positive change to help more people from minority ethnic backgrounds into senior leadership and management positions.

Picture: a photograph of two people sitting across from one another in a meeting booth