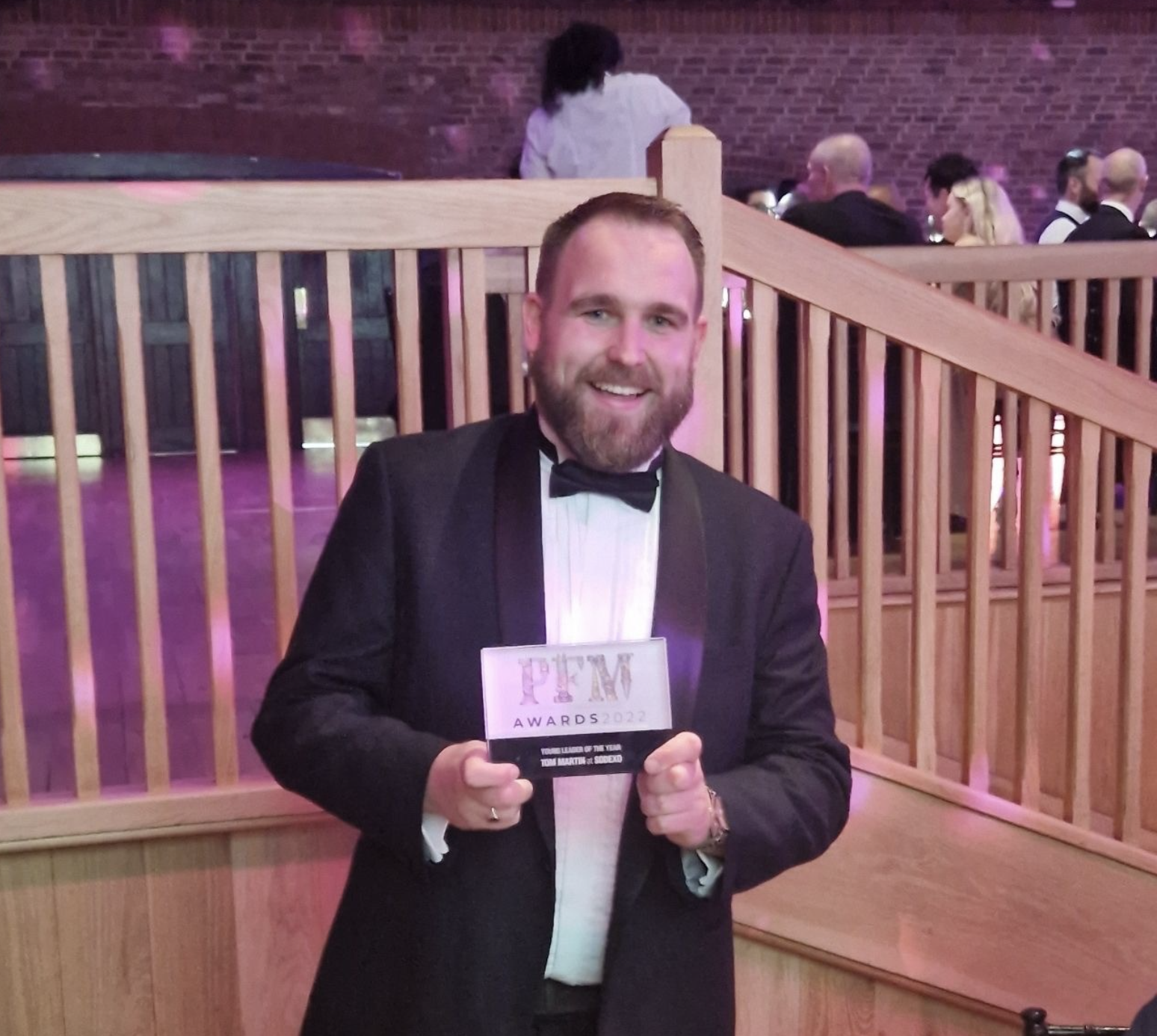 Tom Martin, Contract Manager for Student Living by Sodexo at Northumbria University, has been named Young Leader of the Year at the 2022 PFM awards.

Tom joins a list of winners that includes MD and Co-Founder of Penguin FM Edward Wick and Roshan Deshmanya from CBRE.

The young leader category is run in collaboration with the Emerging Workplace Leaders (EWL), a voluntary organisation that aims to accelerate change in the workplace and create a community and platform that enables the leaders of today and tomorrow to connect and accelerate their personal and professional growth.

The young leader category highlights the wealth of emerging talent seen throughout the FM industry and is awarded and aimed at recognising individuals aged 35 or under. In addition to the written nomination, Tom had to present to a panel of five judges and then to wider FM professionals along with the other category finalists at a finalists showcase event.

Simon Knight, Managing Director (Universities) at Sodexo UK & Ireland said: “We are immensely proud of all that Tom has achieved in the eight years he has been with us. He continues to develop, innovate, share and lead from the front and has a very promising future ahead of him. Tom has always been seen as a manager that helps, supports, and invests in others. Tom continues to be mature beyond his years and looks to share his own career journey and lessons with others.”

In addition to this award, in 2019 Tom won Best Young Talent at the Best in Class awards held by The Class of 2020, a partner-based non-profit organisation aiming to further the professionalism and knowledge of living, learning and working in university cities. The Class of 2020 is now the largest student housing and co-living platform. He also won New Residence Life Professional of the year by the College University Business Officers (CUBO) in recognition of his work at Northumbria University.

Tom joined Sodexo eight years ago and was promoted to contract manager in early 2022. In his role, Tom oversees the total facilities management for the 2,653 beds across Northumbria University’s student accommodation estate which comprises six buildings including the on-campus accommodation built in 1966 to the new modern 993-bed Trinity Square site in Gateshead.

During the COVID-19 pandemic, Tom ensured the health, safety and wellbeing of the residents who were unable to return home. This included the launch of a new concierge service for the students at Northumbria University and at another Sodexo-managed student accommodation facility at Birmingham University’s Bath Court.