Taking to The Streets To Help the Homeless 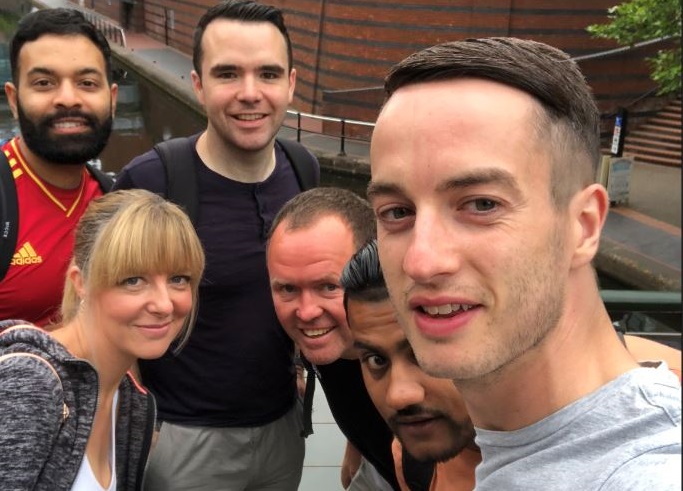 Staff at the Trident Building Consultancy are walking 150 miles to help end youth homelessness. As part of RICS’ 150th birthday celebrations, a team will cover the distance to raise money to provide 150 beds for young homeless people as part of a project with LandAid.

The Birmingham office kicked things off on July 13 walking from the office and around the city canals the challenge is taking place during August.

The Leeds office picked up by walking from Golden Acre to Bardsey on August 2; the Edinburgh office walked from Forth Road Bridge to Edinburgh Castle on August 8; the Liverpool office started from less regal surroundings at Hooton up to West Kirby on Augus10t; and on the same day over the Irish Sea the Dublin office walked around the city centre. The London West End and London City offices will join forces to walk from Kew Bridge to Tower Bridge on August 16; both the Glasgow office and Bristol office will be out on August 17 walking from Drymen to Rowardennan in Scotland and a loop round Bristol starting and finishing at Portishead; and the Manchester office will finish the walk on August 24 by walking from Lytham to Fleetwood.

You can sponsor Trident and contribute to this worthy cause by using the following link: www.justgiving.com/fundraising/trident-pledge-150

RICS aims to raise £2.25 million for is campaign. To find out more about this project and the amazing work that LandAid does - Click Here