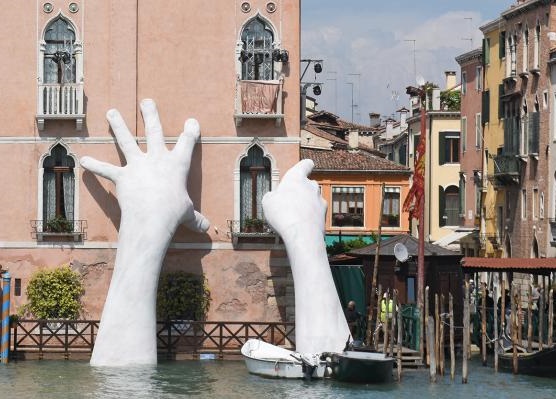 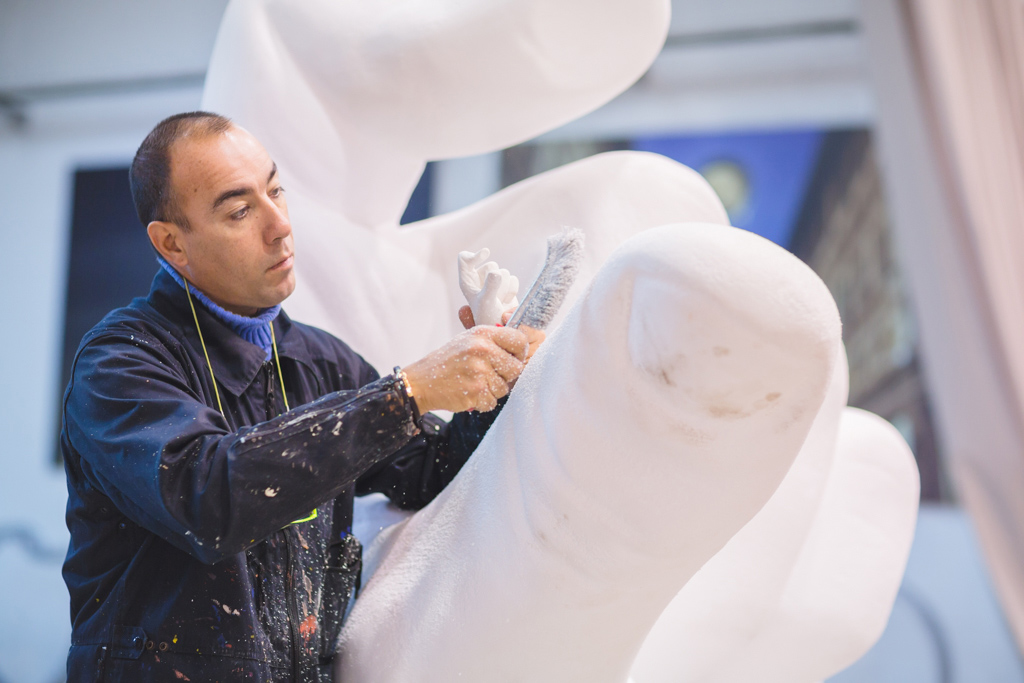 It is there to remind participants of rising sea levels that threaten Venice and all coastal cities around the world according to the UN Climate Change Committee.

The installation, first unveiled by Quinn at the Venice Biennale in 2017 and commissioned by Halcyon Art International, shows two gigantic hands of a child emerging from the Grand Canal in Venice to protect and support the historical building of the Ca’ Sagredo Hotel.

The three metre version of the sculpture was brought to the COP (Conference of the Parties) shortly after the Mayor Venice recently declared flooding in the beautiful Italian city to be the result of the 'climate crisis'.

"Venice, the floating city of art and culture that has inspired humanity for centuries, is threatened by climate change and time decay and is in need of the support of our generation and future ones,” said Quinn. “Let's join 'hands' and make a lasting change.”

Record floods that hit Venice (a World Heritage Site), reaching the highest levels in more than 50 years and leaving the world heritage site sunk in almost two metres of water.

According to experts, there are two main causes for the floods in Venice: while the city is sinking into the mud it was built on, it is also threatened from rising sea levels due to climate change.

Quinn’s sculpture illustrates humanity’s capacity to damage the environment but also its ability to save it. While 'Support' creates a sense of fear in highlighting the fragility of the Venetian building surrounded by water, as a sign of hope, the hands which hold up the walls of a building remind us of our capability to re-balance the world and address global issues such as climate change.

This version of ‘Support' will be displayed at the Blue Zone of the COP 25 venue, while three smaller replicas of the sculpture will be on display at the UN Climate Change pavilion.

Picture: The original sculpture in Venice, the sculpture at the COP25 venue and Lorenzo Quinn at work.