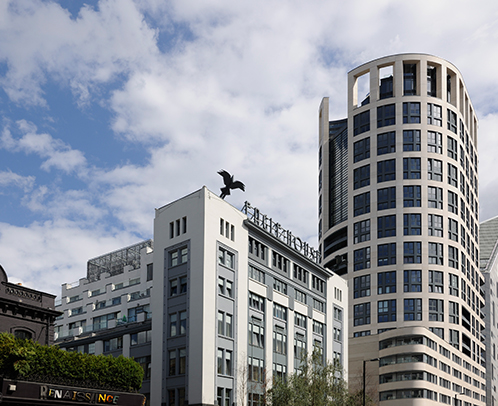 Co-working and flexible space firm, The Brew, with properties in London including Eagle House near Old Street, has just signed a deal with global co-working provider rent24 to expand throughout the UK & Ireland.

The deal means a name change - The Brew by rent24. There is a plan is to open 45 co-working spaces over the next three years. It also means Brew by rent24 members will have access to an international network as well as London and regional locations.

New company will take The Brew's established formula for hospitality and tech-driven approach to co-working.

The 45 locations will cover an anticipated 1,350,000sq.ft, which will put The Brew by rent24 in the top five providers in London and well within the top ten in the UK, as the firm aims to attract over 35,000 new members.

Founded in Germany by Robert Bukvic, Rent24 creates technology hubs for entrepreneurs, founders and innovators, with members spanning start-ups to enterprise businesses. The company has more than 45 locations across three continents, and ambitions to open more than 185 active locations worldwide by 2020, making it one of the largest international communities of businesses and freelancers.

Founded in 2012 by Andrew Clough, The Brew is an established UK co-working provider, with five locations across East London and the City. Clough, now CEO of The Brew, said: “When I started The Brew, co-working was still in its infancy and despite rapid growth over the last few years, there is still huge scope for expansion and innovation in the market. More people are entering the gig economy or starting their own businesses, which means they need convenient, flexible and affordable places to work."

Clough continued: “Beyond that, co-working brings benefits to businesses of all sizes, including large corporates, which are increasingly looking to tap into the thriving and dynamic community it offers. The support and investment of rent24 is fantastic news for The Brew and for our members, providing access to a global network of spaces and members, as well as innovative technology, which promises to make the co-working experience more seamless than ever.”

Picture: The Brew, with properties in London including Eagle House near Old Street, has just signed a deal with global co-working provider rent24.