Action Not Words Needed for Emissions 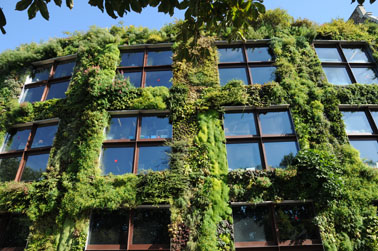 Governments, businesses, consumer groups and NGOs across Europe are being urged to come together to create ambitious plans for how their countries will cut emissions from existing buildings in order to meet the Paris Agreement and halt global temperature rises.

The World Green Building Council (WGBC) states that as the countdown to an EU deadline for the plans fast approaches and following what it sees as the ‘historic signing’ of the Paris Agreement by world leaders in New York, concrete measures must now be implemented.

From the end of last month EU member states will have just one year to submit so-called ‘national renovation strategies, i.e. detailed plans on how they will renovate their nations’ homes and commercial buildings to high standards of energy efficiency.

Existing buildings currently account for 36% of the EU’s total carbon emissions and ensuring they are as energy efficient as possible will be key to help meet the Paris Agreement and the region’s goals under the EU’s so-called Energy Union. Experts widely agree that despite the large number of European initiatives aimed at tackling this problem, the rate and depth of renovation is insufficient to meet long term climate targets.

BUILD UPON has begun convening a major policy dialogue process with over 1,000 organisations, from governments and local authorities, construction companies and product manufacturers, to energy providers and banks, who will join forces to tackle this issue.

“Emissions from existing buildings are one of the biggest climate challenges facing Europe and curbing them will be absolutely critical if we are to meet the ambition of the Paris Agreement,” stated James Drinkwater, Director, WorldGBC’s Europe Regional Network. “Europe is doing a huge amount on energy efficient renovation but it’s not adding up to the results we need because of a lack of coordination. We urge countries to work with us and our partners to develop ambitious, coordinated strategies.”

The EU’s Energy Efficiency Directive requires member states to submit long term strategies to mobilise investment in renovating existing residential and commercial properties but to date, the full investment potential is far from being realised. Investor groups have called for clearer long term renovation targets as policy makers in Brussels debate revisions to the EU’s main climate and buildings laws – the Energy Performance of Buildings Directive and Energy Efficiency Directive.

Patty Fong, Programme Director of the Energy Efficiency Programme at the European Climate Foundation and a BUILD UPON board member, observed that the EU was in the process of revising major laws that would decide the role that Europe’s building sector plays in achieving Paris’ ambition. “What we really need is political and industry leadership with a long term vision for the deep renovation of our building stock so we’re able to meet our collective climate targets and strong national renovation strategies have a clear role to play in this which is why our network is partnering with BUILD UPON.”

Major players such as banks were also interested in the development of strong strategies to provide the strengthened policy needed to help support the growing market for energy efficiency.

Picture: The World Green Building Council has called for positive steps to be taken to make Europe’s existing buildings emit less in line with the Paris Conference

In the early hours of last Friday, EU Leaders agreed to further cuts in CO2 emissions - 40% by 2030, compared with 1990 levels - with the EC President Herman van Rompuyj...