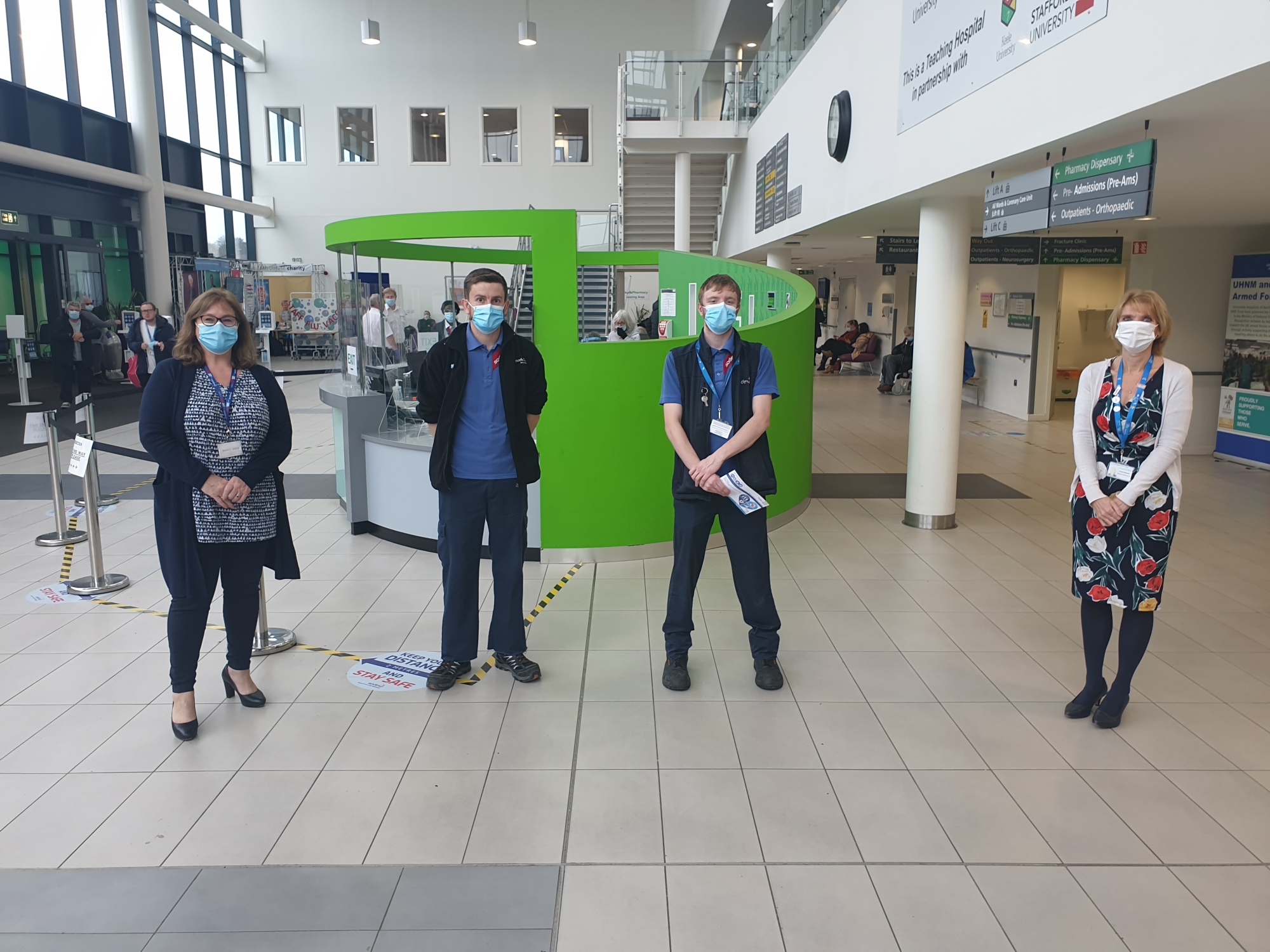 On 16 November 2020, porter William Nock heard a patient fall while they were being transported in a lift and sprang into action to provide help.

Their actions ensured the patient received the best quality care before clinical staff could restore the patient’s heartbeat.

“Working in a hospital brings pressure, particularly during a pandemic, so to think clearly when in a critical situation shows their calibre as professionals and individuals.”

William Nock has worked at the hospital since taking part in a DFN Project SEARCH internship September 2019, in conjunction with New Friars College, becoming a full-time member of staff in June 2020. The internship enables young adults with certain additional learning needs, and other disabilities, to learn skills while working to help them gain employment.

“Working in a hospital brings pressure, particularly during a pandemic, so to think clearly when in a critical situation shows their calibre as professionals and individuals.

“Their commitment to helping others is commendable and I am proud to call them colleagues.”

Claire Cookson, DFN Project SEARCH CEO, added: “We are so proud of Will and how he responded in such high-pressure circumstances.

“Will is a true inspiration to us all and has risen to the challenge in a frontline role during the pandemic.

“He has an amazing work ethic and is showing that he can respond quickly, calmly and also adhere to new ways of working in the current landscape.

“Will’s story and the incredible work of our graduates in frontline essential worker roles is certainly working to smash stereotypes and create a greater awareness of young people going through supported internships and the value they can bring to society.”

DFN Project SEARCH is a leading transition to employment charity for young people with learning disabilities and autism.

Picture: a photograph of some members of staff at the Royal Stoke University Hospital, including Liam Ecclestone and William Nock