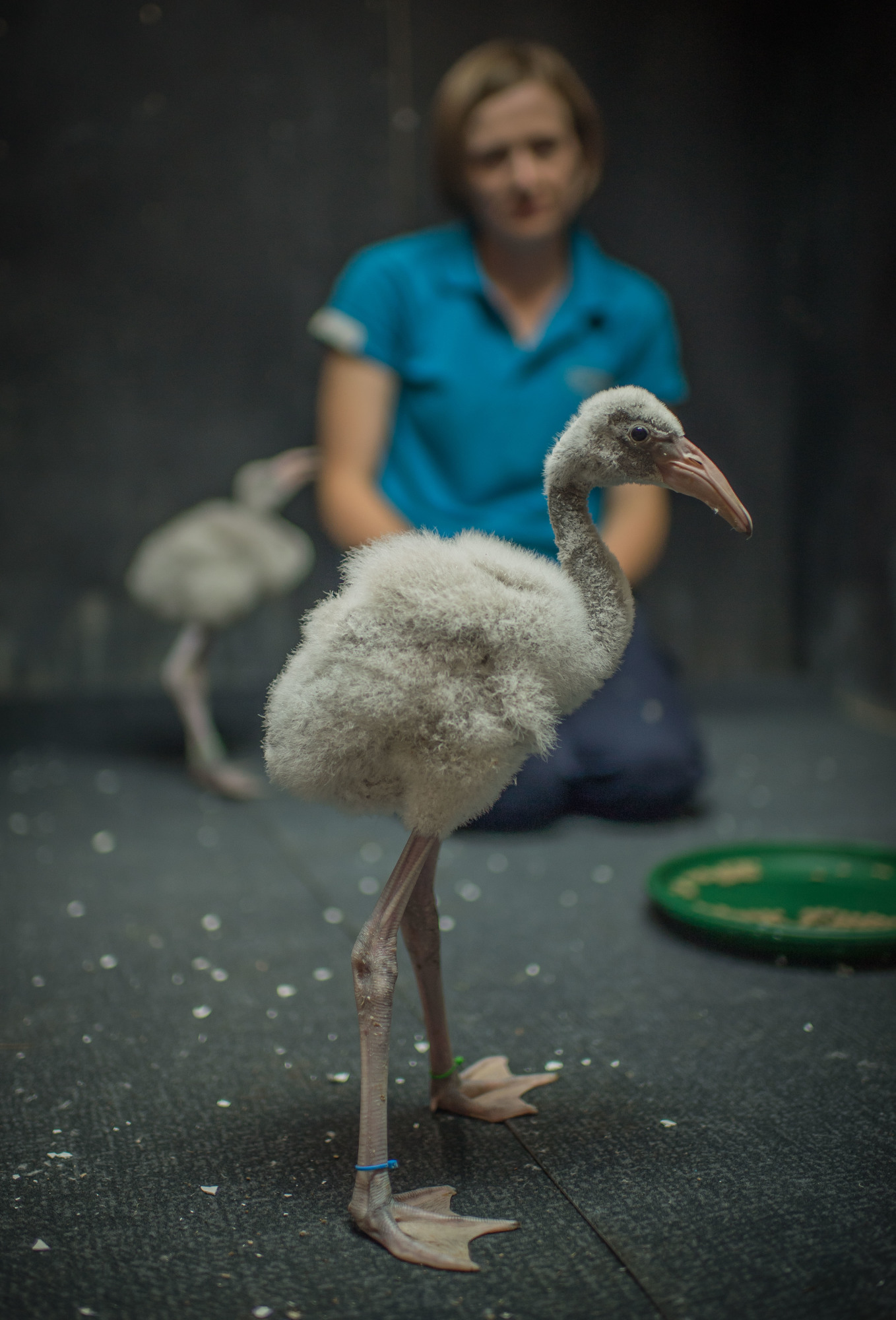 With lots of fluffy feathers, long pink legs and sensitive feet, Chester Zoo’s arrival of 21 Caribbean flamingo chicks required a floor covering for their enclosure that was hygienic, comfortable underfoot and easy to clean. Forbo Flooring Systems came to the rescue with its appropriately named – hybrid flocked flooring, Flotex.

Mark Vercoe, Assistant Curator of Birds, said: “Hand-rearing young flamingo chicks is a really intricate and a demanding challenge  They are required to be fed four times a day at regular intervals and need special attention until they are three months old.

“The chicks were placed in a specially created enclosure in a quiet part of the zoo. We needed a floor covering that would be easy to clean and kind to the chicks’ feet as they are very sensitive and can easily get sores.”

The construction of Flotex combines the warmth, acoustics and underfoot comfort of a textile with the durability and cleaning properties of a resilient flooring making it ideal for the flamingo pen.

With 70 million fibres per m2, Flotex has a highly dense surface pile, which reduces the potential for soiling deposits. The upright fibres and impermeable PVC backing means that the fibres can be cleaned right down to the base. Dry soiling is also easily removed using an upright vacuum cleaner, while tougher stains and dirt can be removed with standard carpet cleaning machinery.  “We couldn’t believe how easy it was to clean – and it dried quickly, which meant we could get the chicks back on it quickly,” says Zoo Keeper Clare Wylie.

Mark continued: “We think Flotex is absolutely superb, it was exactly what we needed and have been telling all our colleagues and partner zoos about it since.    I can imagine we’ll be installing more of it behind the scenes at the zoo in the future.”