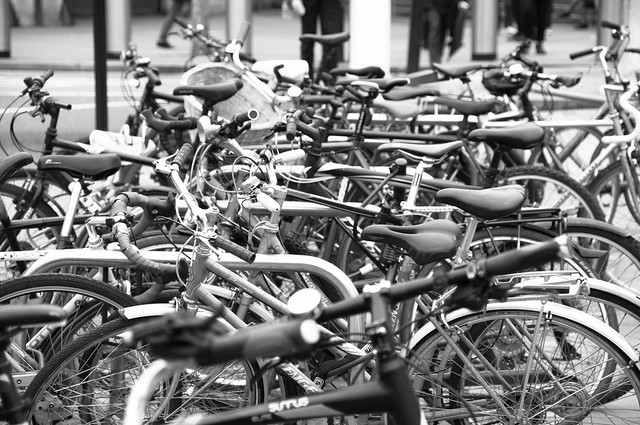 A plan from Transport for London includes improved cycle parking outside 10 stations in the coming year, along with 1,400 new spaces in residential areas.

"Together with our investment in new high-quality routes, we are enabling more people to cycle as part of their everyday routine, making our streets cleaner and greener for everyone," said London's Walking and Cycling Commissioner Will Norman. "To ensure that every potential cycle trip in the capital begins and ends with a place to park, TfL are investing £2.5 million over the next year to boost the number of cycle parking spaces."

The investment comes after half of Londoners said lack of cycle parking is one of the main factors that deter them from cycling and a quarter are put off cycling by a fear of cycle theft.

TfL research shows more than half of stations in London either do not have any cycle parking or do not have enough spaces to cope with demand, despite cycling being at record levels.

Town centres in every London borough also need increased levels of cycle parking, with demand also high in residential areas where there is often a waiting list for spaces.

A TfL survey has revealed that cycling in London is at record levels with the average daily total distance cycled exceeding 4 million kilometres for the first time.

By creating the world's largest database of cycling infrastructure, TfL have worked out the areas of greatest need and how best to meet increasing demand.

'If people know there is good cycle parking at their local station or at their place of work, they are much more likely to use their bike," concluded Norman.

Analysis shows there are currently 145,449 cycle parking spaces on London streets. At least 36,000 additional spaces are needed to meet current demand, with a further 12,000 spaces needed by 2025.

Picture: TfL will provide cycle parking outside 10 stations in the coming year, along with 1,400 new spaces in residential areas.