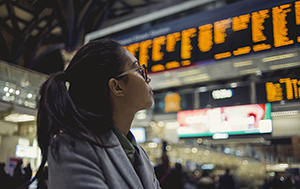 An ‘Easier Fares for All’ proposal has been put forward to make rail fares transparent and simpler to understand in an unprecedented move by the normally stingy rail companies.

Britain’s rail companies have published proposals to overhaul the country’s fares system, making it easier to use and bringing it up to date with how people travel today.

Reform would support ‘tap-in, tap-out’ pay as you go being rolled out across the country; enable greater local control over fares in devolved areas; and better integration of rail fares with those for other modes of transport.

With a new system, commuters working flexibly and travelling in off-peak hours could see savings while overcrowding could be reduced by up to a third on some of the busiest long-distance services.

In all, nearly 20,000 people from across Britain took part in the Williams Review with additional input from over 60 umbrella organisations representing over 300,000 other organisations, authorities and individuals, including businesses, accessibility groups and local authorities.

The consultation, delivered in partnership with independent passenger watchdog Transport Focus, found that eight in 10 people want the current system changed, with respondents calling for a fairer, more transparent and easier to use experience. Responses to the consultation have been used to develop five principles that should underpin reforms to the fares system, including value for money and simplicity.

Based on these principles, the proposals are built with a simple proposition at their core: that customers only pay for what they need and are always charged the best value fare. This would be enabled by the fares system moving to a ‘single-leg’ structure, as currently operates within London, so that customers are able to choose the most appropriate ticket for each leg of their journey.

Amongst other improvements, reforming fares in this way could mean that:

Commuters travelling from outside London in to the capital or elsewhere could benefit from the kind of weekly capping system currently available for journeys within London. With pay-as-you-go pricing and a ‘tap-in tap-out’ system, commuters that currently buy weekly season tickets could save money when they travel fewer than five days a week or are able to travel off peak. This supports changes in working patterns, with part time working and self-employment having increased by over a third in 22 years. 90% of consultation respondents wanted consideration (definitely or maybe) of price capping.

Long distance and leisure travellers could see demand spread more evenly across the day, potentially reducing overcrowding by up to a third on the busiest services. Updating regulations around peak and off-peak travel would mean ticket prices could be set more flexibly, spreading demand for a better customer experience. This would be supported by a wider range of on the day fares. 78% of respondents wanted consideration of fares that encouraged empty seats to be filled.

All customers could have more options and no longer need to commit at the time of buying their outward journey to the time of day when they will return, instead mixing-and-matching different types of single tickets, and making changing travel plans easier. 74% of respondents wanted consideration of fares based on the amount of flexibility required.

If the proposals are developed and adopted, they could enable the industry to offer a ‘best fare guarantee’, so that customers would be assured that they would always be paying the lowest fare available where and when they buy it, which meets their needs.

A reformed fares system would also help make the most of technology such as online accounts, smartcards and smartphones to make ticket buying simpler, so that customers are shown fares which match their needs while screening out irrelevant choices that cause confusion.

Paul Plummer, Chief Executive of the Rail Delivery Group, which represents train operators and Network Rail, said: “The result of our nationwide consultation is clear – customers have different needs and want an easy to use range of rail fares to meet them. Our proposals can deliver exactly that – creating a system that better fits how people live and work today.

"Rail companies are already working together on plans for real world trials so people can see what our proposals could mean for them. However, current regulation needs to be updated and we want to work with government, who are key to making improvements a reality, to deliver the better fares system the public wants to see."