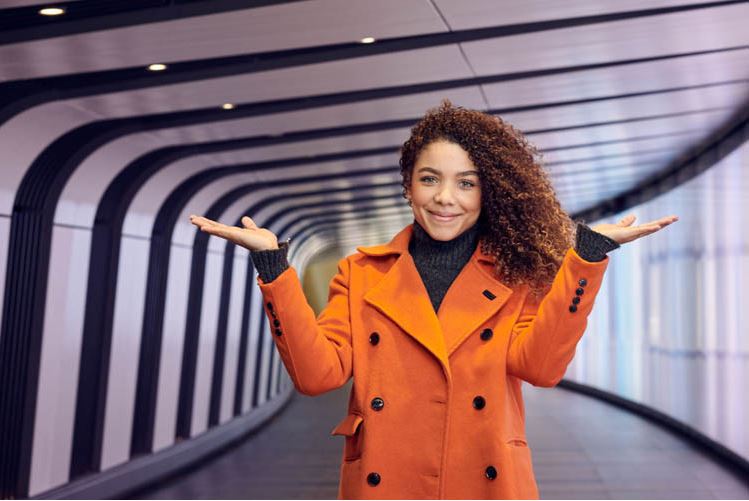 International Women's Day is a global day celebrating the social, economic, cultural and political achievements of women - while also marking a call to action for accelerating gender balance.

A spokesperson from SPIE told ThisWeekinFM: "The focus for International Women’s Day 2019 is developing a more gender balanced world. Events using the theme #BalanceForBetter will promote awareness that balance is not a woman’s issue it is a business issue.

"SPIE UK has long recognised this and has implemented initiatives through its So’SPIE Ladies Network (SSLN) to raise awareness around equality and inclusivity, as well as help break down those barriers by challenging stereotypes in the built environment."

Speaking about the state of the industry, Carolyn Gindein, CSR Manager and So’SPIE Ladies Network representative from SPIE UK said: “We all live with unconscious biases developed over our lifetimes and these are perpetuating the exclusion of women and girls from STEM (Science, Technology, Engineering & Maths) careers. In my experience, girls at school aren’t widely encouraged to consider a career in engineering or other STEM industries, although there are a multitude of roles within those sectors that girls would be encouraged to consider in other industries.

“Reports such as McKinsey’s Delivering through Diversity have shown that women bring a different perspective to work, and potentially a more inclusive approach, which in turn has a positive impact on business outcomes and success. Companies in the top quartile for gender diversity in executive teams were 21 per cent more likely to outperform on profitability and 27 per cent more likely to show superior value creation.

“Whilst most gender biases are unintentional, the ramifications are detrimental to the engineering sector and only compound the persistent skills gap. Only by raising our own awareness, consciously changing the things we say, our behaviours and our expectations can we change the future. In terms of careers, we must support and encourage young women to increase their expectations, be more open-minded in their choices and view all opportunities as gender neutral – it’s people who add the implied gender association.”

SoTogether is Sodexo’s gender employee network, its aim is to foster a culture where enhancing women’s professional and personal growth contributes to the global success of the company and its communities.

The two new initiatives are:

The SoTogether FM Hub, is a sub-group of the SoTogether employee network and is a global initiative with a very clear mission - to increase gender diversity in facilities management roles at Sodexo. The FM Hub will provide a community for employees to come together to learn about ways to advance in their careers and discover the resources open to them. A dedicated Yammer site will support the Hub. This is open to all Sodexo employees globally and offers a place for colleagues to go to for inspiration and advice from other Sodexo employees.

SheWorks is month long global job-shadowing programme which pairs women who are interested in furthering their careers with Sodexo ambassadors who are passionate about driving gender balance in roles where there is an under-representation of women. The campaign is designed to raise awareness of facilities management and hospitality as an attractive career choice for women, foster networking and contributing to Sodexo’s 2025 objective of having 100% gender balanced teams.

Sarah Perry, HR Director, Sodexo UK & Ireland said: “We are passionate about promoting gender balance and seek to develop talented women to progress within the company. The SoTogether FM Hub and SheWorks programme are great ways to engage our colleagues and provide insights into career opportunities and roles that women may not have thought about before.”

Megan Horsburgh said, “International Women’s Day provides a valuable opportunity to recommunicate our commitment to gender balance, the work we are doing to achieve this and how our colleagues can get involved."

With less than 1% of UK plumbers being female, WaterSafe is calling for more women to take up the tools.

Despite plumbing being a great career choice that combines instant job satisfaction, a decent wage and skills that are always in demand, the number of women in the trade remains very low.

So on World Plumbing Day (March 11) WaterSafe, the national register for approved plumbers, will be calling for more women to help protect public health by pursuing a fulfilling and important career as a qualified plumber. WaterSafe’s Get Girls Plumbing campaign encourages women not to be put off by the out-dated stereotype that plumbing is a job better suited to men.

WaterSafe approved plumber Hannah Dorkenoo Leggat said: “I would encourage any women thinking of becoming a plumber to go for it as it is such a rewarding job. You get to meet so many different people, some with amazing stories. The best decision I made was to become a plumber.”

Hexagon FM MD Nicola Lathbury has been made Chair of the Women in FM Special Interest Group for the Institute of Workplace and Facilities Management, formerly the BIFM.

Lathbury has been a volunteer for IWFM for the last five years and has hosted many events in the Midlands and in London for WIFM and the Midlands Region Committee. She has set herself a goal to bring WIFM events to the rest of the country throughout her term, so that everyone gets to experience the support of the WIFM network. She has kicked of her tenure by arranging to bring a WIFM mini conference to the Midlands Region on 10th May 10. The continuing theme being 'Delivering FM Success through Inclusion'.

Women in FM committee will soon have four vacancies on their committee following the conference on March 1 where Lathbury was appointed to her new role. So, if you are want to promote Women in FM and diversity and inclusion and have lots of skills and contacts - register your interest with an email to wifm@iwfm.org.uk

Picture: So put your hands out and Strike The #BalanceforBetter Pose - and do what you can to make a positive difference for women everywhere. Photograph by Avel Shah/EyeEm and taken from International Women's Day resources.

Anne Lennox Martin, a well-known figure in the facilities management sector, has released her autobiography Self-Made Woman to celebrate her...

International Women’s Day – Are You A Rebel?

To celebrate International Women’s Day, we’re sharing a guest piece from Ricoh's Simone Fenton-Jarvis, about not shying away from being a...