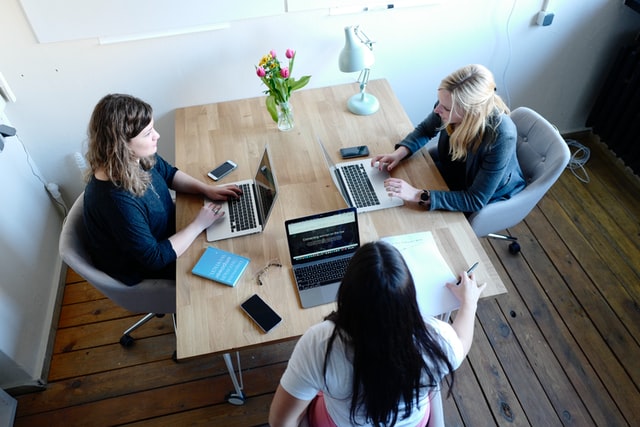 ThisWeekinFM collates thoughts from women in our industry and key statistics to demonstrate why action towards equality for women is needed in the workplace.

International Women’s Day celebrates the achievements of women and acts as a call to action for accelerating women's equality. Each year has a specific theme, and this year it’s “Breaking the Bias”.

What is the current state of gender diversity in workplaces and why do we need International Women’s Day?

Boards are Dominated by Men

Women Count 2021 is the only major paper to report on the number of women on executive committees in the FTSE 350 and the results demonstrate a clear need for significant progress on achieving gender diversity.

The data shows how, despite numerous initiatives and repeated calls for action over many years, 70 per cent of companies in the FTSE 350 have no female executives from the company on their main boards.

Samantha West, Commercial Director at VINCI Facilities, who has worked in construction and FM for over 30 years and is responsible for a huge amount of business in the public sector told TWinFM about her hopes for boardrooms of the future:

“Once in a company, there are career paths available and it’s about ensuring women in the business have just as much chance on these paths as men. But It’s about recognising that, if you look round your boardroom and see no women, that is a seriously bad thing.

“Other women will be looking at boards to see if these businesses have got women in top places, rather than a whole group of guys.“

According to PwC and Real Estate Balance there are just 30 per cent of senior management positions in real estate occupied by women. When so few women progress to senior industry positions, women coming into the sector do not have enough role models to identify with.

Diana Nicolaescu, Head of Property Management at Fortem Property, agrees that the commercial property sector needs to do more to drive women into positions of leadership:

“I don't think women are inspired from a young age to think about business-led roles. I almost 'fell into' the industry, and started out as an Administrator. I climbed the ladder with pure determination and a newfound passion for the real estate industry, and realised - I had something to offer.” 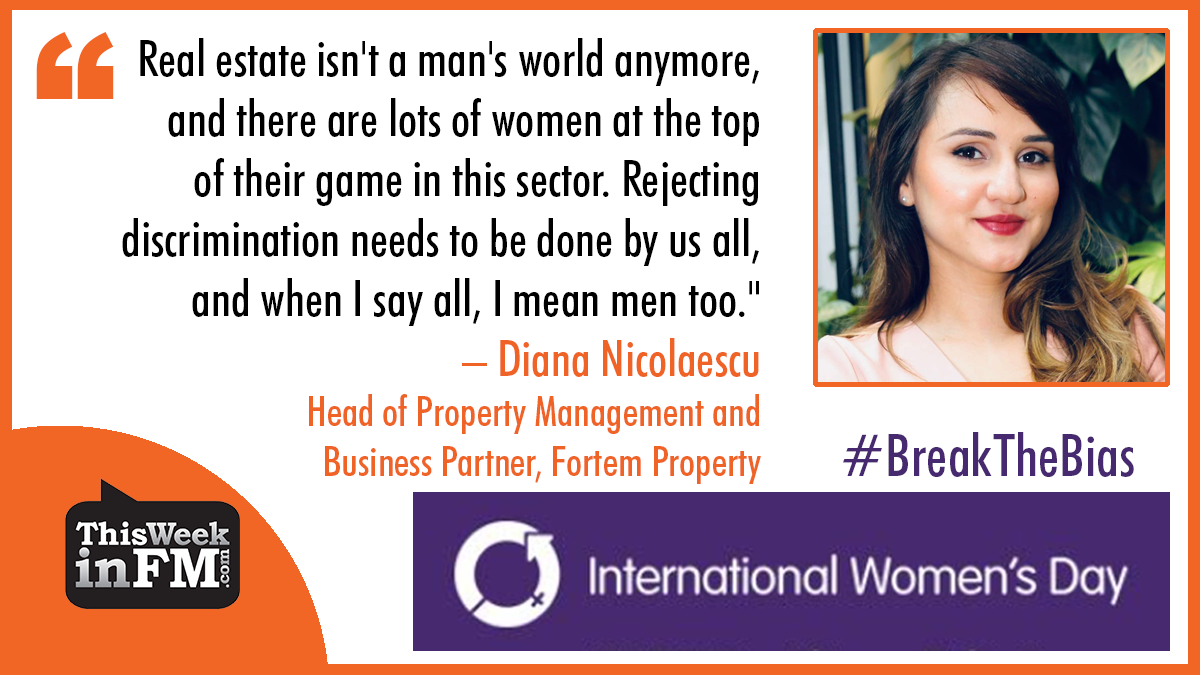 “I think the real estate industry needs more powerful women representing, speaking out and encouraging younger women to aspire to get to the top of their career ladders. As I mentioned above, the industry doesn't necessarily speak to the younger generation climbing up the ranks, and I think it's important to show aspiring business-minded young women that they can get to the top of the property industry if they put their mind to it. I want to set that example.“

Diana also wants to put a spotlight on women’s success stories in the real estate industry:

“Real estate isn't a man's world anymore, and there are lots of women at the top of their game in this sector. Rejecting discrimination needs to be done by us all, and when I say all, I mean men too.”

Jenna Pollock, Divisional Director at ABM, who has 16 years of experience in the FM industry, agrees that employers must support women in calling out biases:

“Leaders in this industry need to have their eyes, ears and, more importantly, their doors wide open to hear from women who want to call something out”

Another generation of women will have to wait for gender parity, according to the World Economic Forum’s Global Gender Gap Report 2021.

The global gender gap has increased by a generation from 99.5 years to 135.6 years. This is due to numerous factors, with several exacerbated by the COVID-19 pandemic, such as women being the main providers of unpaid caring responsibilities and a lack of flexible working options.

Transgender Women Are at Greater Risk of Workplace Harassment

Creating a true culture of inclusion for women must also not exclude transgender women. All women have the right to equal treatment, protection from discrimination and the same career opportunities, including transgender women, under the Equality Act of 2010.

It might also be the case that the experience of transgender women is not considered in diversity and inclusion efforts, due to a lack of awareness.

Samantha West has spoken candidly about her personal journey, and explained to TWinFM what International Women’s Day means to her:

“International Women’s Day is so important for several reasons. Firstly, that women are recognised in our industry & have the careers and equality that they deserve. It’s also about saying that transgender women are women and should be treated like any other woman.”

We Could Be Heading Towards a Pensions Crisis for Women

In the UK, women aged between 65 and 74 years old will have saved half as much money for retirement as men the same age, according to analysis conducted by Scottish Widows.

The analysis reveals that women in this age group will on average have pension savings worth £130,000, whereas men will retire with £260,000 in their pot.

Because women are more likely to work part-time, in lower-paid industries, and take more time out to bring up their families.  A woman will need to work an extra 37 years to allow her to have a pension pot the same size as her male counterpart.

There Are Still Everyday Inequalities

Even seemingly small issues, such as inequalities in clothing, are hugely apparent in women’s everyday lives. From a practical perspective, pockets on women’s jeans are on average 48 per cent shorter and 6.5 per cent narrower than men’s pockets.

In a survey conducted on behalf of fashion brand Lucy and Yak, just over 1,000 women were asked about inadequacies in women’s clothing.

Over half (55 per cent) of survey respondents, said that they often struggle to carry things due to lack of pockets in their clothing.

Lack of pockets for women dates back to the 17th century, where men’s clothing was adapted to be practical by sewing pockets into their clothing, whereas women’s needs were ignored and they subsequently needed to undress themselves to access the contents of their hanging pockets.

Leadership Attitudes are Seen as Male

In business, women can still face a cultural bias where leadership qualities are perceived as inherently male. Referring to the PwC and Real Estate Balance report, one respondent said:

“As one becomes more senior it becomes more important to convey a certain image/way of working and there is less focus on the reality of how good your work is/how strong your client relationships are. Men seem more adept at playing this game than women. Time and time again, men who are no better at their jobs than women at the same level seem to progress faster because of the image they build around themselves.”

As a result of this bias, women in business often feel at a disadvantage when communicating their ideas. Samantha West echoed this in her experience of business:

“My biggest issue really is about a woman’s opinion in a room. I question sometimes whether my opinion has the same weight as a man’s, and I think a lot of women find that.

“For example, often it will be a woman who suggests a really great idea in a meeting. But after a man backs it, it’s sometimes forgotten where the idea actually came from.”

Main Picture: a photograph of three women at a table working on laptops

Using Inclusive Language in the Workplace During Ramadan

With Ramadan approaching, D,E&I and Wellbeing Consultant Ash Ahmad shares her tips on how employers can support their Muslim employees and colleagues during the month...