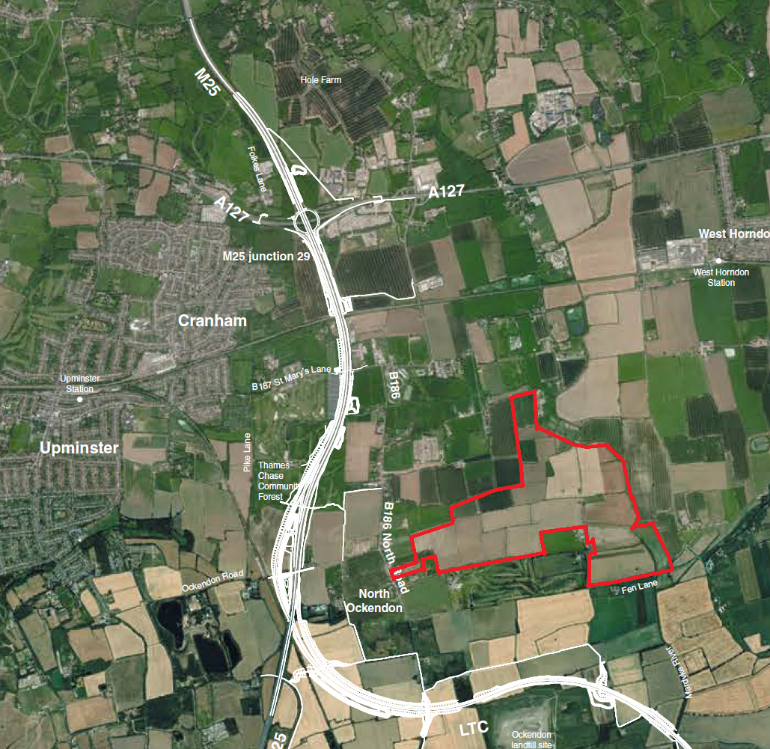 Havering Council’s Cabinet has agreed to move forward with a £5.3 billion plan to bring Europe’s largest data centre to the borough, a major piece of national infrastructure.

After a meeting at Havering Town Hall, the Cabinet agreed for Council officers and their prospective partner, Digital Reef, to continue to develop the proposals to bring forward the East Havering site.

It has been proposed that the 499-acre site in Uxbridge could comprise an ecology park and community forest, and would make  Havering a world-leading centre for the development of green technology.

Estimates suggest that the project will create 2,370 permanent jobs for local people, a substantial skills legacy and wider economic benefits for years to come, amounting to a £694 million contribution to Havering’s GDP during construction and an ongoing annual contribution of £456 million during operation.

The Council in its capacity as Local Planning Authority can now begin to take a view on the appropriate planning route for this project.

The news follows the publication of the United Kingdom prosperity index for 2022 by the Legatum Institute, which ranks Havering as 14th in the top 380 local authorities for investment environments.

A “Small Amount of GreenBelt” Land

The University of Leicester, which is working in partnership with Digital Reef, will conduct research on vertical farming, potentially creating low-carbon food production that equates to 1,000 acres of farmland production but uses only around 15 acres.  It is being suggested that the potential for a national trial to deliver greater food security to the United Kingdom has much broader national significance and will “compensate for any loss of some farmland at the site.”

The proposed site will also provide public access to greenbelt land which is currently private.

However, the CPRE, the countryside charity, has told The Telegraph that they would fight the proposal and that they were “appalled the council has agreed to sink valuable time into developing a proposal which will cause massive environmental damage.”

Councillor Graham Williamson, Lead Member for Development and Regeneration, said: “This is a nationally significant project that will help to drive data security, energy and food security for the UK for decades to come. Although we will be using a small amount of greenbelt, this development represents substantial economic and skills opportunities for the borough. Currently this land is not accessible to the public, and this project will enhance the biodiversity of the area for residents to enjoy.
“It also has the potential to provide a boost to much-needed Council finances from new business rates payments, new jobs for Havering residents, developing training and skills, as well as opening up to 300 acres as a new ecology park for everyone to enjoy. All of which are opportunities for the borough and our residents, as well as they UK as a whole, that are frankly too good to pass up.”