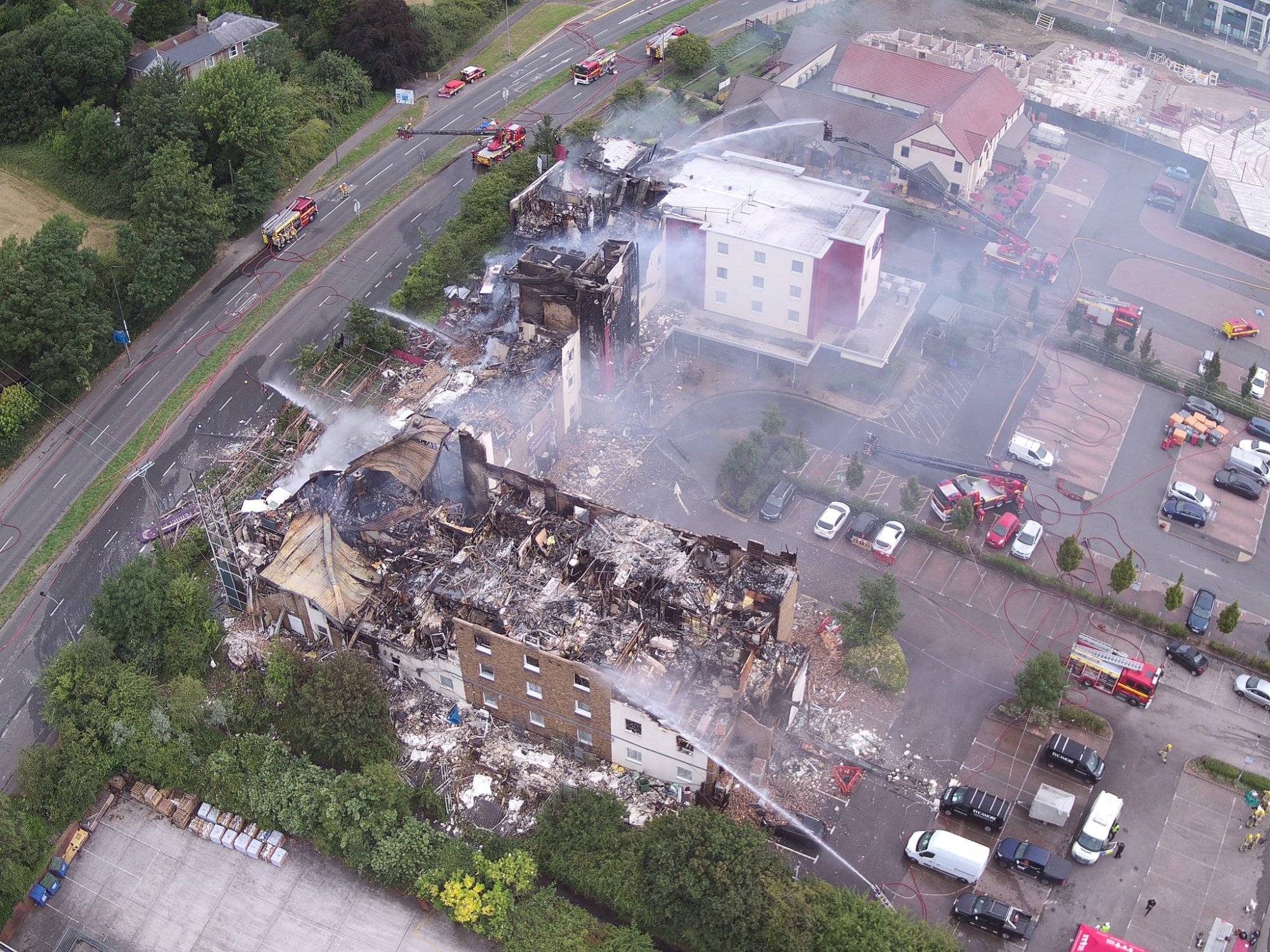 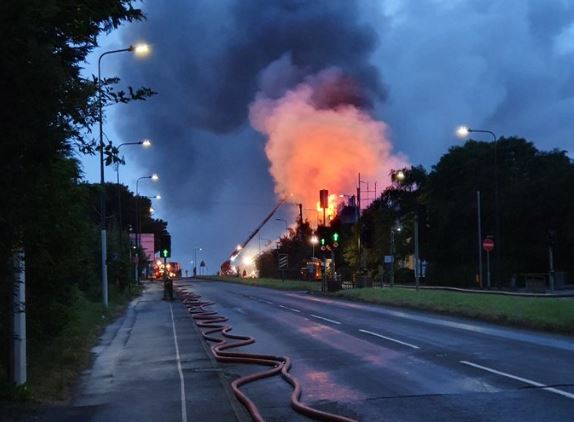 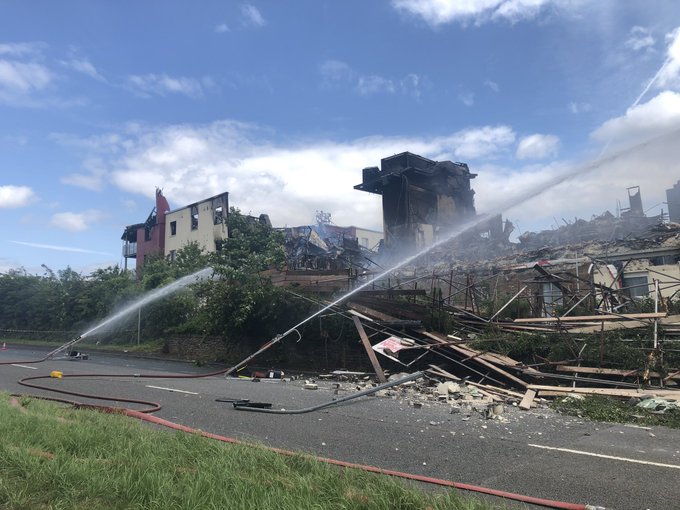 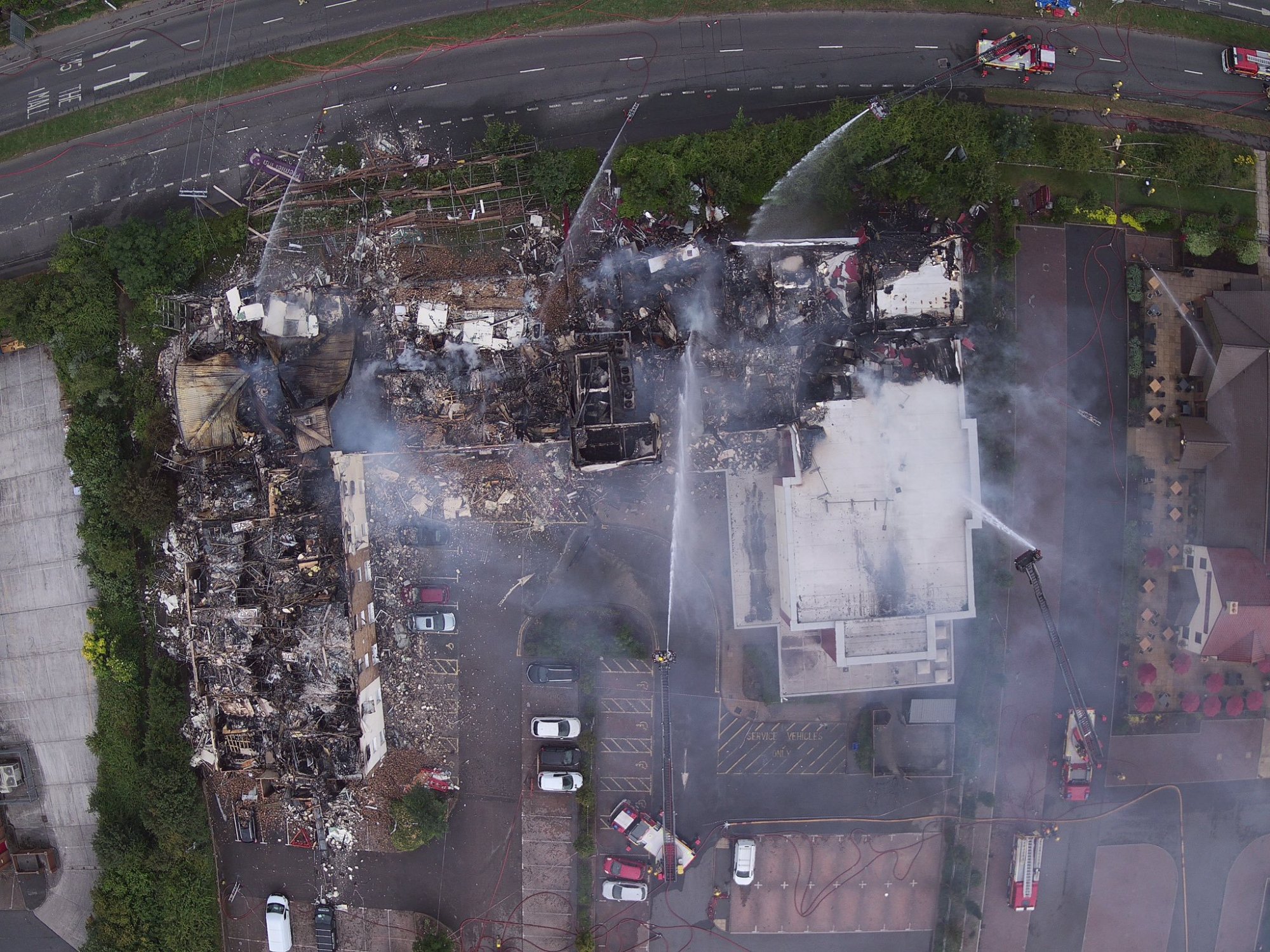 At 2:22pm on Thursday July 18, the Avon Fire and Rescue Service Tweeted that further elements of a Premier Inn had fallen on to the dual carriageway of the A4108 not far from the M5 after a devastating fire broke out at the hotel on Wednesday afternoon.

The Fire Service reported that the incident was still on-going and would be for some time as damping down was taking a considerable effort.

Avon and Somerset Police had declared a Major Incident at the location on Cribbs Causeway at 5:00pm on Wednesday 17. Smoke from the blaze could be seen for miles around and visibility issues affected the nearby motorway.

The resources of the emergency services were stretched to breaking point at a time as they were already dealing with Extinction Rebellion protest activities in Bristol city centre this week.

A police spokesperson said on Wednesday: "Significant delays are expected in the area around Cribbs Causeway and road closures are likely to be in place for some time. Please urgently avoid the area and seek alternative routes to and from Bristol where possible."

Cribbs Causeway is to the west of the city and at the point of the fire, runs almost adjacent to the M5.

Local residents were warned to keep their windows close while some businesses were forced to close. The Dick Lovett BMW showroom told the BBC that is diverted all telephone enquiries to other offices was still awaiting instructions about reopening from the emergency services at 2:30pm on Thursday 18.

Picture: A fire has devastated a Bristol Premier Inn. No injuries have been reported.