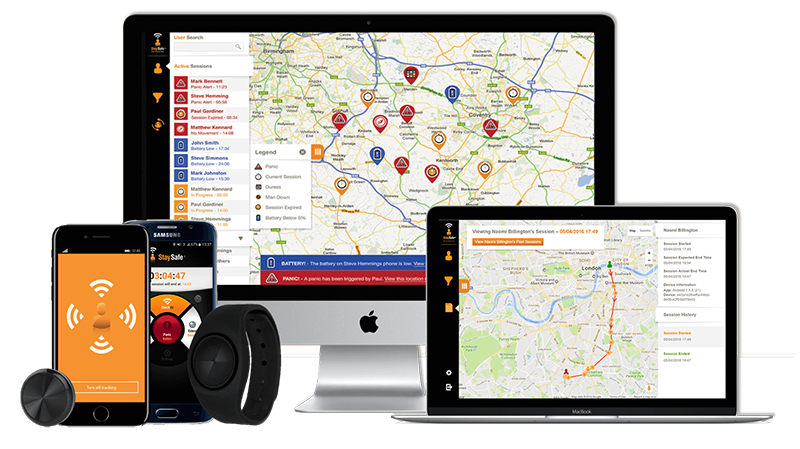 Power generator Infinis with sites across the country, has launched StaySafe its safety solution to enhance the protection and safety of its staff when working out of hours and on unmanned sites.

Infinis replaced its previous lone worker system which relied on workers to update their location every hour via text, with the StaySafe app which provides clear and consistent GPS reporting to determine a user’s last known location and safety status.

Mark Skidmore HSQE Manager at Infinis’ said: “Over the last 12 months, we have rolled out smartphones within the company and launched StaySafe as a practical and improved safety solution.  We understand the risk to our workers who may be vulnerable when working alone on sites and are able to mitigate risk through the app’s hourly timed check-in sessions.

The app’s note function is really useful, allowing staff to provide us with extra detail about their location in order to narrow down our search if they are based on larger sites and need support.”

Don Cameron, CEO, StaySafe adds “We’re seeing a big trend in the Energy and Utility sectors of companies moving away from user-driven/company manufactured systems and dedicated safety devices towards apps, because of the prevalent use of smartphones in the workplace. StaySafe provides a way for organisations to know exactly where staff are and if they are safe – with the added bonus of using equipment staff already carry.”