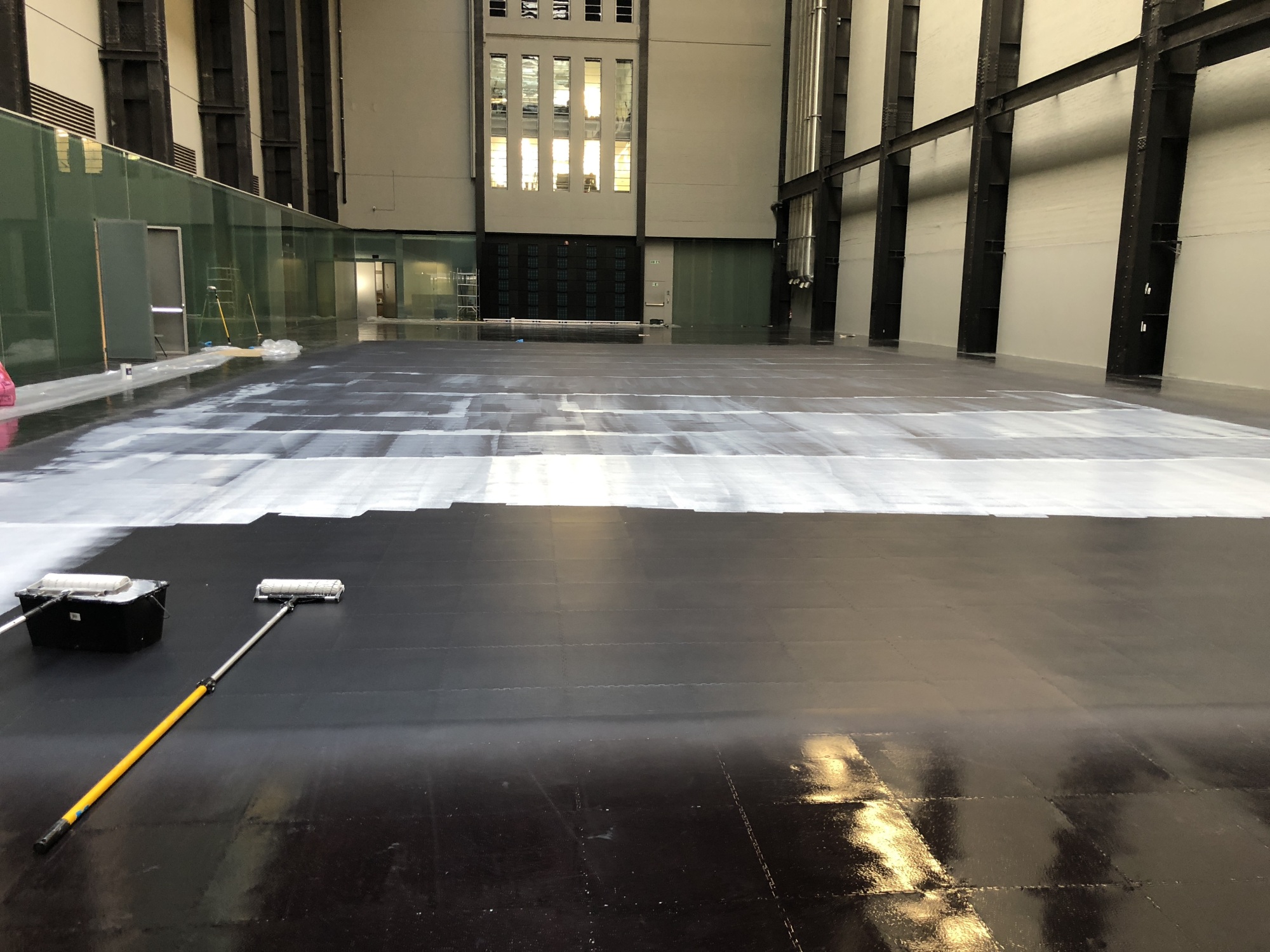 Ballymore, the developer behind Embassy Gardens in the newly rejuvenated Nine Elms, has taken on three new arty tenants to occupy its commercial spaces. Meanwhile, the Tate Modern has unveiled an installation described by the Evening Standard as 'possibly the most radical and unsettling intervention yet'.

The Fortress Contemporary Art Foundation, as well as beauty and lifestyle concept Linnaean and Cyclebar will be moving into the Embassy Gardens development imminently.

Opening its doors in summer 2019, The Fortress Contemporary Art Foundation aims to unite curators, critics and scholars to stimulate creativity and the unearthing of new artistic talent. The Foundation is committed to providing a platform for artists to create, exhibit and push the boundaries of creativity. The new space will bring a visual vibrancy to Embassy Gardens, as is further evidence of the development’s status as an emerging cultural and artistic hub, as shown through its defining public artworks such as Guggi’s Rice Bowl, Florian by Sarah Lucas and Simon Fujiwara’s Modern Marriage.

Linnaean, the beauty and lifestyle retailer will supply Embassy Garden residents with hair and beauty treatments, high quality retail and conscious cuisine. Linnaean’s ‘glocal’ ethos brings curated discoveries from across the world, with products and ingredients responsibly sourced  from the UK, US and South Africa to Korea, Australia and Tasmania, providing Nine Elms with an innovative new third space  for dining, relaxation and a mix of work and play.

Indoor cycling will also come to Embassy Gardens. Cyclebar will unveil their state-of-the-art fitness studio later this year, offering classes to those of all abilities. The studio will be Cyclebar’s first facility in the UK having established over 150 studios in the US, Canada and Dubai.

Earlier this year it was announced that World Heart Beat Music Academy, the award-winning music charity, will call the development its new home whilst DK, illustrated reference publisher, is joining its sister company Penguin Random House in relocating to One Embassy Gardens' prime office space.  Embassy Gardens is already home to District coffee shop and an 18,000 sq.ft. Waitrose.

Interactive Installation At The Tate Modern

A new exhibition unveiled at the Tate Modern in response to the migration crisis has been given a local seal of approval by Anglia Decor – the Rayleigh-based company which has helped bring a new thought provoking piece of artwork by Cuban artist and activist Tania Bruguera to life.

The installation in the Turbine Hall presents migration as a never-ending crisis and reveals a photographic portrait of a Syrian refuge hidden beneath the floor.

The portrait depicts the face of Yousef, a young man who left Syria in 2011 and is now studying biomedical science and working for the NHS. His image is hidden under a heat-sensitive floor.

When enough people come together and gather on the floor, the portrait is revealed.

Local decorating and flooring installation company, Anglia Decor, played a key role in bringing the new installation to life. Anglia Decor’s MD Steve Massey explained:  “To start with plastic floor tiles were fitted to protect the Turbine Hall’s original floor. To that, our specialists added a primer coat and two coats of a heat reactive thermochromic paint, essential to bringing the creative idea to life.”

Massey added: “When the floor is touched, it reacts to body heat and changes colour. The artwork has also been sprayed in thermochromic paint so it is revealed once touched.”

Since opening in 2000, over 60 million visitors have visited the Turbine Hall.