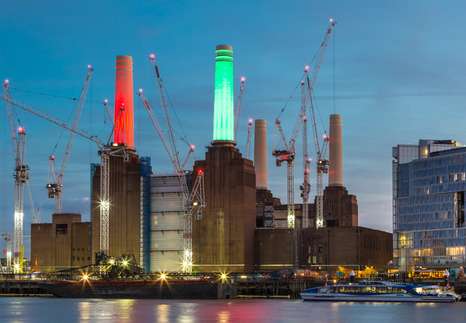 The Permodalan Nasional Berhad and The Employees Provident Fund Board of Malaysia will be acquiring the commercial assets within Phase 2 of the Battersea Power Station development.

Phase 2 comprises the Power Station building itself which accounts for some six acres of the overall 42 acre Battersea Power Station (BPS) development. The transaction will create a long-term asset management and ownership structure for this iconic building.

PNB is one of the largest asset management companies in Malaysia and EPF is Malaysia’s premier retirement savings fund, already own 70% of the entire BPS development through their holdings in the current developers and in the case of EPF, through a direct 20% holding. The transaction is being undertaken by a joint venture vehicle owned 65% by PNB and 35% by the EPF.

The base purchase price is £1.583 billion, payable as an initial payment and then staged payments up to and including the practical completion of the Power Station building.

The transaction is expected to complete in Q1 2019. The transaction will not affect the shareholdings in Battersea Project Holding Company Limited, which remain unchanged between S P Setia (40%), Sime Darby Property (40%) and EPF (20%).

Significant progress is being made on the restoration of the Power Station building which is due for completion in late 2020 and opening to the public in 2021. Of the one million square feet of commercial space available in the Power Station building, more than 50% has already been let as office space to Apple for their new London Campus and to No18, a business members club owned by IWG.