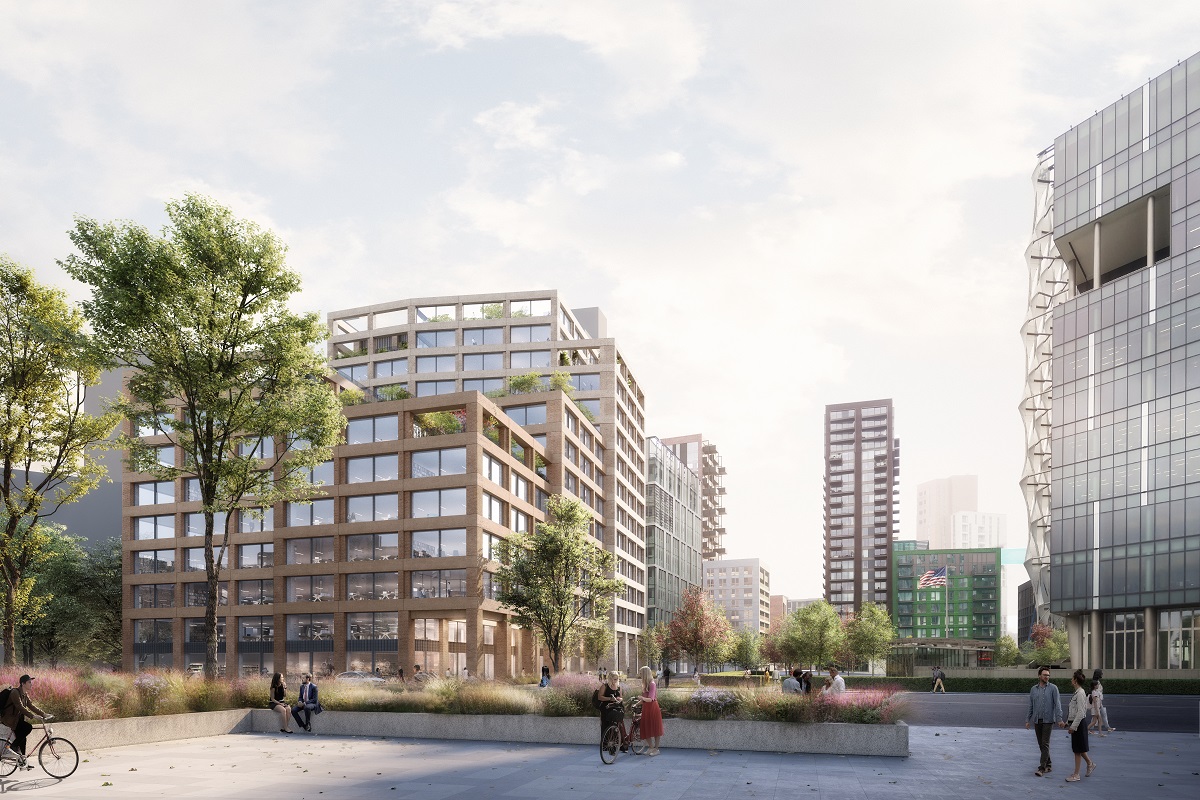 Ballymore has submitted a planning application for a 13-storey office building which will provide 217,000sq.ft of flexible, contemporary space at Embassy Gardens, Nine Elms, Zone 1.

The plans also propose over 5,000sqft. of ground floor retail/restaurant space, in addition to 330 cycle spaces and a cycle workshop to encourage sustainable travel to the area.

The proposed building, named EG:HQ, will encourage outdoor working, events and socialising with six large terraces equipped with views of the River Thames. The proposed layout will maximise space and natural light and will allow for expansive views from every desk in the building. These desks will overlook the area’s new linear park, which runs from Vauxhall to Battersea Park providing a green backbone to the area and an extension to the outdoor spaces provided as part of the building.

The new occupiers will count the new US Embassy, publishing giants Penguin Random House and illustrated reference publisher DK as neighbours, who will move into One Embassy Gardens in 2020. They will join tech leader Apple and the ‘New’ New Covent Garden Market, an epicentre of London’s creative food industry, as global business powers seek to relocate to the new neighbourhood of Nine Elms.

The London Travel Zone One office will be a 10-minute walk from Vauxhall National Rail and tube (Victoria Line) stations, with the anticipated Northern Line extension which will see two new stations open at Nine Elms and nearby Battersea Power Station, due to open in 2021, dramatically cutting commuter time for those travelling from central London and further afield.

A proposed new footbridge will further boost connectivity to the transforming area along with two new passenger piers.

If approved, construction is estimated to start early 2020, with the building anticipated to complete early 2022.