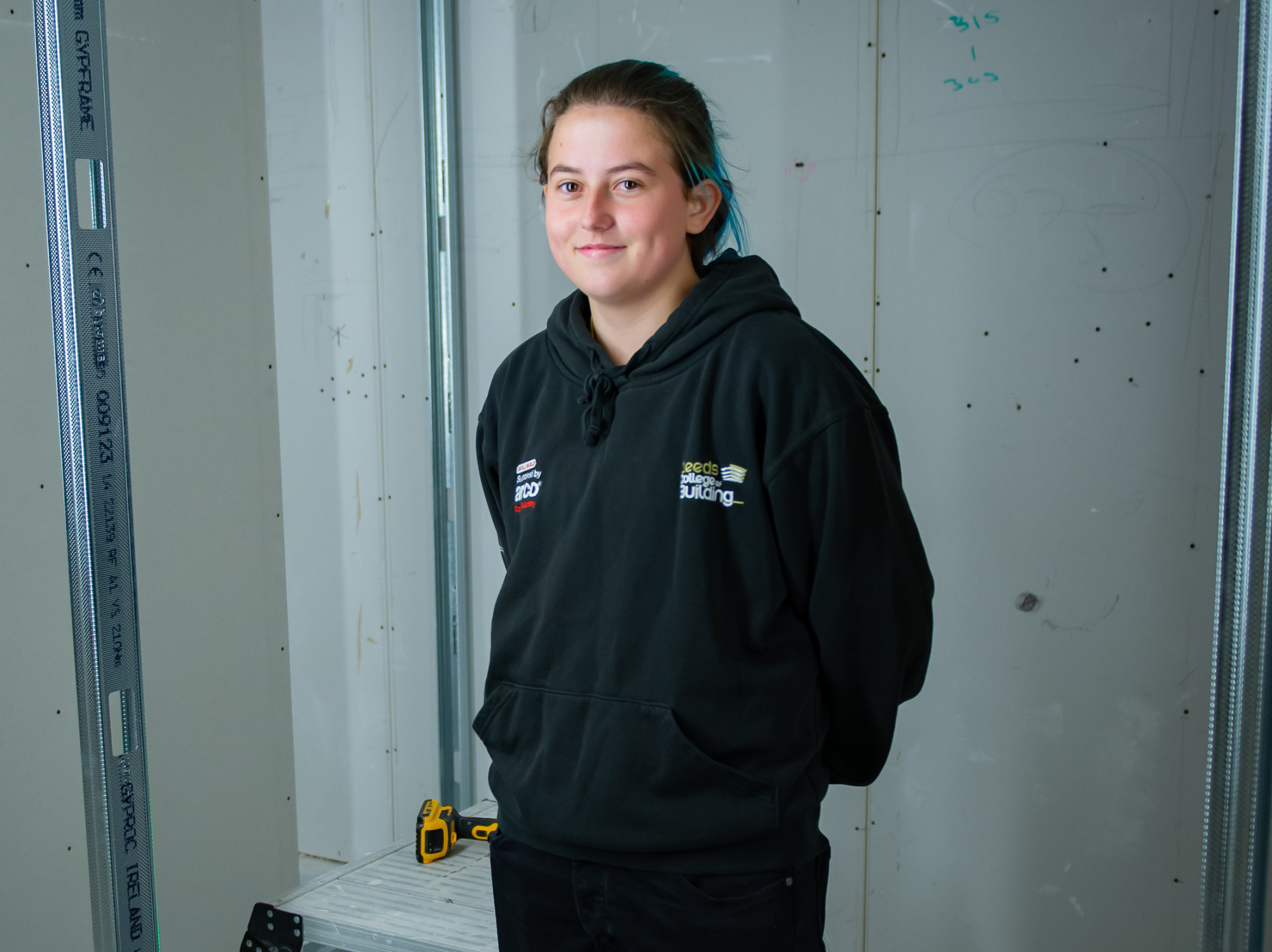 Staff at Leeds College of Building are elated after an unprecedented flurry of student award successes, with female students leading the way.

Medallists at the SkillBuild UK National Finals 2022 were announced after nearly 80 construction trainees went head-to-head over three days. The finalists underwent a seven-month process of regional heats and intensive training before competing in the national finals at Edinburgh College from 15 - 17 November.

At a special award ceremony presented by Steph McGovern in her Packed Lunch studio, a Leeds College of Building student took gold medal position at the largest UK multi-trade competition for construction trainees and apprentices.

"Having so many female students and future role models making such an impression on the construction sector is phenomenal,"

Often dubbed the “Skills Olympics” the competition is delivered by the Construction Industry Training Board (CITB) in partnership with WorldSkills UK and offers a chance for trainees to compete in a bid to be crowned winner of their chosen trade.

Zara said: “I wasn’t expecting it, but I was hoping I would [do well] this year as I thought I did so much better than [after entering SkillBuild] last year. Seeing my name for gold left me a little speechless and shocked. Having this under my belt will hopefully give me a step ahead in life.”

The SkillBuild UK success came soon after Leeds College of Building student Rebekah Woodend was pronounced BTEC Construction Learner of the Year in Pearson’s 2022 BTEC awards. Rebekah is studying for a BTEC Higher National Diploma (HND) in Construction & the Built Environment (Surveying). She is a mother of two young children, in full-time employment, and a carer for her partner.

Other Accolades for LCoB Students

The week prior, a Leeds College of Building Level 6 Civil Engineering Site Management Degree Apprentice employed at BAM Nuttall Ltd was named the Chartered Institution of Highways and Transportation (CIHT) Apprentice of the Year. Alisa Ahmad completed her Level 5 Apprenticeship in Civil Engineering in June before achieving an EngTECH MICE professional qualification shortly after.

Finally, Leeds College of Building apprentice Leora Wilson reached the finals of the National Apprenticeship Awards 2022 which took place at a special ceremony in London (30 November). Leora won Advanced Apprentice of the Year in the London regional final and was automatically entered into the national awards.

Pride in Staff and Course Offerings

Nikki Davis, the first female Principal & CEO of Leeds College of Building, said: “We are immensely proud of all our students and apprentices who have achieved recognition at so many prestigious national awards. These competitions are often the pinnacle of construction specialisms and only recognise the very best young talent in the industry. Having so many female students and future role models making such an impression on the construction sector is phenomenal too.

“Congratulations also goes to our dedicated staff working tirelessly to unlock the capabilities of our students. They offer endless encouragement across diverse subjects from civil engineering and transport planning to trade crafts and surveying. The skills that students gain from college and hands-on work experience with our exceptional employer partners truly transform lives and are helping to boost the skills needed for a robust regional and national economy.”

LCoB is clearly a home for those looking forward – a recently-approved Construction Support Technician (CST) Apprenticeship is the result of two and a half years of collaboration between Leeds College of Building, a network of employers, professional bodies CABE & CICES, associations TICA & CECA, and major contractors across the construction and built environment sector.