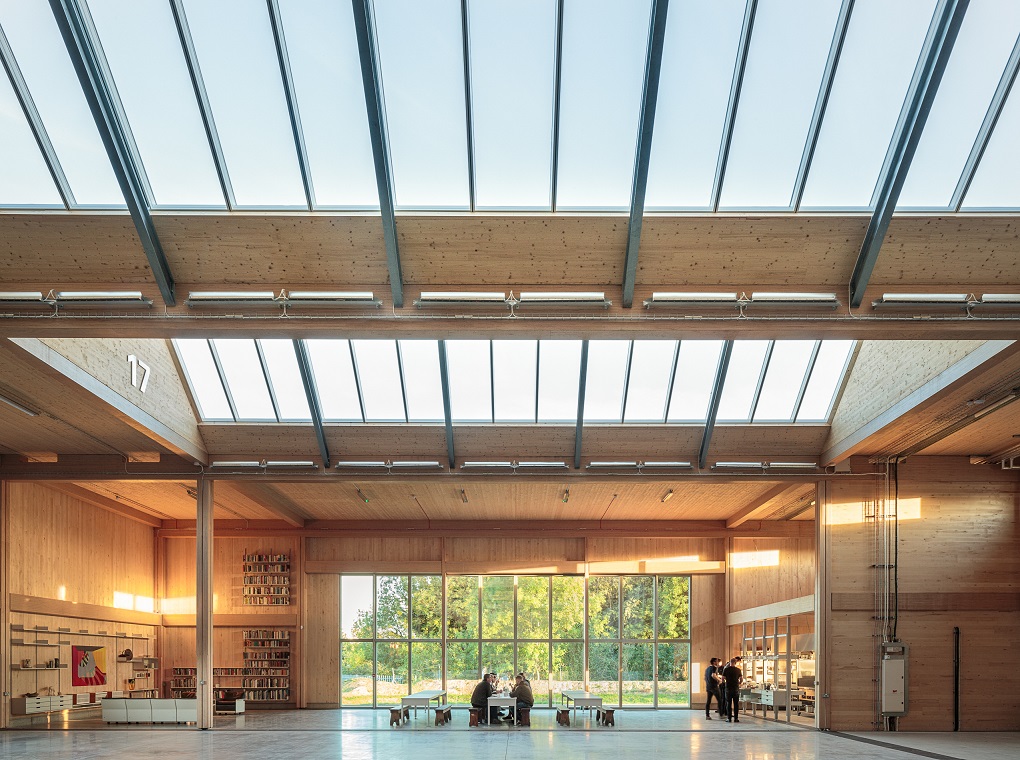 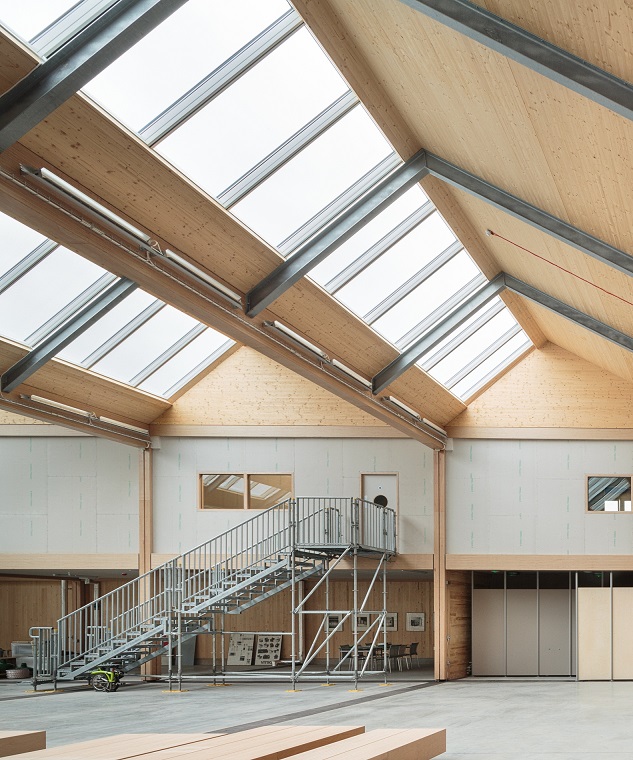 When Vitsoe, makers of minimal-modernist furniture, decided to build a new HQ and factory in Royal Leamington Spa Velux modular skylights were incorporated.

Typically for this company, that began designing furniture for the German market in 1959 before moving to the UK in 1995, the new HQ concept was unconventional, yet created a building with high levels of natural light and ventilation. The defining characteristic is that it creates a space where people enjoy working and are more productive.

The approach was to treat the building design process as a furniture system in itself, just like Vitsoe’s 606 Universal Shelving System, with the theory being that it could, if they wished, simply be taken to pieces and re-erected elsewhere.

Central to the design is the saw tooth roof, providing high levels of daylight and natural ventilation through 240 northlights created using the Velux system.

Much of the design for the project came from eminent yacht designer Martin Francis and his friend Vitsoe MD Mark Adams. With a strict budget the challenge for the pair was to use a select number of high-quality components that would form a kit of parts, allowing the building to be adapted for future requirements.

The interpretation of the brief was to create an economical, strong, yet elegant sawtooth roof-form that maximised indirect light, with banks of Velux modular northlights forming the main visual and functional element. the northlights can be angled between 25-90 degrees to allow optimum levels of daylight to reach the rooms below. They are available in a variety of lengths and widths. The northlights at the Vitsoe factory provide soft and reflected lighting with minimal glare.

Picture: Velux modular skylights have been incorporated into a new HQ and factory in Royal Leamington Spa.

The Facilities Show and the Protection Series run June 21-23. below are some first day highlights   Active FM Active FM covers a number of workplace...