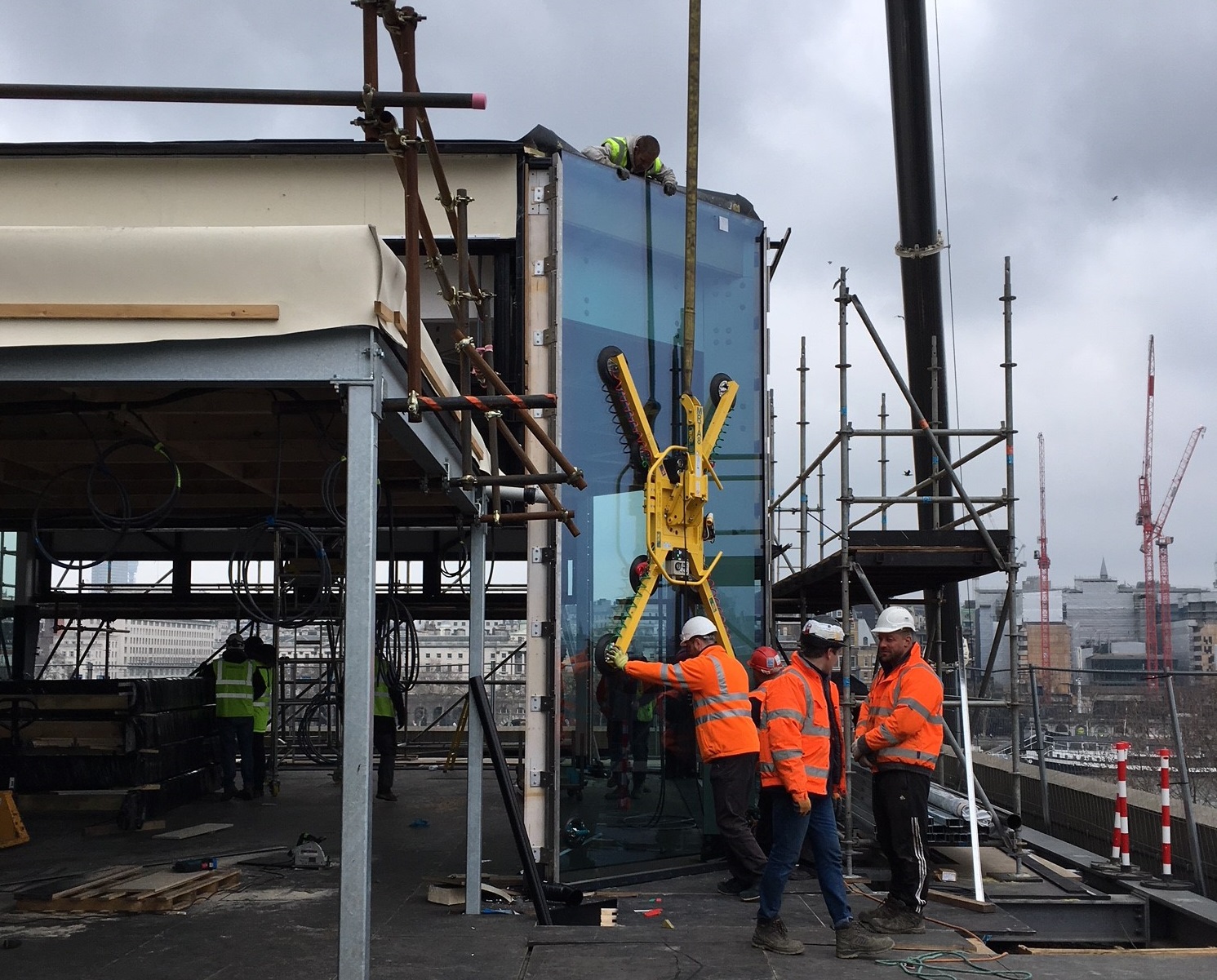 The Deck at National Theatre continues to take shape following the glass installation. The project has entered the second phase of the build. Replacing the temporary structure originally built in 2007, the new event space is set for completion this summer.

This complex riverside project is being conducted in four phases, with work almost complete to install sliding glass screens which will open up the space to the external terrace. This will create a free-flowing space, which embraces both indoor and outdoor elements.

Set against the iconic urban architecture and statement concrete backdrops of the theatre, the contemporary screens will distinguish the impressive structure from others on the Southbank, enhancing the venues unique riverside location and ensuring panoramic views of the London skyline become a statement feature of the new venue.

The project is being designed by Haworth Tompkins, in collaboration with specialist fabricators Stage One Creative Services. Haworth Tompkins completed NT Future, a hugely successful £80 million redevelopment of the National Theatre, in May 2015.

Tineke O’Brien, Head of Commercial Events and Business Development at National Theatre, said: “It has been great to see the advancement of the project so far. The installation of the glass screens has really bought the structure to life and we are so excited for the continued progress in the coming months.

“We have worked closely with our partners and suppliers to ensure the iconic architecture of the National Theatre is respected and the new venue is designed to enhance the features of the building, with materials selected for longevity and sustainability.

“As one of the venues of choice for creative, design and production agencies in London, the exciting renovation of The Deck will cater for the growing demand for inspiring and contemporary event spaces in the heart of London.”

Picture: Glass going in to The Deck project at the National Theatre on the south bank of the Thames.